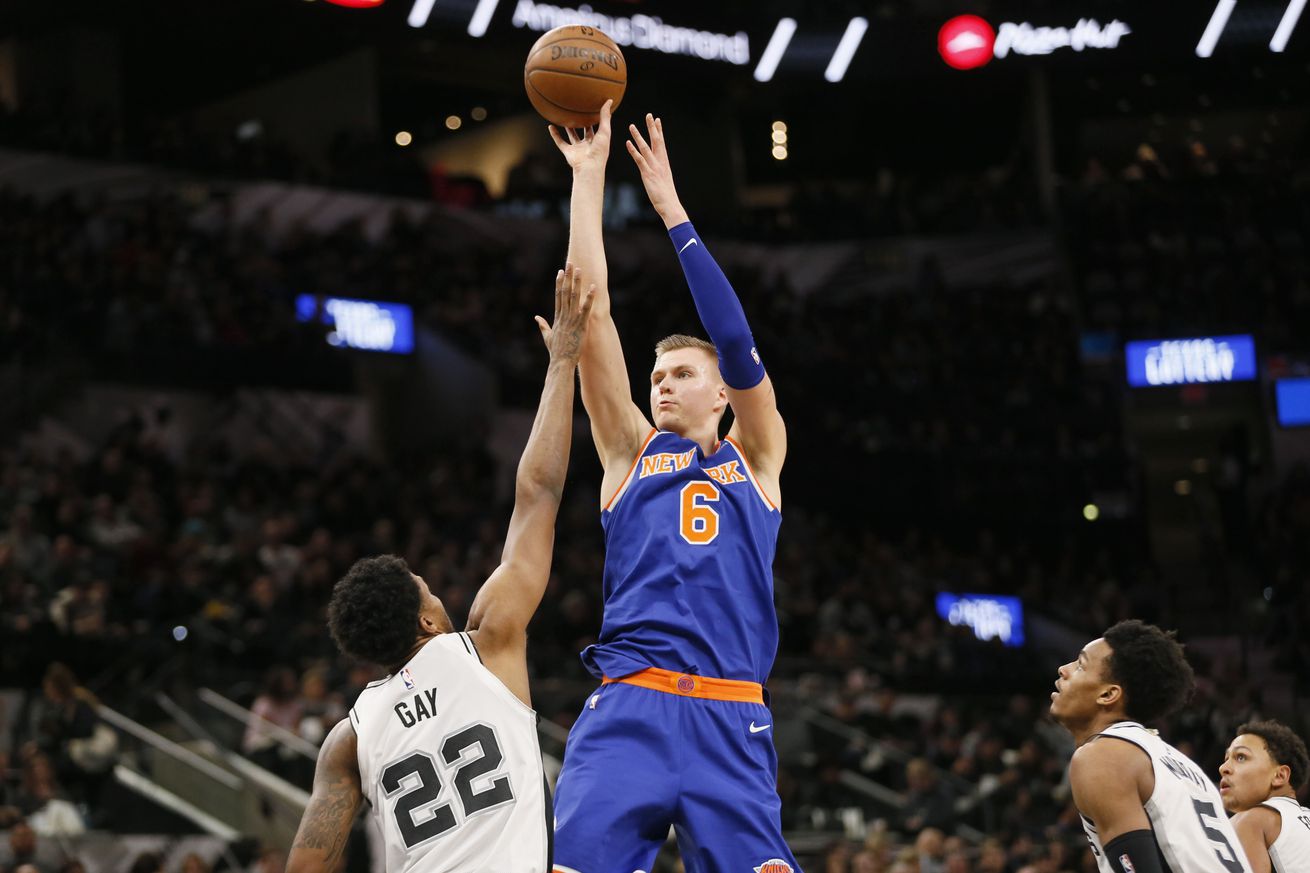 The once fabled Southwest Division is heating back up.

New York Knicks star Kristaps Porzingis reportedly met with management today and expressed his dissatisfaction with the direction of the program, which left the franchise with the impression that he was requesting a trade. Initially it was being reported once again that the Spurs are among a handful of teams that are interested in the Latvian forward.

However, just as soon as this bit of news came out, Woj got flattened by his own bomb as it is now being reported that the Dallas Mavericks are finalizing a deal for Porzingis.

Well, never mind then. Just when it seemed like the once fabled Southwest Division was slipping even further down the rung with Anthony Davis requesting a trade from the Pelicans and the Grizzlies putting Marc Gasol and Mike Conley on the docket (not to mention the change the Spurs underwent last summer), it just got a big boost with the Mavs landing their second European star this season.

Mark Cuban’s club has been aimlessly wandering the plains ever since he blew up their lone championship-winning team after 2011, but as the Dirk Nowitzki era closes it looks like the Spurs’ IH-35 rivals may finally have an answer to return to relevancy. Luka Doncic already has them back in playoff contention, so if they can keep Porzingis on board after this season they just might have to be respected again.

Porzingis has missed all of this season with a torn ACL that is expected to be re-evaluated in mid-February. In his three seasons with the Knicks, he averaged 17.8 points and 7.1 rebounds with one All-Star appearance.