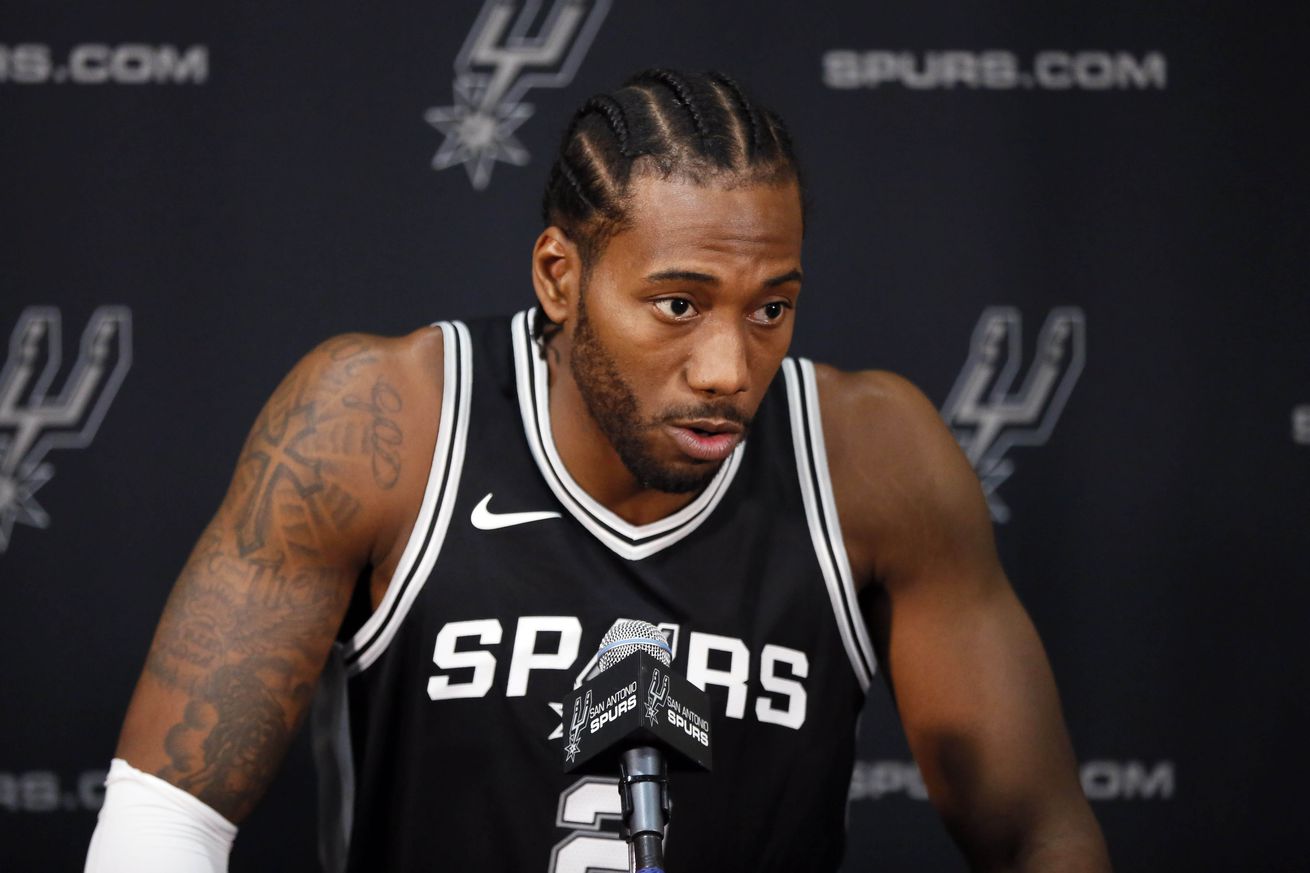 When Pop says “last steps” things are looking up.

I know, I know, it’s the ongoing saga of the San Antonio Spurs. Look at our Open Thread and read the road-weary comments of die-hard Spurs fans tired of the game of peek-a-boo the team seems to be doing with anything approaching a specific date for Kawhi Leonard to return.

Leonard has played sessions of 5-on-5, going both half-court and full. At shoot-around this morning at the FedEx Forum, Leonard practiced with the full team for the first time, Popovich said. “Those are the last steps,” Popovich said. “That’s what (Tony Parker) did before he came back.”

“When he says, ‘I feel I can go,’ then he’s got to convince me,” Popovich said. “Because I’m going to err on the conservative side. We’ll see. He’s too valuable to bring back early.”

Can’t argue with Pop on that. Whether you agree with his arbitrary recuperation schedule or the defining point pertaining to this therapy itself, Pop will not bring back Kawhi until there is a belief that this quadriceps injury will not sustain more damage and keep his star player out any longer than necessary.