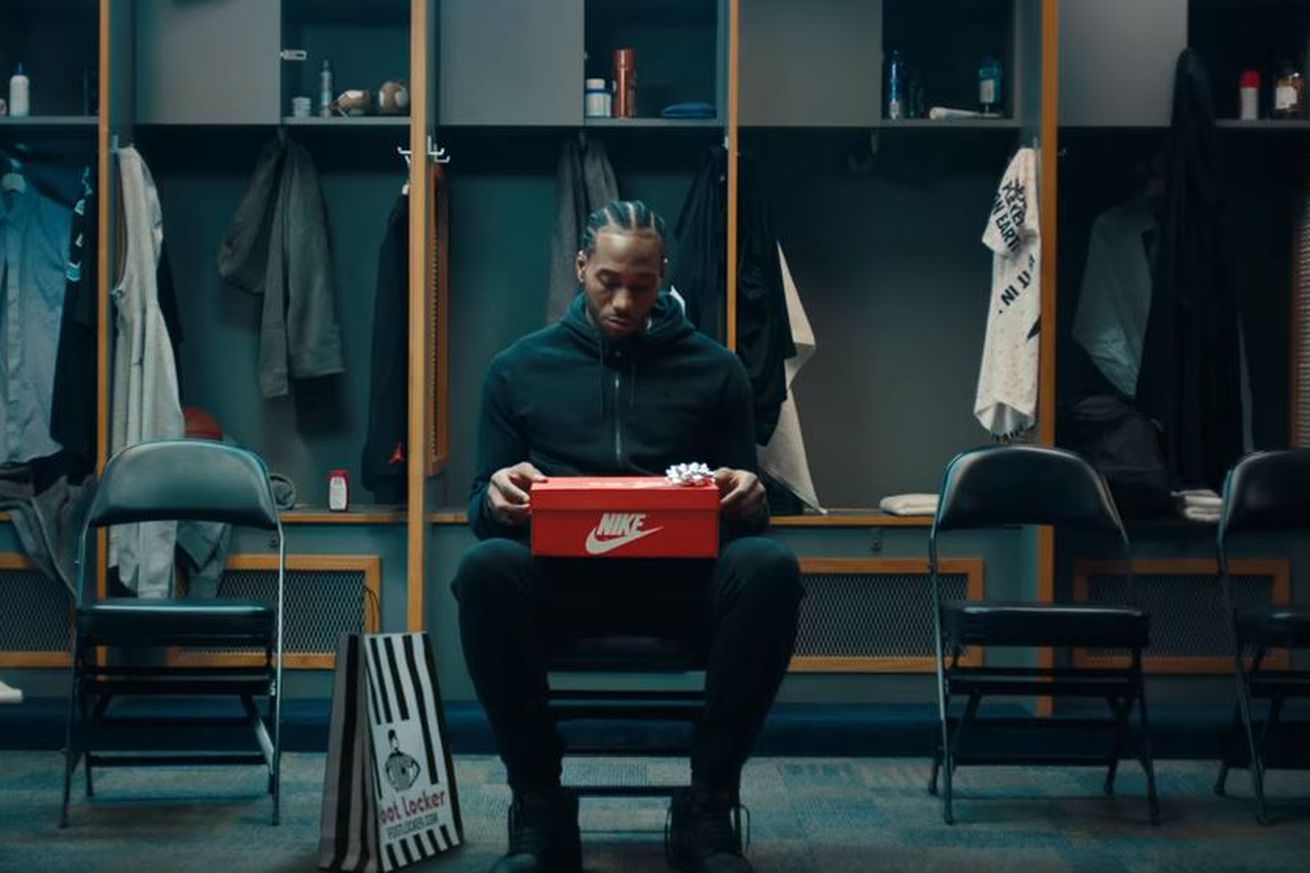 Drop everything and take 60 seconds to have your world flipped upside down, because everything we thought we knew about Kawhi Leonard is wrong. He’s not only able to carry national commercial, but he even shows off a bit of his acting chops.

Here’s what Kawhi had to say about the ad:

“I had a ton of fun partnering with Foot Locker and Jordan Brand to show off another side of my personality that most fans don’t get to see every day,” said Leonard. “Being part of a holiday campaign that pays homage to the original ‘Be Like Mike’ Gatorade ad is really special.”

So the Spurs star might not actually be a black belt in karate after all, but if it was all in service of a cool commercial (and a national one that he actually speaks in) I’m .

One of the things I love about the ad is the realism. After all, that’s about as much as he would say in an interview like that, right?

The smile at the end I chalk up to creative license.

The spot features the new Gatorade AJ1s, which launch in four bold colors — Orange, Lemon Lime, Grape and Blue Cherry — on Dec. 26. Foot Locker is the only retailer carrying all four colorways and will also release the Air Jordan VI Gatorade on Dec. 30. The Air Jordan VI Gatorade draws inspiration from Gatorade’s iconic bottle design and the brand’s 1991 “Be Like Mike” campaign.