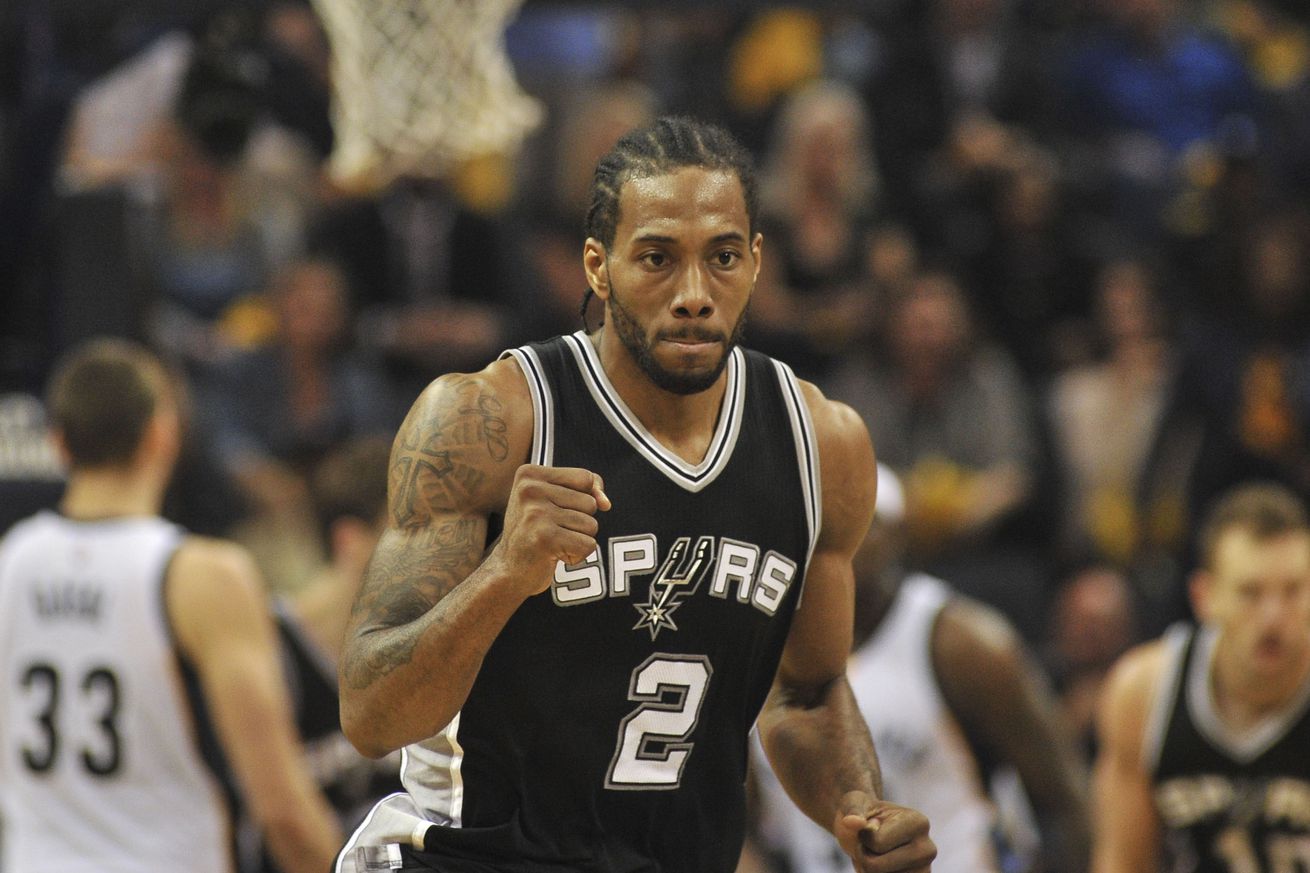 As foretold a half-decade ago, Leonard continued to carve his own path to becoming a full-fledged NBA superstar.

In 2012, shortly before Kawhi Leonard’s second NBA season, Gregg Popovich was asked where he saw the young forward five years down the road. His response, which seemed bold at the time, is now hilariously prophetic:

I think he’s going to be a star. And as time goes on, he’ll be the face of the Spurs I think. At both ends of the court, he is really a special player. And what makes me be so confident about him is that he wants it so badly. He wants to be a good player, I mean a great player. He comes early, he stays late, and he’s coachable, he’s just like a sponge. When you consider he’s only had one year of college and no training camp yet, you can see that he’s going to be something else.

Five years on, nothing feels out of reach for Leonard, a 2016-17 finalist for both Most Valuable Player and Defensive Player of the Year. The Klaw ensured the post-Duncan Spurs didn’t skip a beat in what some people thought would be a down year, leading them to 61 wins and a conference finals match-up versus the champs, before calamity stepped in.

While he remained an elite defender, Leonard’s biggest improvements last year came on the offensive end, where he matched a career-high usage rate (31.1%) with incredible efficiency. His scoring (25.5 ppg), assists (3.5 apg) and free-throw attempts (7.2) all shot up, while keeping his true-shooting percentage (61.1%) high and his turnovers (2.1) low.

He didn’t work out with Kobe Bryant over the off-season, as was rumored, but you could see shades of Kobe early on in the way he was able to draw contact and in how he embraced being a greater focal point on offense.

The time-of-possession stat I noted a few months ago shows Leonard’s evolution into more of a playmaking forward, with the playoffs serving as a bridge between seasons. It gives an idea of how much the one-time defensive specialist has improved, as well as what we might be able to expect next season, provided the Spurs don’t sign a certain Point God.

With a better all-around game, Leonard looked more comfortable than ever in end-game situations, serving up plenty of last-second heroics in 2016-17.

Kawhi Leonard just hit a game winning shot and Clutch Block on James Harden and of course didn’t even crack a smile pic.twitter.com/oyuGrutaDK

He followed that up with a historically great 2017 playoff run which, as we have all lamented, ended too soon. He set career-playoff-highs in points twice in the Grizzlies series and put up a 37.3 PER, before outshining James Harden in a six-game victory over the Rockets. In his half-game against Golden State, he was easily the best player on the floor and had the Spurs well on their way to stealing Game 1 on the road, right up until he re-injured his ankle.

Leonard may not take home either trophy he’s up for Monday night, and I don’t see a point in re-opening his MVP case right now. In my eyes, there isn’t a better player to build around heading into next season, given both what he accomplished last year and the trajectory he’s on at just 25 years-old.