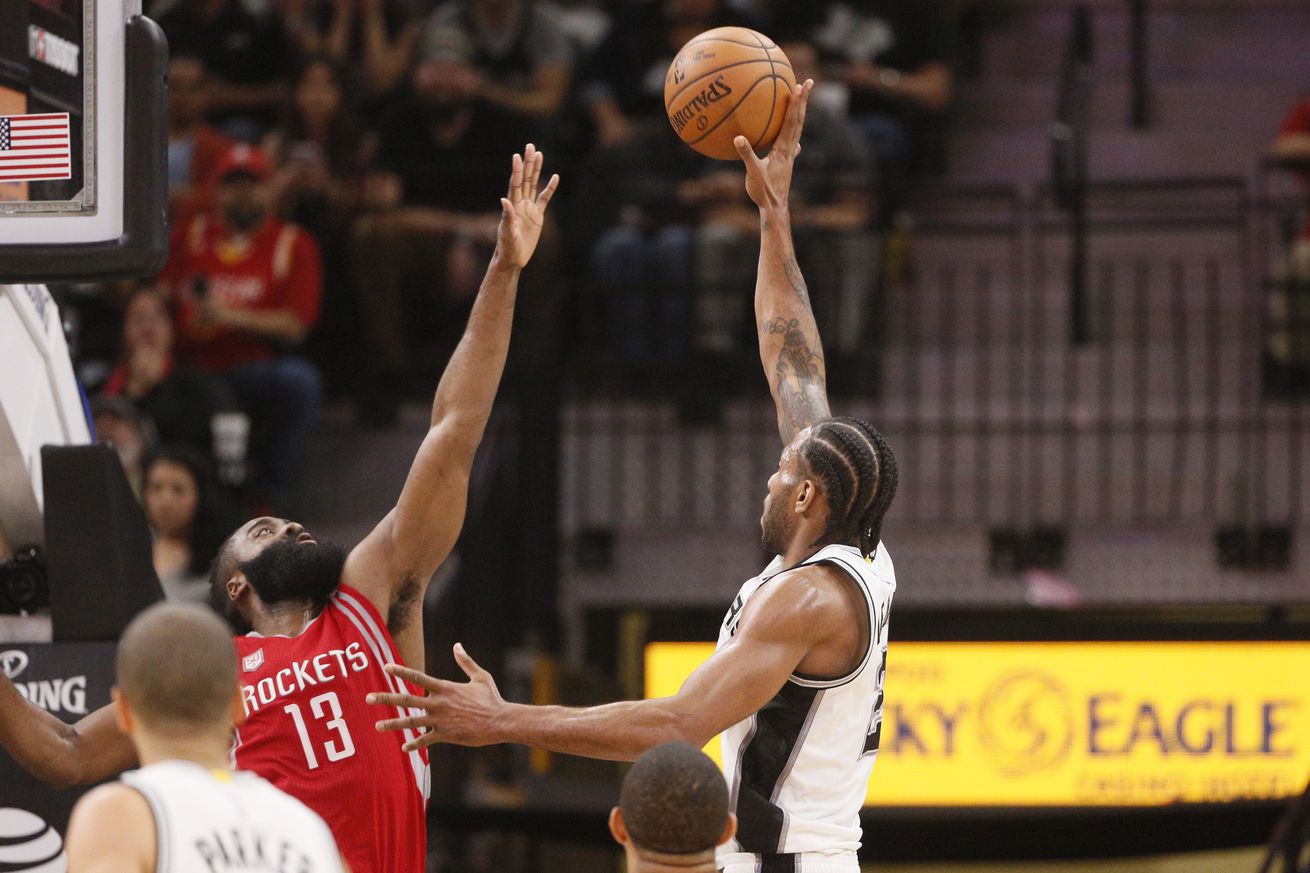 SportCenter’s late night host had some poignant things to say about the Spurs’ best player.

In case you haven’t noticed, after the Spurs beat the Rockets on Monday night, Kawhi Leonard has been the subject of the kind of media scrutiny that only focuses on a certain kind of player: one that’s making his case as league MVP. If you were unaware that this was happening, and probably even if you know about it, here’s the best expression of that high level of regard.

I don’t watch much ESPN any more, but SVP is one of the guys I don’t mind listening to, and here he eloquently describes the reason the league’s observers are reacting the way they are to watching Kawhi do something awesome.

As he says, Kawhi has been doing this all year and “…he just wants to put in the work and be great — the ancillary nonsense holds no appeal to him.”