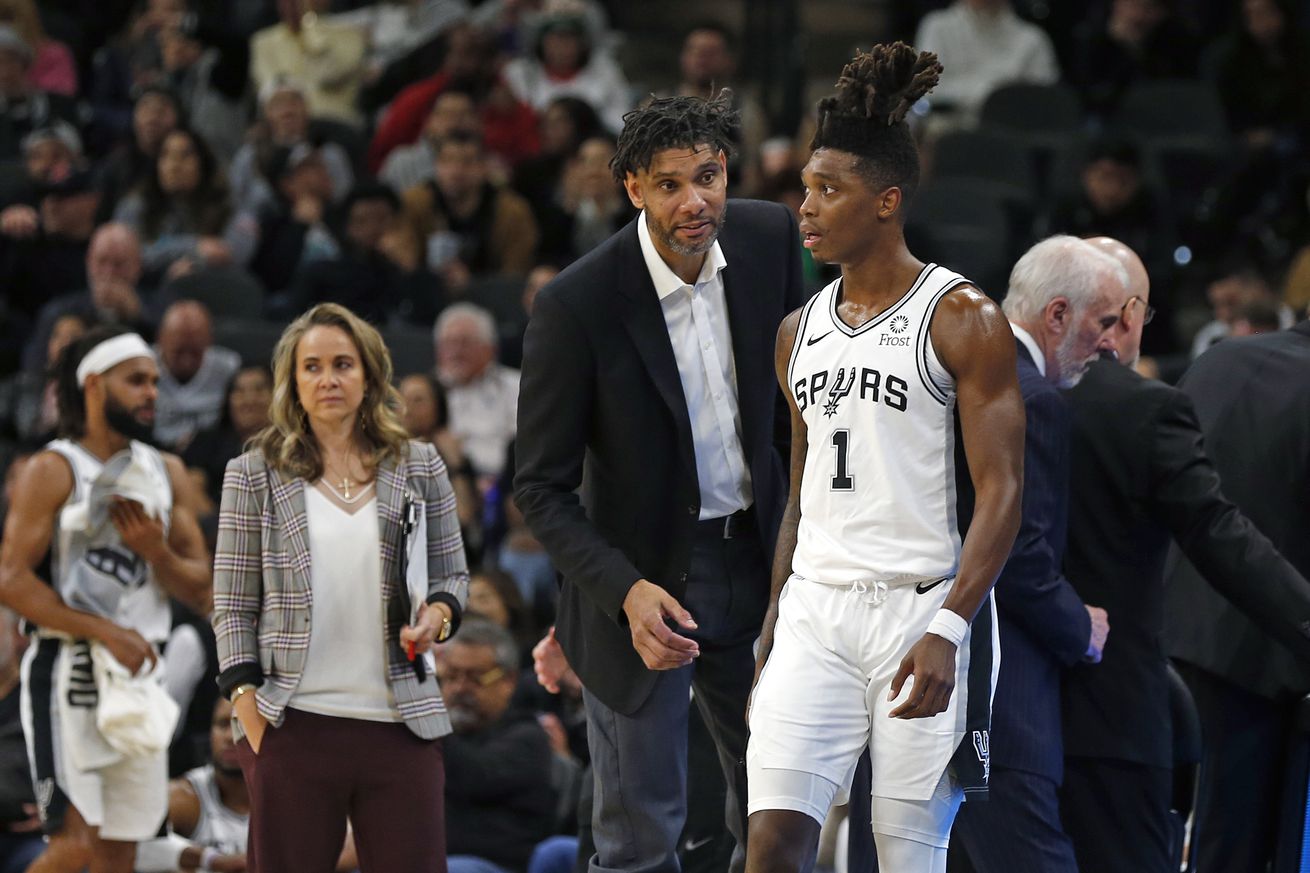 Big Fun is just as unique as an assistant coach as he was as a player.

This may have been said a few times by now, there’s something extremely satisfying about having Tim Duncan back with the Spurs. One thing I’ve always personally enjoyed about sports is when players recognize that it’s just a game at the end of the day and shake hands, sometimes even hug when a hard-fought battle is over.

In that sense, win or lose, at the end of games (and sometimes before) I keep finding myself watching as all the opposing players and coaches make their way through the crowd to visit with the soon-to-be Hall of Famer. It doesn’t matter if they’re old teammates, rivals, or youngsters who never got the honor of facing him; there’s too much respect in the game to ignore Big Fun.

However, Duncan is more than just a showpiece on the Spurs bench. He’s there because he sensed the team needed him, and although he has put media interviews off limits, his presence is most important and appreciated by the current Spurs roster, who are working their way through their most challenging season since he was still at Wake Forest.

As Patty Mills told ESPN’s Adrian Wojnarowski in a recent episode of The Woj Pod (be sure to check that out if you haven’t already), Duncan’s presence alone has had a huge impact on the team overall.

It just makes you put your “alerts” up and your ears stand up. Whether it’s to behave or do the right things or whatever it may be, that’s the type of presence that he has.

It’s another part of this moving, transition puzzle that we’re going through. Timmy has always been that core part of this organization. To have him back and more involved in that sense is a stabilizer.

Every practice and every pregame warm-up, Timmy slips on his signature knee brace and goes to work training the current Spurs. He didn’t have to do all this. He could have kept enjoying the retired life and only showed up to Spurs practices when he wanted to (which was still relatively frequent even before this season), but here he is today, traveling to every road game like the old days because he knows he’s needed. Imagine what working with a legend like him does for the confidence and psyche of a young player like Lonnie Walker IV day-in and day-out?

We’ve already seen that he has the right mindset to be coached by the notoriously tough-to-please Gregg Popovich, but one has to imagine that through the tough start to the season, Duncan was likely whispering in Lonnie’s ear not get down and advising him on the in-and-outs to earning a spot in Pop’s rotation, and he likely still is.

Whether this season is just a temporary career for Duncan until Pop can fill the void on his staff or a new calling for him remains to be seen, but everyone, from Spurs players to fans and even opponents are always happy to see him. That’s the sign of a true legend and the real respect he has earned.

tim duncan raining threes looking like he could still help a contender pic.twitter.com/uXVdVunxup