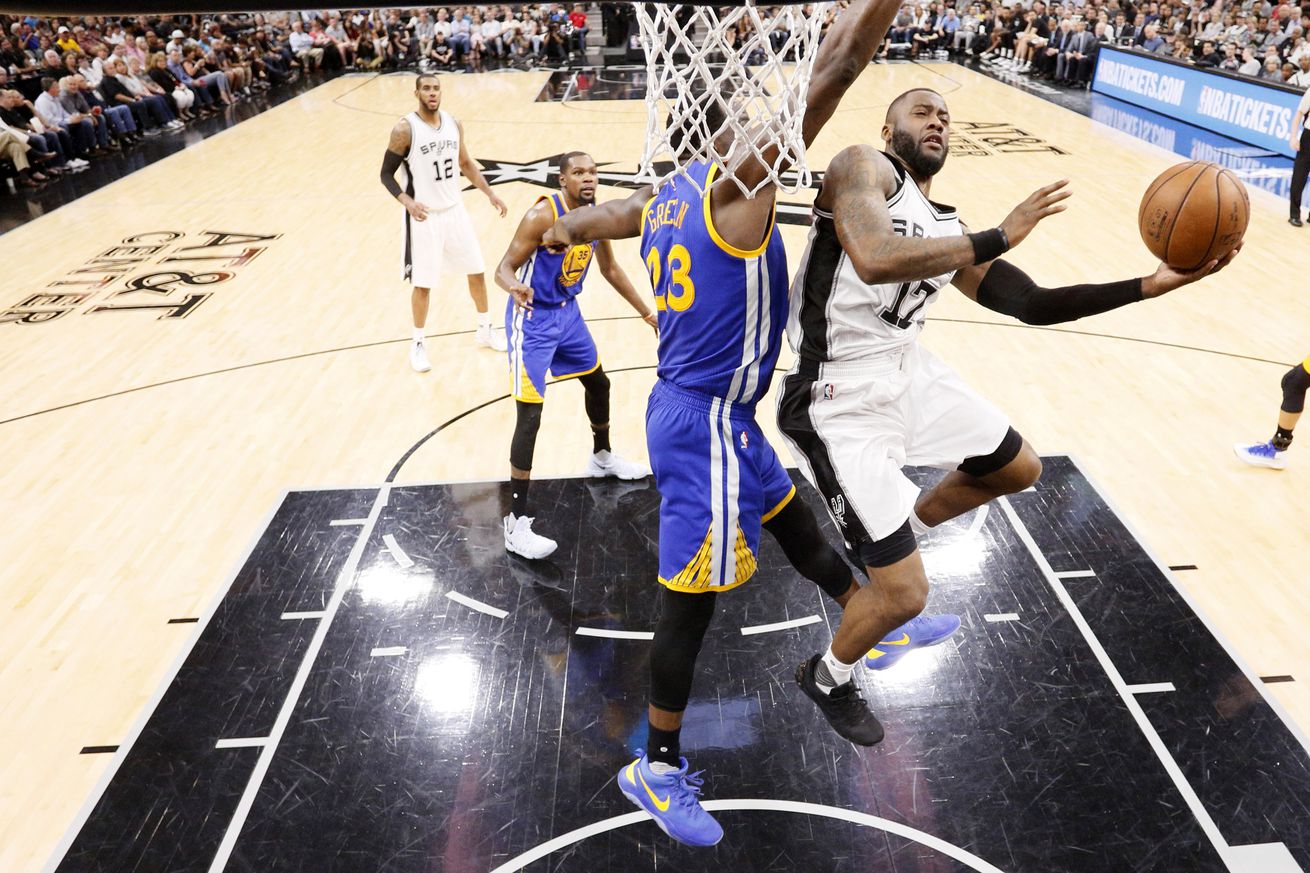 At the start of free agency, multiple reports suggested that the Spurs were preparing a long-term deal for Simmons, including one from Mark Stein:

That tweet from Stein was the last news we heard on the Spurs’ front regarding Simmons. No deal has been reached between Simmons and the club, and it’s being reported that he will take free agent visits this weekend. According to Shams Charania of The Vertical, the Timberwolves, Clippers, and Kings are all scheduled to meet with Simmons.

With these meetings in place, the Spurs may now have to reach out of their $9 million per year comfort zone to retain Simmons, who is coming off of the best year of his career. With Manu Ginobili’s status up in the air, Colorado rookie Derrick White is currently the team’s next best option at shooting guard behind starter Danny Green.

Since Pop is reluctant to give rookies big minutes, especially early in the season, signing Simmons is a presumed priority for the organization heading into free agency. While that likely remains the case, it will be interesting to watch just how far out of their comfort zone the Spurs will go, should Simmons sign an offer sheet with an opposing club.

Simmons averaged just 6.2 points 2.1 rebounds, and 1.6 assists off the bench for San Antonio last season, but was a catalyst offensively for the Spurs in the playoffs after Kawhi Leonard’s ankle injury. He posted 10.5 points per game on 46% shooting in the postseason.