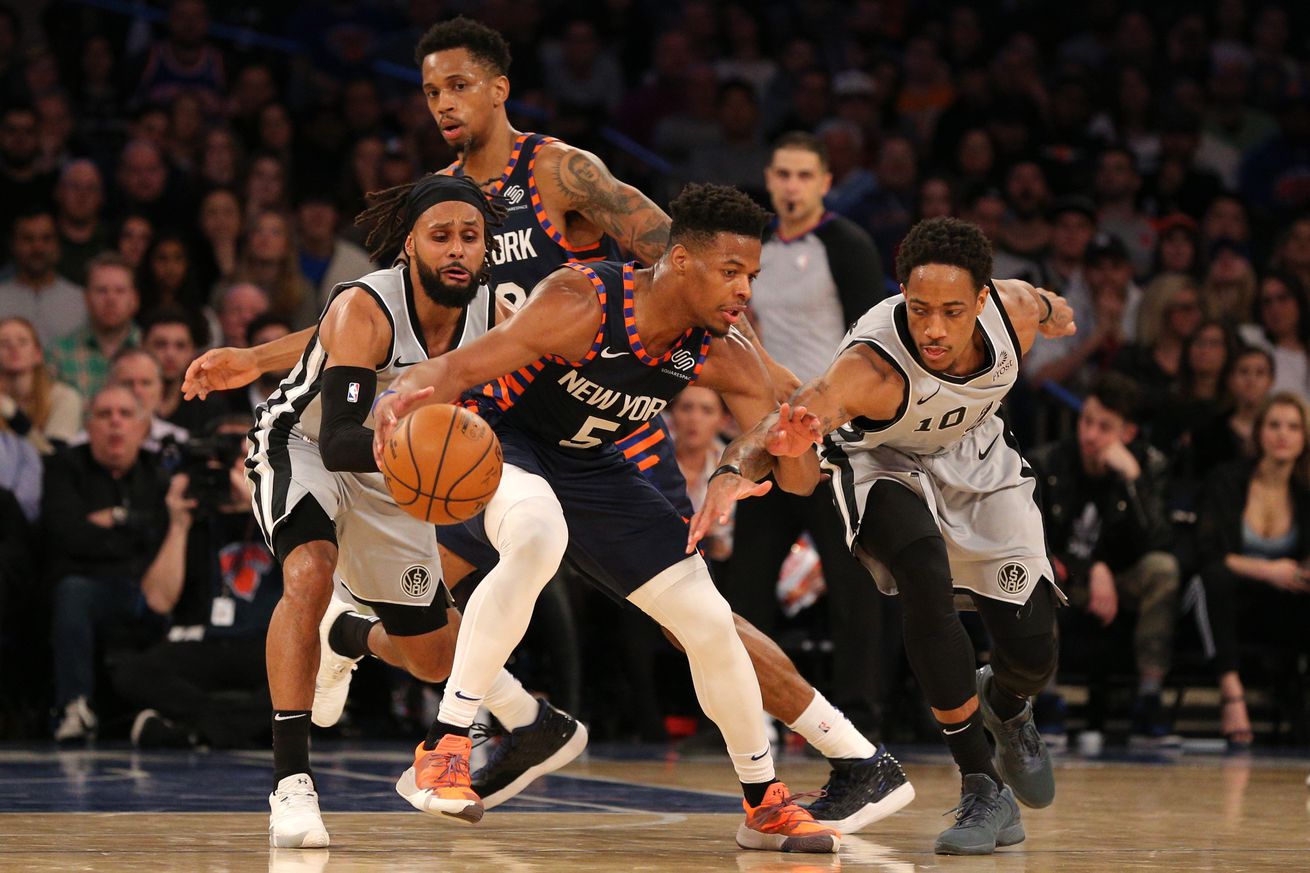 Welcome to the game thread. The Spurs have shown that they can compete against anyone at home, and they are going to need to pile up the home wins late in the season to secure a playoff spot. The last time these two teams met, the Spurs were easily defeated by a tanking Knickerbocker team at Madison Square Garden as the Spurs went 1-7 on the annual Rodeo Road Trip. Tonight’s game is in the AT&T Center, where the Spurs have been a much better team on both sides of the court, so they should be able to secure a victory if they respect the game and their opponent. If they don’t, the Knicks have plenty of athletic young players that can take advantage of lackadaisical play by the home team and steal a win. Go Spurs GO!