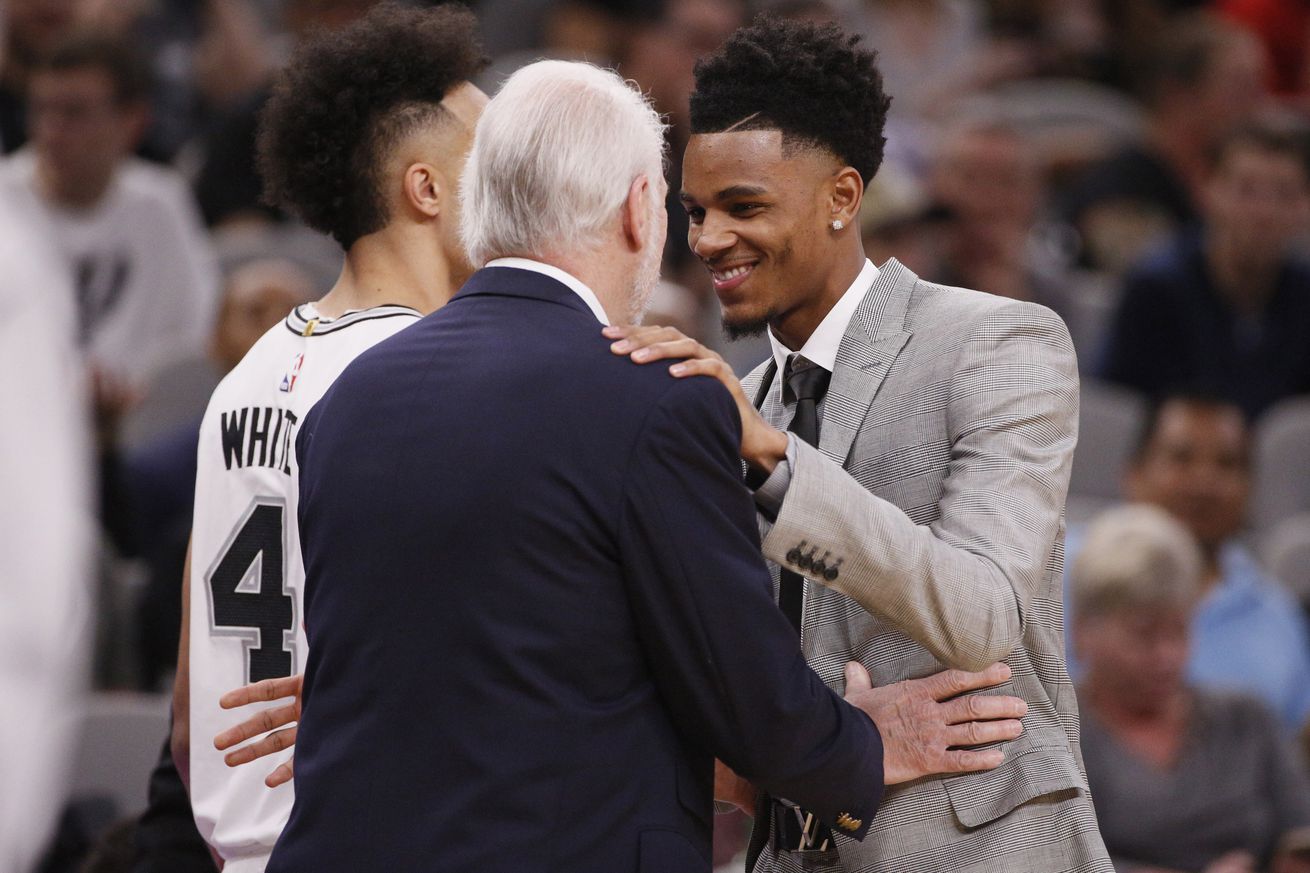 I don’t have much to say except, for me, this was the season of Dejounte. I was so perplexed by his injury. I was at that game. At first I wanted to blame James Harden who was covering Murray. But the replay showed it was just an unfortunate accident.

In typical Spurs fashion, the season of Dejounte soon became the season of DeMar DeRozan, and then Bryn Forbes and then Derrick White…(and even some Davis Bertans mixed with a little Marco Belinelli renaissance)…and Jakob Poeltl. Your get the picture. And the Spurs do what they do.

Gregg Popovich brings out the best in everybody. Not just players. His coaches, his staff. Heck, have you ever had the Bavarian pretzels at the AT&T Center. Pretty special. I think Pop’s magic knows no bounds.

So seeing the young defensive stalwart on the sideline dying to suit up made my day. The win made it even sweeter.