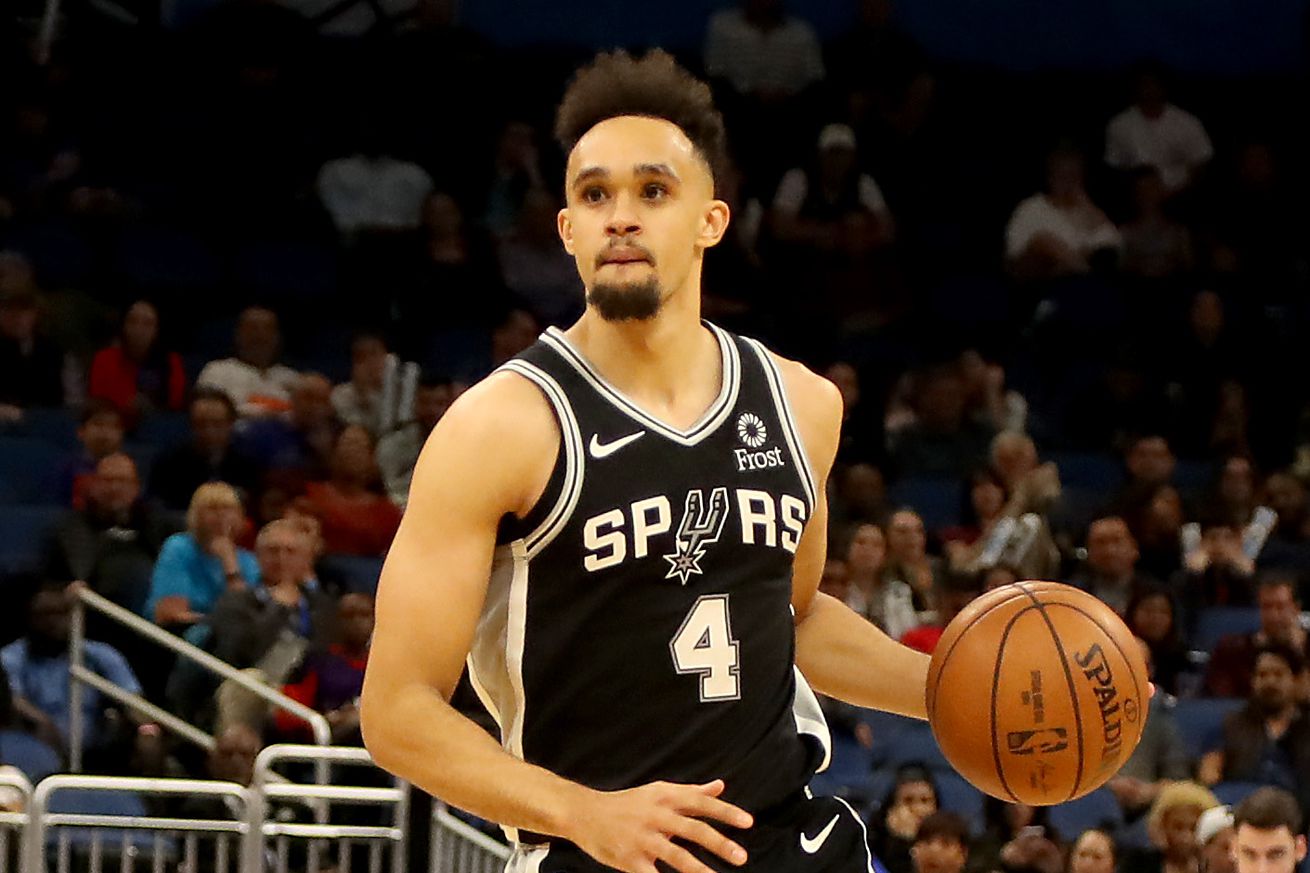 Top 100 player lists are usually something that is saved for the offseason, whether it is ranking players from the season before or predicting where they will fall in the upcoming year. However, Bleacher Report has decided to take on the unusual and in their words “thankless” task of putting together a mid-season Top-100-player list.

Before diving in, a few requirements to keep in mind for their list include sticking to just this season when deciding rankings, a player has to have logged at least 500 minutes so far, availability is a factor, and more than just scoring matters here (can’t disagree with that).

With that in mind, one Spur failed to qualify based on total minutes (Pau Gasol), and players who just missed the cut include Davis Bertans, Rudy Gay and Patty Mills (in no particular order).

LaMarcus Aldridge doesn’t get as many chances to operate with offensive autonomy while playing within the stricter confines of the San Antonio Spurs system, but it’s reasonable to believe he could match Vucevic’s individual impact if granted the opportunity. Instead, he’s content to soldier on as an offensive force flying well beneath the radar, bouncing back nicely from an ugly start to his 2018-19 efforts with play more like what we saw during his All-NBA efforts the season prior.

Dating back to the beginning of December, Aldridge has averaged 23.3 points, 7.0 rebounds, 2.5 assists, 0.7 steals and 1.2 blocks per game while slashing 57.8/42.9/85.2. He’s resumed functioning as a go-to scorer who can get buckets from all over the floor, regardless of whether Popovich is calling his number or he’s taking what comes within the flow of the ball movement-heavy offense.

Leave it to San Antonio Spurs head coach Gregg Popovich and the rest of his coaching staff to completely alter DeMar DeRozan’s playing style after the 2-guard had unsuccessfully attempted to overcome the same weaknesses for the better part of a decade. Admittedly, the three-point strides made in previous years have all but disappeared in the Alamo City. But from their ashes, other skills have emerged.

DeRozan is averaging a career-high 6.4 assists per game without a substantial uptick in the turnover department, and he’s earning the first positive defensive box plus/minus of his professional tenure. He might not be as dangerous a go-to scorer as in years past, and that’s usually what made him the most valuable. Instead, he’s playing strong two-way basketball with a more well-rounded game than ever before.

However, the surprise is more at the bottom (or in this case top, because it’s a count-down) of the list: Derrick White at 94th.

A first-round pick in 2017, Derrick White is finally getting an opportunity to strut his stuff as the San Antonio Spurs’ starting floor general. Even if he eventually relinquishes that job to a healthy Dejounte Murray, his time spent proving himself as a defensive stalwart who can handle both scoring and distributing responsibilities on offense has ensured him a rotation role moving forward. White’s ability to avoid bad-pass turnovers is particularly impressive, as he’s averaging fewer than one per appearance.

Derrick White a top 100 player in the league so far this season? I can’t argue too much with that. He has been highly impressive lately, although that Injury and Small Sample Exclusions page (which doesn’t include players like Murray, who hasn’t played at all) should be taken into account when deciding if he is a truly top 100 player in the league beyond just what has happened this season.

Perhaps my only question regarding his status is not where he falls, but has he actually been better than Gay this season? You can’t point to injury since White has only appeared in one more game. Gay’s numbers are higher across the board, and just about everyone here can agree that Gay is just as vital, possibly even a little more so, to the Spurs’ success. Maybe White just stands out more to the average viewer since he has made a huge leap this season, while Gay is pretty much the player he’s expected to be (which is still very good).

Perhaps the answer is similar to what we saw in this week’s In the Bonus, where there was no consensus on who the Spurs’ actual “6th Man” is, but everyone agreed they are all important because everyone plays their own vital role in a team-wide effort. A similar case could be made for Gay and White: they are both versatile, two-way players who play perhaps the two biggest roles on this Spurs team behind their two stars, and it’s up to you to decide which one is better.

So what do you think, Pounders? Does BR’s Top 100 players seem right to you? Is anyone too high, too low, snubbed, etc? Let us know in the comments below!