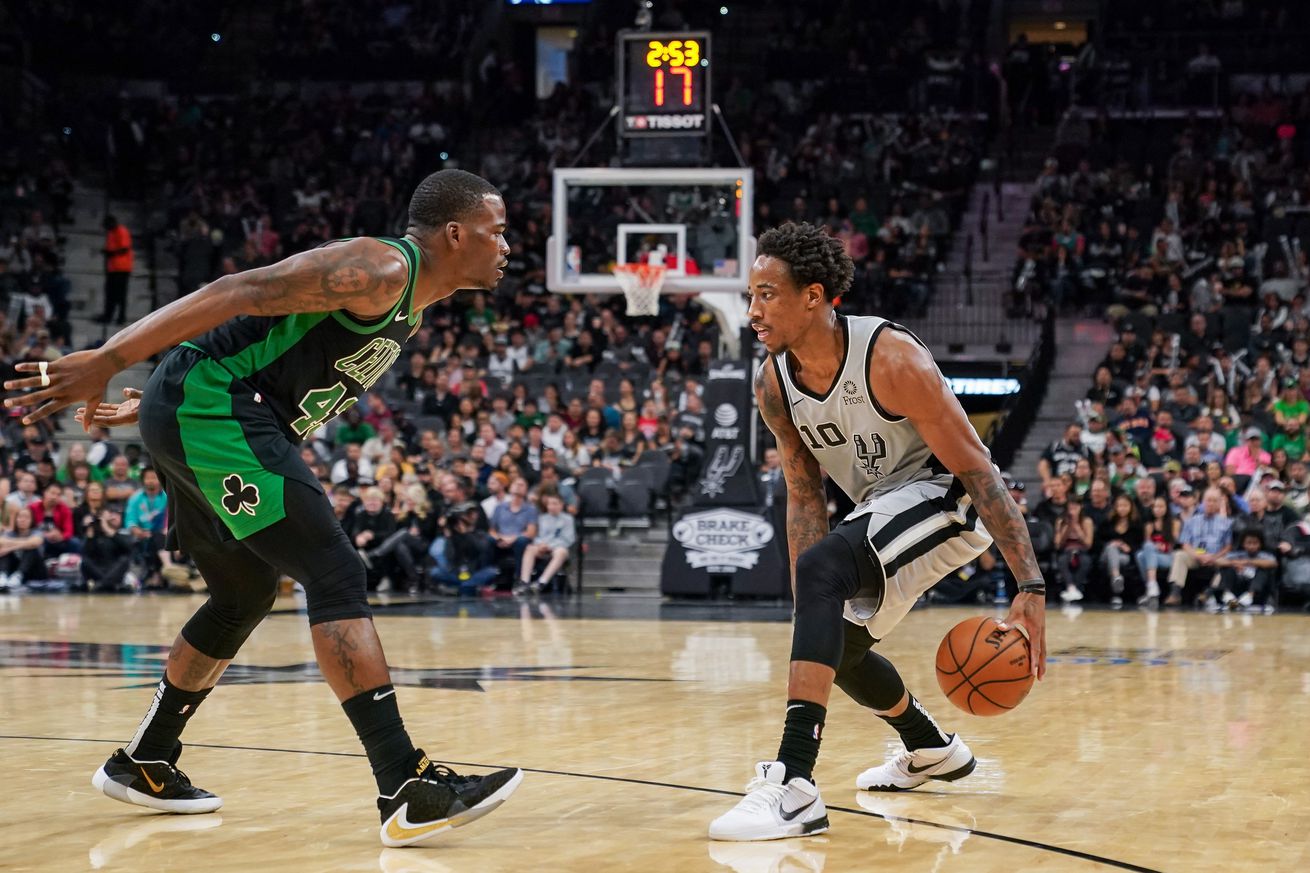 The Spurs’ defense got exposed in a blowout loss at home.

A horrific first half doomed the Spurs against the Celtics on Saturday. San Antonio looked sloppy early and paid for it against an opponent that pounced on the opportunity to create separation and cruise to a 135-115 win on the road.

There’s not a lot to say about the Spurs’ problems against Boston that hasn’t been explored before. Turnovers have been a headache all season and have exacerbated the already obvious issues with transition defense. The offense gets stagnant fast, especially when the starters are in, and LaMarcus Aldridge disappears too often. San Antonio’s perimeter defense is permeable, and the bigs don’t have the mobility and athleticism to erase the mistakes the guards and wings make. All those familiar issues were present in a frustrating matchup against a Celtics squad that made them even more noticeable by looking as sharp as any team has looked this season.

The contrast really was stark. While the Spurs looked aimless for long stretches, Boston seemed disciplined and determined. Brad Stevens’ game plan on defense was to double Aldridge when he got the ball, helping off Dejounte Murray and daring either him or Trey Lyles to shoot from outside. It worked well, as San Antonio quickly went away from Aldridge when they failed to capitalize on those open looks. Scorching hot shooting helped the Celtics immensely on the other end, but forcing the Spurs into mismatches by pushing the pace when possible and using misdirection to cause breakdowns were arguably bigger reasons why they dropped 72 first-half points. It was an impressive performance.

By comparison the Spurs looked like a mess. Good individual efforts were undone by a collective lack of cohesion on offense. Aldridge disappeared once again, partially because of his own passivity but also because his teammates, after making a point to mention they need to look for him early, seemed to forget about him. He finished with just four field goal attempts after scoring 39 points the prior game, which is unacceptable.

The defensive effort, meanwhile, continued to be inconsistent across the board. Some isolated stretches were encouraging, but in general San Antonio simply gives opponents too many small advantages that add up over time. Scoring wasn’t a huge issue for the Spurs on Saturday, but stringing enough stops to make a true comeback attempt was impossible, which is clearly a problem.

Just to be clear, the loss itself is not terrible. Boston is good on both ends and has hit the ground running this season, so there’s no shame in getting outplayed by them. It’s the way in which the Spurs performed that is a little worrisome. They’ve simply been too inconsistent so far. The lack of discipline on defense can be maddening at times, and the offense seems to rely on individual brilliance more than execution. When the stars align, the Spurs can look great, but when things go poorly the result is nights like this.

It’s still too early to determine what type and caliber of team the Spurs will be this season, but so far they simply look too mercurial to be considered on the same level as more reliable opponents, like the Celtics.

Hopefully by the time these two teams meet again in two months, that won’t be the case anymore.

Next game: vs. the Grizzlies on Monday