Incoming Chelsea star Hakim Ziyech is hoping to persuade the Premier League club to bring Ajax team-mate Andre Onana with him to Stamford Bridge, Sportsmail has been told.

Winger Ziyech will move to England this summer after he last month agreed a £37million deal with Frank Lampard‘s side. 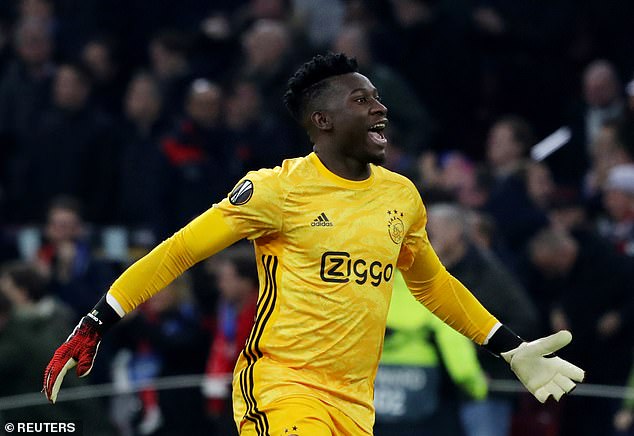 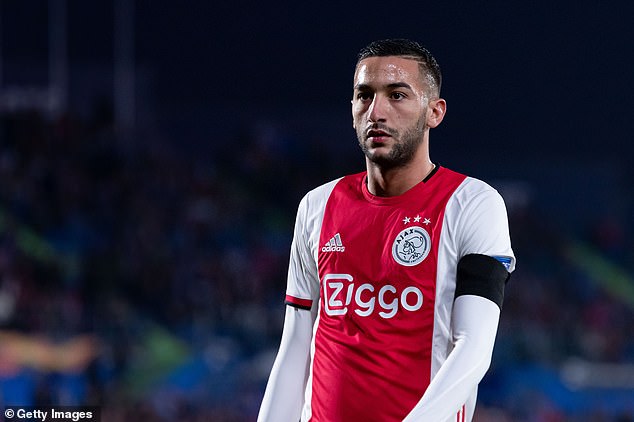 As recently reported by Sportsmail, Cameroon international Onana would prefer a move to either Chelsea or Tottenham at the end of the season after five years with the Dutch giants.

And it’s claimed Ziyech is hoping to help secure a deal for his team-mate and friend, who would likely cost between £40-50million.

It’s understood Frank Lampard would like to sign a new goalkeeper in the summer, even despite Kepa Arrizabalaga’s recent return to the first team. 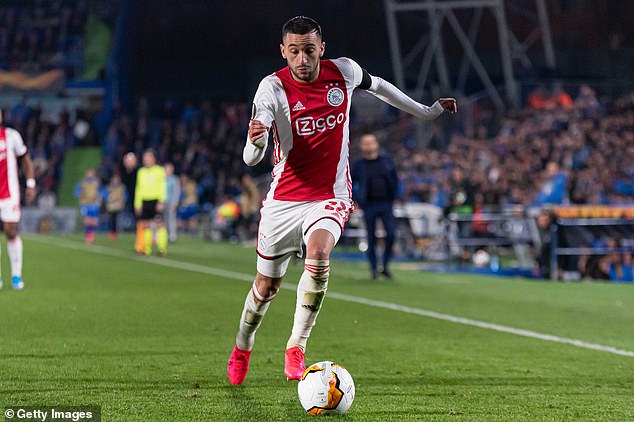 The 26-year-old forward is close friends with Ajax goalkeeper Onana, who also wants a move

Tottenham are also on the hunt for a new keeper, with Jose Mourinho’s side keen to land a No 2 who would provide serious competition for Hugo Lloris.

Lloris is under the spotlight after his display in Spurs’ midweek Champions League defeat by RB Leipzig.

Barcelona are also believed to be interested in Onana, a graduate of their La Masia academy. 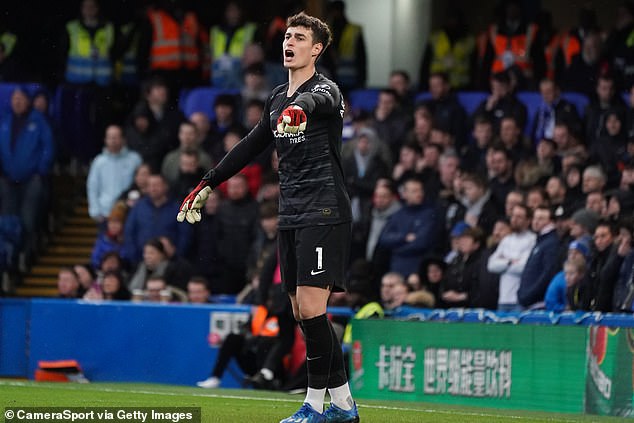 Despite Kepa Arrizabalaga’s recent return to the first team, Chelsea would like a new keeper