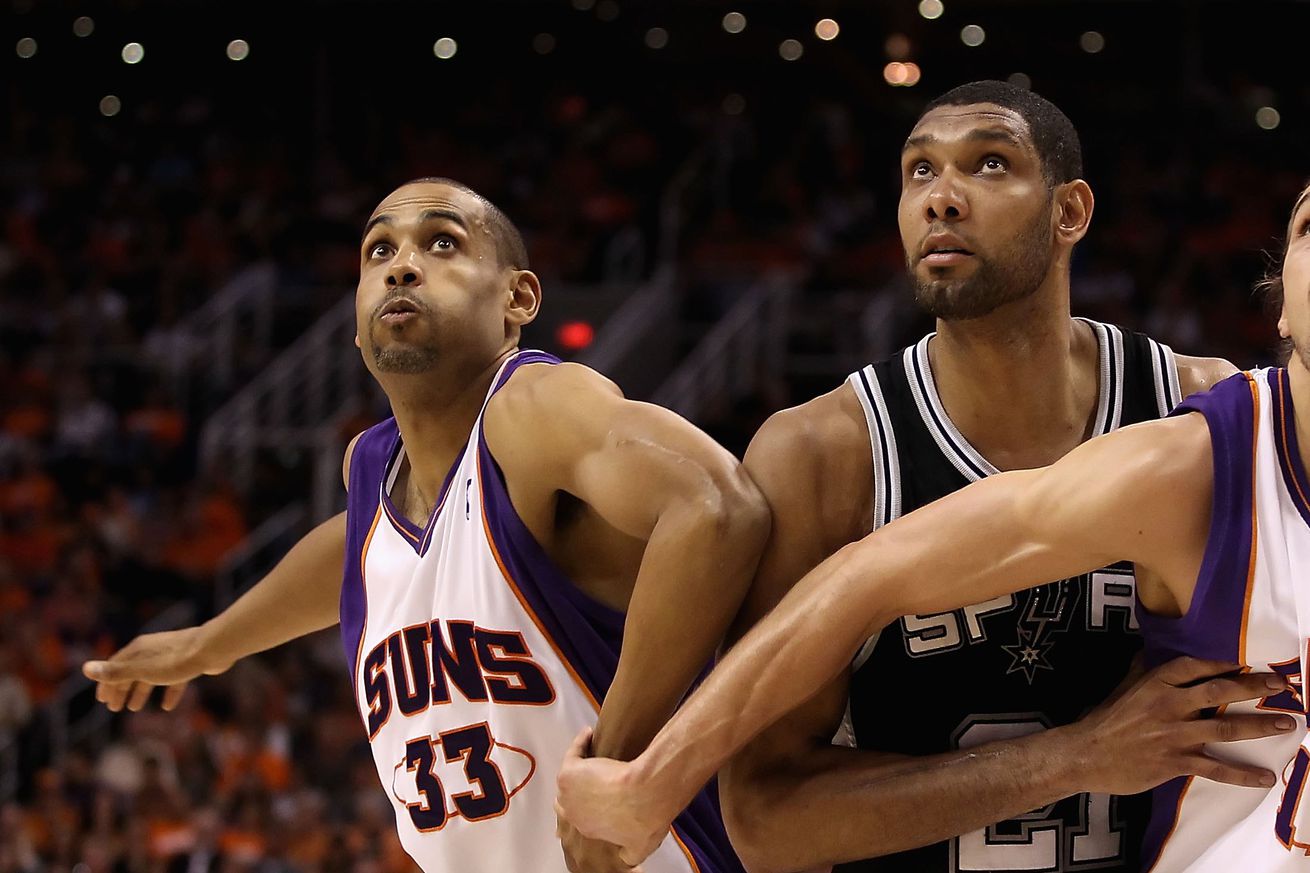 One of the main crossroads for the San Antonio Spurs franchise was the decision Tim Duncan made to stay with Gregg Popovich and David Robinson instead of joining Grant Hill and Tracy McGrady to play for the Orlando Magic. It happened just over 17 years ago, yet there’s no shortage of stories detailing the situation and wondering about what might have been.

But what people never discuss (probably because it wasn’t remotely possible) is what a monster Grant Hill would have been if he’d ever found his way into Pop coached offense. Well, Matt Moore of CBS brought up the topic today on Twitter, and pointed to Hill’s career high game that came for the Pistons against Washington in 1999. While it’s intriguing to imagine him in San Antonio, a very interesting comparison occurred to me as I watched. Take a look at this video, and see who Hill reminds you of. I’ll explain my opinion afterwards.

Did you see it too? The clever passing, the backdoor cuts, the ability if not actual predilection for going left, the sneaky-smart knack for attacking at unexpected angles, the nose for the ball, and the anticipation that almost seems to border or prescience … I can’t be the only one that was reminded of Manu Ginobili, can I?

So, it would certainly have been a blast to see Hill in silver and black, and I’m sure there will be a healthy discussion of that in the comments, but seeing so many parts of Manu’s game present in Hill’s a good four years before the Argentine ever played in the U.S. is the main takeaway for me.