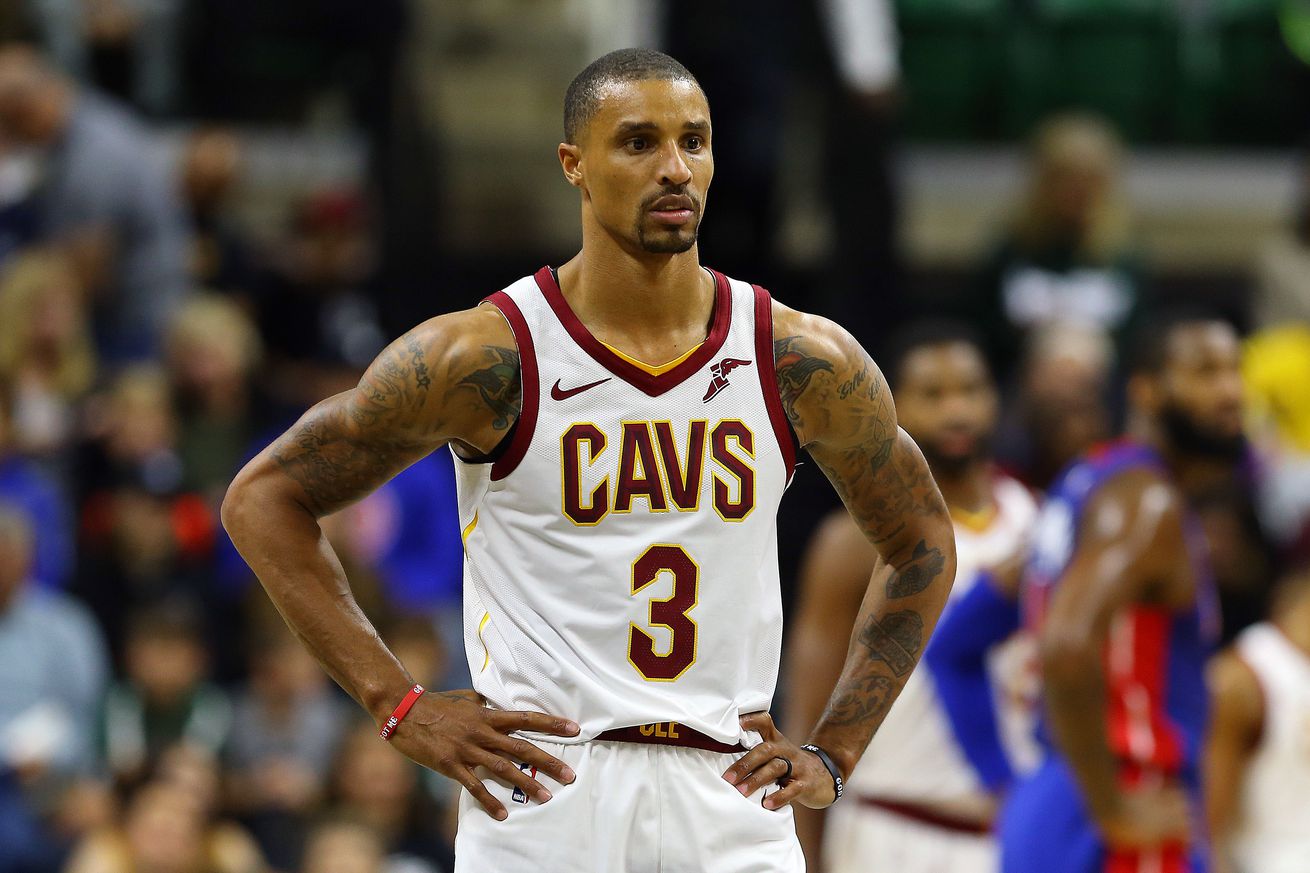 Whenever Cleveland is ready to have a fire sale, the Spurs should make some calls.

The vultures are surely starting to circle Quicken Loans Arena. The Cavaliers fired head coach Tyrone Lue on Sunday after an 0-6 start. Kevin Love could be out for a month with a foot injury. Cleveland’s playoff chances are not looking good right now, which might mean a fire sale is coming.

The Cavaliers have a high payroll and a roster filled with veterans left over from the LeBron James era. If the franchise is ready to start rebuilding in earnest, it makes no sense to keep them around. For teams like the Spurs, however, those veteran pieces could immediately become valuable contributors.

It’s important to note here that there have been no reports linking the two teams so far, but the Spurs could be buyers and the Cavaliers will surely be sellers. So let’s take a look at the likelihood of a deal between them and some potential targets for San Antonio.

A trade is more likely to come in December, at the earliest

The Cavaliers decided to hold on to their veterans instead shipping them off in the offseason. They might be more motivated to make a deal soon after their early struggles, but they won’t likely rush to anything. It’s really in their best interest to at least wait until December 15 before shopping their veterans, as that’s the date in which a lot of players who were signed in the offseason become eligible to be traded. The Cavs can’t even move some of their own players, including Rodney Hood and Channing Frye, until that day.

The Spurs face restrictions of their own to worry about. San Antonio can’t trade Marco Belinelli and Dante Cunningham until December 15. Rudy Gay, who can veto any trade, also becomes eligible to be moved on that date. Davis Bertans and Bryn Forbes can’t be traded until January 15. Right now the Spurs only have two players they would realistically move in Pau Gasol and Patty Mills. DeMar DeRozan and LaMarcus Aldridge are eligible to be traded but are likely untouchable and the young guys won’t be moved just to secure an extra shooter or defender.

A trade in the next few weeks is not likely. Yet if the Spurs were to aggressively try to make one happen, there are a few potential transactions that could be mutually beneficial. Let’s look at them.

Pop gets his favorite player back

Gasol for Hill straight up works, but it’s extremely unlikely the Cavaliers make that deal. Pau makes about two million less than Hill this season, which would allow Cleveland to immediately shed some salary, but has about $7 million of his contract guaranteed next season to Hill’s $1 million. The Cavs would be adding future salary and would be doing so for a player that doesn’t fit their roster. It makes a lot more sense for them to simply keep Hill around to mentor Colin Sexton, the waive him next season.

Adding the Raptors pick, however, might be enough to pique general manager’s Coby Altman’s interest. Considering how good Toronto has looked that pick is going to land in the late 20s, but getting any first rounder for Hill when it cost a second rounder to acquire him would be a huge success. Eating those extra $6 million in 2019/20 salary is not ideal, but the Cavs will have cap space anyway and are not exactly a free agent hotspot. A couple of second rounders could also make the deal happen, but just to be safe, let’s assume it takes the Raptors’ pick.

For the Spurs, Hill looks like a perfect stopgap at point guard. He could start next to DeRozan, where his tendency for passivity wouldn’t be so harmful, and provide a defensive presence at the point of attack. He could help the team’s chances to make the playoffs this year, then next season the Spurs could easily move on by waiving him.

It feels like I’m picking on poor Pau by adding him in these scenarios, but the fact is he’s the most movable piece on the Spurs’ roster. Patty Mills has too many years left in his contract and, as mentioned, the other veterans are either too valuable to move or can’t be traded until later. Pau, on the other hand, makes enough this year that trading him for someone else on a big contract is possible while not having much future money attached to him. That possibility to shed around $10 million is salary in 2019/20 is what might entice the Cavaliers to trade Thompson for him straight up.

The Spurs are not slated to have cap room next season anyway, so adding Thompson’s deal is not a huge issue. The question is whether they think they can get him to perform like he has in the past. Thompson was bad last season and has had a rough start this year. He simply might not be worth trading for anymore. If Gregg Popovich thinks he can get him to defend like he did in the past, however, he could represent an upgrade over Pau on an area in which the Spurs could use some help. His offensive rebounding would also fit the Spurs’ newfound focus on crashing the glass.

It’s a risky trade that could leave the Spurs stuck with an under-performing big man on a terrible contract for two years. If it works out, though, the Spurs would be trading some offense for a big upgrade on defense while getting younger and more athletic.

It’s probably too early in the season for the Spurs to engage other teams in trade talks. San Antonio still doesn’t really know what it has yet and at this point has no way of getting some intriguing targets on mid-sized deals, like Kyle Korver, from Cleveland.

If the idea is to get a defensive upgrade at point guard or backup center as soon as possible, however, the Cavaliers seem like a natural trade partner. If they decide to have a fire sale, the Spurs should be interested.