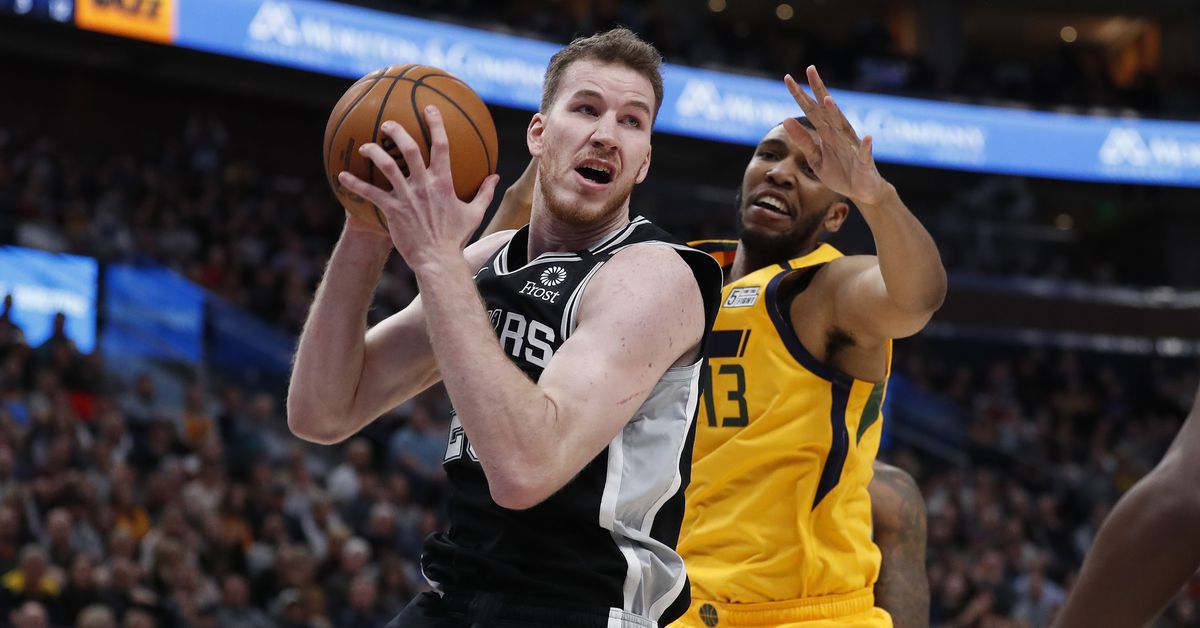 The NBA is tentatively scheduled to make its long-awaited return in Orlando on July 31st, and a handful of organizations will be vying for an oh-so-precious playoff berth. Qualifying for the postseason is never simple, but the eight-game restart combined with the health risks of COVID-19, injuries suffered during the hiatus, and the unfamiliarity of a bubble location setup ensure the road to get there will be unquestionably complicated.

The Jazz lost Bojan Bogdanovic, the Trail Blazers lost Trevor Ariza, the Lakers lost Avery Bradley, the Wizards lost Davis Bertans, and the Spurs will be without LaMarcus Aldridge after he opted for season-ending shoulder surgery in April. While San Antonio hasn’t found much success when their All-Star big man sits on the sidelines, Jonathan Tjarks of The Ringer broke down a potential solution for the Silver and Black in his latest article.

San Antonio will need to discover a new identity without Aldridge. The good news is the team should be getting back Jakob Poeltl, a fourth-year center who had been sidelined with a mild MCL sprain when the NBA shut down.

The Spurs will look much different with Poeltl. The 24-year-old is more mobile and active defensively than the 34-year-old Aldridge. He also averages more blocks per 36 minutes of playing time (3.1) as Aldridge (1.8). But improving their defense will come at the cost of the offense. Poeltl has only taken two 3s in his NBA career. He’s more of a traditional big man who needs four shooters around him to be effective.

So how should the new-look Spurs build around him? The sample size is small, but there is one giant flashing sign in his lineup numbers.

There could be real synergy between Poeltl and Trey Lyles, a fellow 24-year-old former lottery pick who had bounced around the NBA before the Spurs signed him off the scrap heap last summer. Lyles, at 6-foot-9 and 234 pounds, has a smooth stroke (38.7 percent from 3 on 2.7 attempts per game) and can put the ball on the floor and make plays. He’s a more natural frontcourt partner for Poeltl than another big man like Aldridge or a slasher like Gay. Playing with an excellent rim protector like Poeltl could be just as helpful to Lyles since defense is the weakest part of his game

Poeltl has posted impressive numbers in limited minutes, the Spurs frontcourt is thin, and Wednesday’s signing of Tyler Zeller figures to be little more than a depth move for injury insurance. So, what do they have to lose? Although replacing the production of their top rebounder, shot blocker, and second-leading scorer won’t be an effortless endeavor, Aldridge’s absence allows San Antonio an opportunity to dip their toes into a youth-movement many fans have been asking for throughout the season.