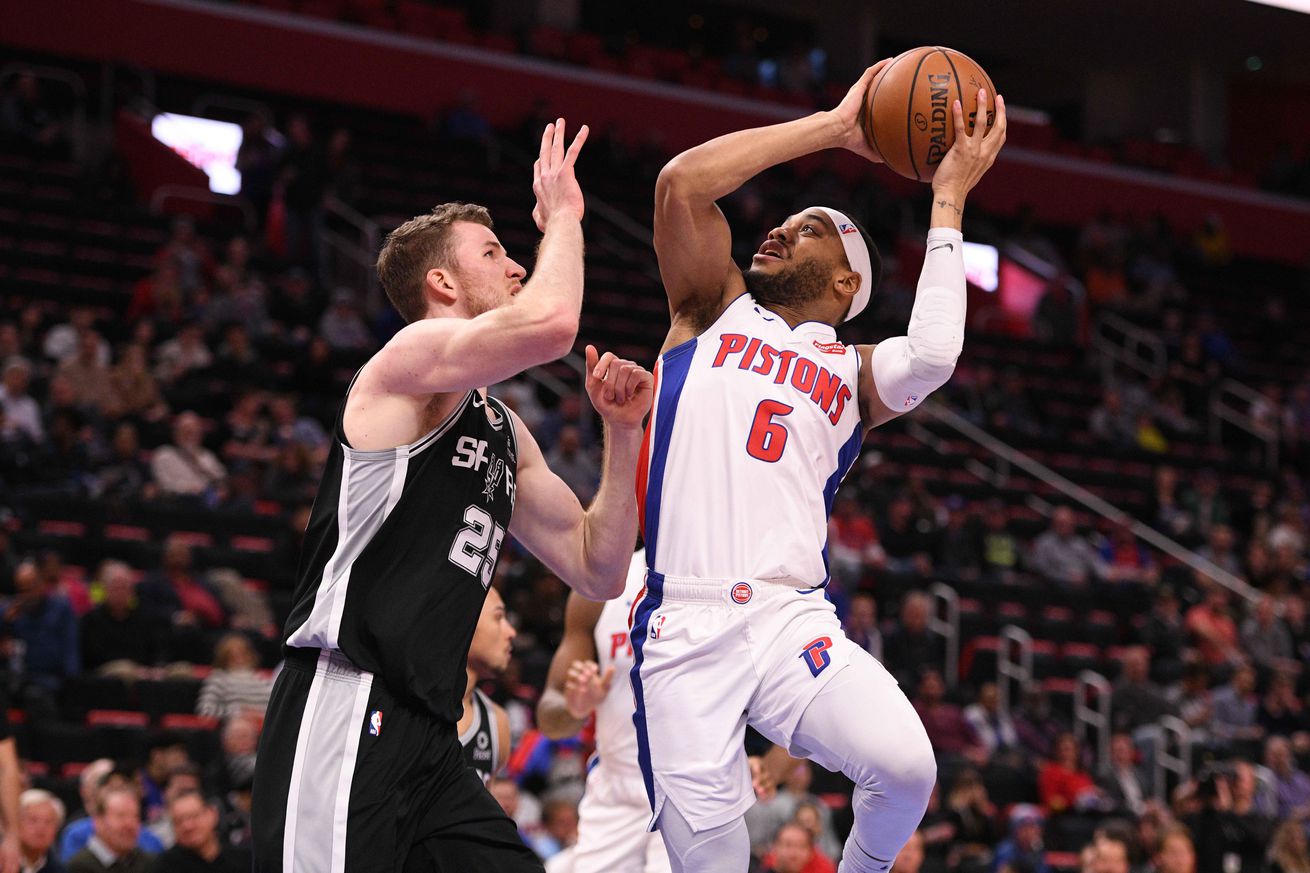 A few adjustments can go a very long way.

I’m a player and a coach at heart, so the Spurs’ performance is of less interest to me than the way the coaching staff has enabled the performance. As DeMar DeRozan said about Gregg Popovich in an interview after the Spurs were blown out by 30+ on back-to-back games at the end of November, “I have got the utmost faith in him. And once we find whatever that is that is going to help us, you will definitely see a different team.”

The early part of the season was an adjustment period for the Spurs. With eight new players combined with the personnel they had lost, this was especially noticeable on the defensive side of the ball. As they struggled their way to a 11-14 start, many began to wonder if they’d be able to figure things out.

And figure it out Pop has. I haven’t had time to watch every entire game, or even close to it, but in the games and film I have watched, a few details have jumped out regarding what has changed since then, and I think they’re worth noticing and perhaps keeping an eye on as the season progresses.

The Spurs are still using defensive strategies very similar to what they always have done — forcing players baseline on side pick-and-rolls; going over the top on most on and off ball screens; having the bigs drop whenever possible; shooting the gap underneath for poor outside shooters, players who don’t shoot pull ups, and certain kinds of screen actions, etc. But early on in the season there were some huge issues in executing their system, which were often confused for insoluble personnel issues.

One initial problem, especially without Derrick White at the time, was that the guards lacked length and physicality. In the past, Danny Green, Kawhi Leonard, Dejounte Murray, and Manu Ginobili were so long, rangy, and quick that they could slide over the top, still contest shots and cover passing lanes. Especially given the blind eye the NBA has been turning to what used to be called moving screens, Patty Mills, Bryn Forbes, and DeRozan just weren’t able to get over screens and contest early in the season. If you watched early games you, saw them trying to slide over the top of screens and picks without turning and chasing, and they were getting scraped off and clobbered to the point of being completely out of the play.

In more recent games, those perimeter players (and of course White) are turning and chasing over the screens more quickly with their inside shoulders low on the screener’s hip and swimming over almost as if they were the one coming off the screen. There are still letdowns here and there, and how they are fighting through screens is a great barometer of defensive intensity for the team, but overall the Spurs perimeter players are doing a much better job. They’ve also done a better job getting into the pocket of ball handlers right as they’re rounding the screen and trying to gather for a shot rather than always waiting and trying to bother the shot from behind or the side. Getting into this pocket has also helped discourage threes and deny the angle for early passes to opposing bigs, which gives the Spurs bigs more time to shift back to the opposing big later and makes them more confident in focusing attention on the ball handler.

With the guards getting over screens quicker and more reliably, the bigs have been able to do a better job dropping and positioning themselves to funnel drivers, cover passing lanes, and contest shots near the rim. Ultimately, their footwork and confidence in the perimeter defense has led to much better shot blocking angles. LaMarcus Aldridge, Jakob Poeltl, and Rudy Gay all have December Defensive Field Goal Percentage Differentials of -10% or greater inside of 10 feet, and even Davis Bertans has a strong -8%.

In the modern NBA, rotations are the heart of a defense. The days of lockdown 1-v-1 defense are mostly gone, eliminated mostly by improved shooting off screens, rule changes, and stricter officiating related to physical contact. Now, there is a premium of rotations and zonal principles.

The Spurs rotations to start the year were absolutely terrible. Combined with their issues on screens, their rotations led to giving up wide open threes and dunks, but it wasn’t always obvious who was causing the errors. When looking for rotation related errors, you have to remember that the player who contests the final shot is very often not the root cause. Many times that player is stuck splitting the gap between two players or making an extra long closeout because of a rotation mistake.

Even more subtly, rotations are often exposed just by a defender that doesn’t correctly close down passing angles in line with the team’s defensive scheme. That defender might be the on-ball defender, or it might be a help-side defender. This off-ball passing lane positioning appears to be where the Spurs really seem to have focused. I remember a particular moment when Popovich picked out a Gay steal or deflection on a baseline drive for special applause. The play saved an open three in the weakside corner, and while Popovich may have been praising the effort, my guess is that in practice there had been a focus on closing passing angles out of baseline drives — something the Spurs had been doing very poorly.

Incidentally, if you watch closely where the weakside help is coming from it seems like it’s coming a lot less frequently from the baseline weakside and more from other places. I’m not sure exactly how those help decisions are being made, but I like the trend.

Another aspect of this has been due an increased incidence of perimeter help defenders stepping up on driving players rather than forcing the big to step up. Keeping the Spurs bigs zoned up around the basket helps avoid those open dump passes, the open weakside corner threes, and weakside offensive rebound that were happening when the smaller weakside defenders shifted to cover the opposing bigs. It also helps reduce the facials/and-ones that tend to occur when a big has to stop the drive then turn and contest late at the rim.

White’s play has not actually been a surprise for me, but it’s impressive enough to deserve attention. As I wrote before the season, his draft combine measurements of ¾ court sprint (3.08), standing vertical (31 inches), and wingspan (6’7”) showed he had some of the best defensive tools in the NBA, and the eye test in limited time confirmed that the anticipation and discipline was there as well.

Still, his impact on team defense after his injury has emerged more clearly and earlier in the season than I anticipated. His defensive rating is among the best on the team. The steals, blocks, and occasional 1-v-1 shutdowns are nice, but the thing that has made the most difference for the team is his ability to close distance on what would otherwise be open shots or passing lanes — something that the current Spurs roster requires, especially with Murray’s injury.

To see this, just pick 3 or 4 consecutive defensive possessions in a game and watch how many long rotations and closeouts White routinely makes. To put this in quantitative terms, despite playing only 24 minutes a game in December, he led the entire team in shots contested at 11.7 per game. One interesting side note on White: watch how low his feet move to the ground, even on a sprint or a drive. His unusually low leg lift might be terrible form for a running back or a world-class sprinter, but it seems like great strategy for a basketball player because it leaves him very much in control of where he is planting his feet on drives and closeouts.

As a result in these adjustments, the Spurs’ defense rating has risen from 29th in the league back in November to 18th today. There’s still plenty of room for improvement, but they are no longer bleeding points and having to rely on otherworldly scoring efforts to win (most of the time). The Spurs are headed in the right direction, and I can’t wait to see where they go from here.