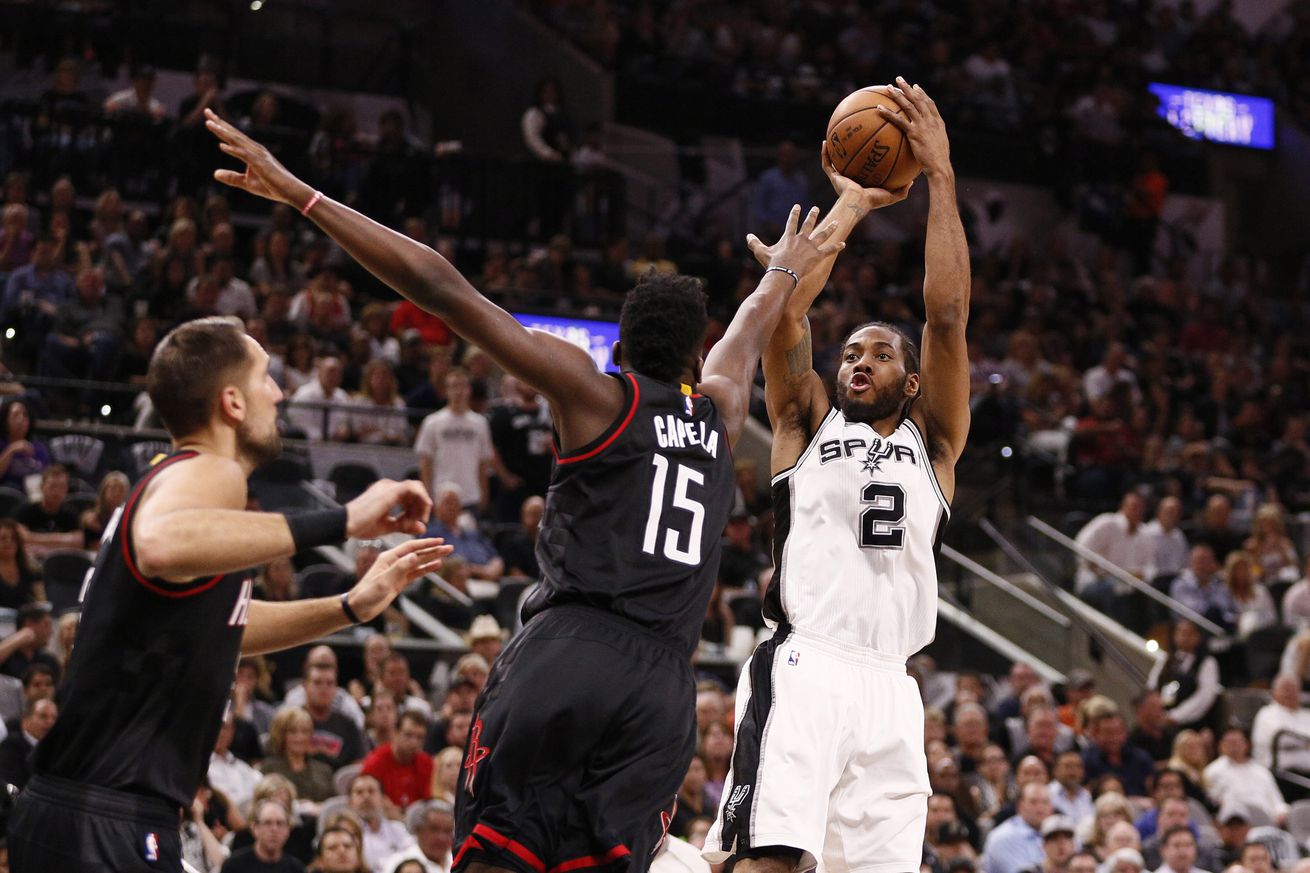 After the Spurs were blown out in Game 1, Study Hall focused not on Houston’s 22 made three-pointers, but rather on how the Rockets dominated the restricted area on both ends. In Game 2, San Antonio flipped the script by shooting a ridiculous 78.6% from the restricted area, and protecting the rim with gusto. That change made made all the difference as the Spurs won on Wednesday in convincing fashion.

Rim-protection was a major area for improvement heading into Wednesday’s game, and while many fans were calling for Dewayne Dedmon to start, the solution actually came from a surprise source: Pau Gasol. During the regular season, Gasol defended 6.7 shots at the rim in his 25.4 minutes per game. In Game 2, he smothered the rim, defending 15 shots (!) in just 29.4 minutes. And even though he allowed eight makes on those 15 contests, he ended up with four blocks, and more importantly, his presence alone had a serious impact on the Rockets’ shot selection.

One way to measure that impact, aside from blocks, is to look at the number of shots Houston took from the “paint (non-restricted area),” or the “floater zone” as analyst Nate Duncan calls it.

In Game 1, the Rockets went 5/9 from the floater zone, taking just 10% of their attempts from that range. In Game 2, the Spurs forced Houston to go 7/16 from there, encompassing more than 19% of their shot attempts. As we all know by now, this is not a space on the floor that the Rockets try to generate their points, so the Spurs’ scheme was able to take Houston out of their comfort zone.

An adjustment that Popovich made on the offensive end was unleashing the vaunted Kawhi-at-the-four lineups. Per NBA.com’s lineup data, the Spurs’ top two lineups in terms of net rating featured Leonard at the power forward spot. Granted, those are all small samples, but all it takes is a few minutes in a single game to turn the tide. The Rockets simply had no answers on defense when the Spurs went small.

There will be further adjustments by both teams tonight as the series heads to Houston. Particularly with the loss of Tony Parker, rotation players like Jonathan Simmons may need to play an even more prominent role going forward. Watch for units featuring Danny Green, Simmons and Leonard to wreak havoc defensively on the perimeter, while being able to switch across Houston’s bevy of playmakers.