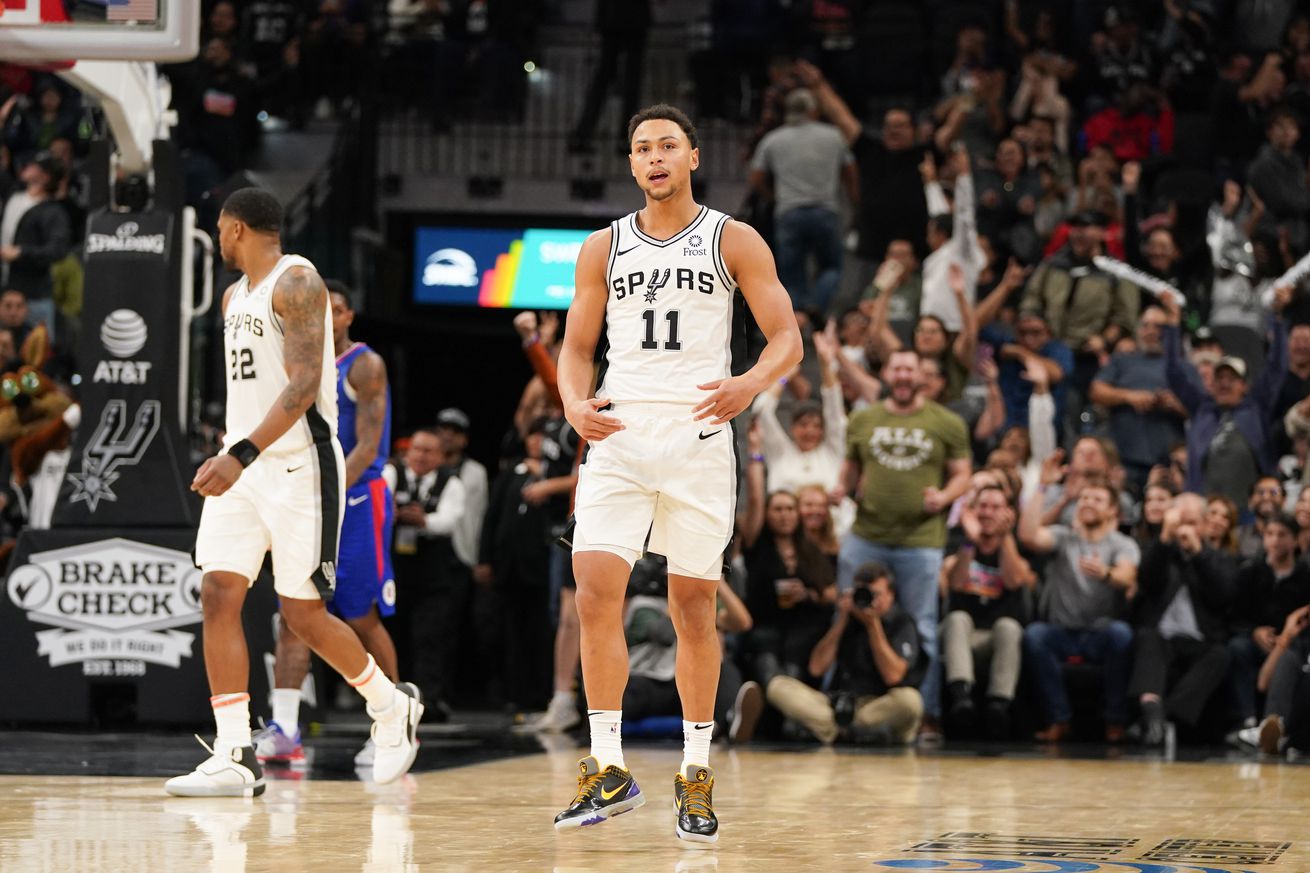 Forbes is just another in a long line of undrafted Spurs success stories.

The NBA currently has over 100 undrafted players, and few are thriving as much as Spurs guard Bryn Forbes. In a profile by the New York Times, Forbes explains how he knew his odds of being drafted were slim, but one thing he didn’t want was to be a draft-and-stash and told his agent to politely decline, preferring to control his own destiny if he wasn’t going to be guaranteed a contract.

As a result, he was at peace with himself on draft night. In fact, he fell asleep. It was over by the time he woke up after midnight, and he saw that he had missed several phone calls, including one from Jordan Howenstine, a childhood friend who was working in the Spurs’ communications department. They used to car pool to school. Now, Howenstine was telling Forbes that the Spurs’ front office had been trying to reach him for about 15 minutes: Why wasn’t he answering his phone?

“I was sleeping, bro,” Forbes told him.

Though Forbes said the Spurs and the 76ers were both interested in signing him to non-guaranteed deals, the Spurs were especially assertive.

Not initially answering the phone wasn’t enough to dissuade the Spurs as Forbes had a talent they could see, even if others couldn’t. His work ethic and consistent shooting stroke was enough for them, and Gregg Popovich gave Forbes two goals during his rookie season, which was mostly spent in Austin:

Popovich told Forbes early on that he would never make it if he did not improve his defense. Popovich also told him that he would be spending most of his first season in the G League, where Popovich wanted him to spend time at point guard, a position Forbes had never played.

“You’ll be so much more valuable if you can play two positions,” Forbes recalled Popovich telling him.

That advice turned out to be prophetic, as injuries to Dejounte Murray and Derrick White forced Forbes into the Spurs’ starting point guard job out of necessity at the beginning of last season. He hasn’t moved back to the bench since and is currently averaging a career high 12.9 points while providing much need spacing for the starters.

Forbes will be an unrestricted free agent this summer. Whether it’s with the Spurs or elsewhere, he’ll be due a decent raise from his current 2-year, $6 mil deal. He’s definitely earned it.