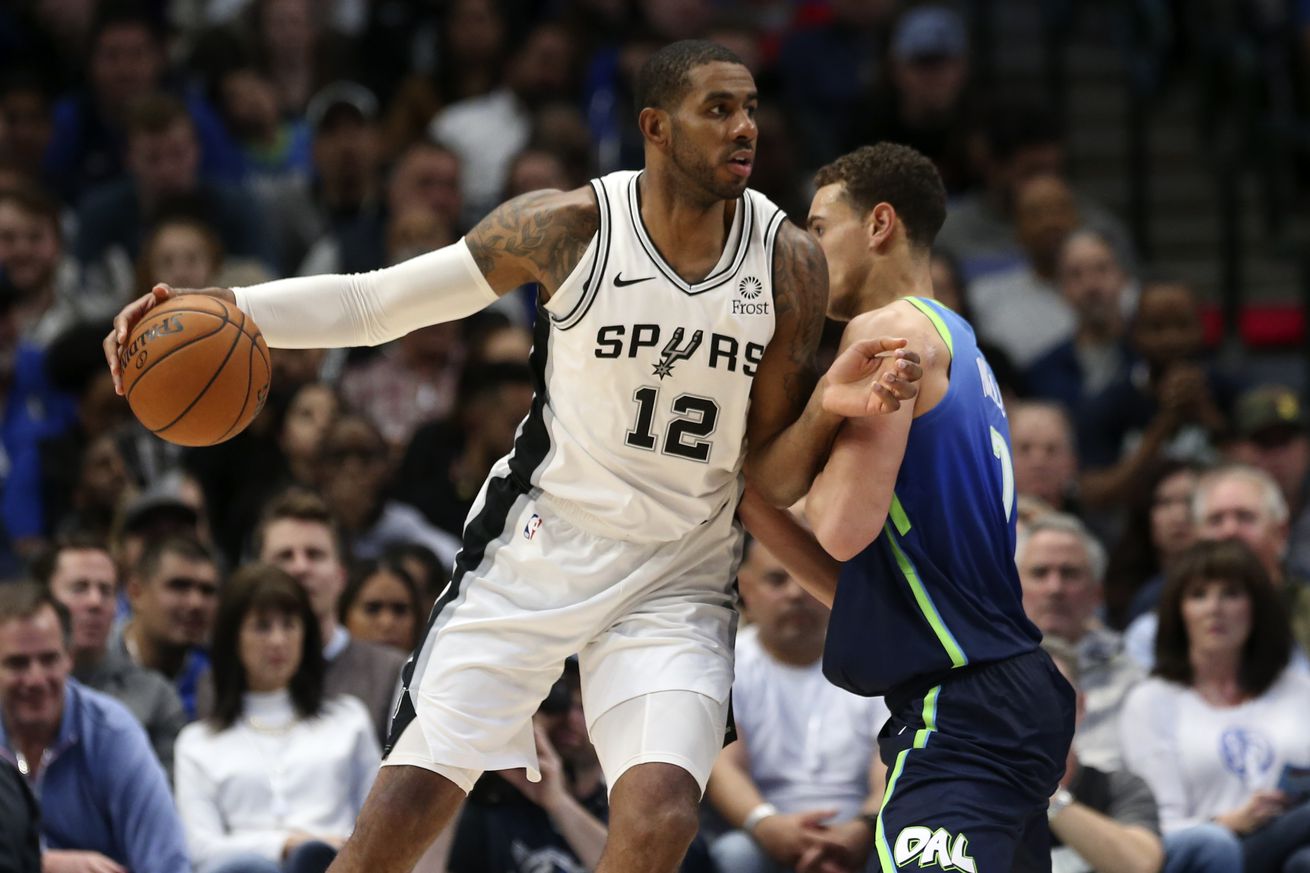 Though the NBA has moved away from the paint, San Antonio still makes post ups work.

“The post up is not a good play anymore.” Those were the words of Mavericks’ coach Rick Carlisle when asked to rebut the common critique of his 7’3” unicorn, Kristaps Porzingis, who spends most of his time on the perimeter. He went on to break down much of what he thinks about how the play fits into the modern game and specifically with the Mavericks’ personnel. It was a rare and refreshing bit of insight into what an NBA coach actually thinks about a topic du jour that seems to be endlessly fascinating for the former players who provide commentary during and after the games.

Coach Carlisle’s comments prompted responses from both sides of the post up debate, with some of the best and brightest NBA analysts and reporters weighing in. And yet, through it all, San Antonio has continued to slog ahead, posting up more often than almost every team in the league. Even during the Spurs’ belated embrace of the three-point revolution over the last few weeks, the team has continued to play through the post in a variety of ways.

Inspired by the persuasiveness of the arguments both for and against the post up, I logged every Spurs’ possession over the last 10 games to get a feel for how their offense performed when they run through the post vs. their other common actions. I came away surprised by both the frequency with which the Spurs use the post up as their primary action, and how effective it was.

10 games isn’t enough to assign a value to any particular action, and the Spurs offense was on fire for much of the 10 games I logged, so the numbers themselves are certainly inflated. But within the context of those games, in comparison to the Spurs’ other means of generating offense, the post up was a good play.

It’s a long video, so here’s a brief summary for the TL;DW crowd:

The post up isn’t going to be the centerpiece of an offense again until there are rule changes that disadvantage perimeter play, but it still works as a means to pressure the defense. Finding a way to leverage that pressure by incorporating the action fully into the offense seems to be the key to making it work. The Spurs are one of the few teams that have already done that work, and they also happen to have Aldridge and DeRozan, so it shouldn’t be particularly surprising that they use it as much and as well as anyone.