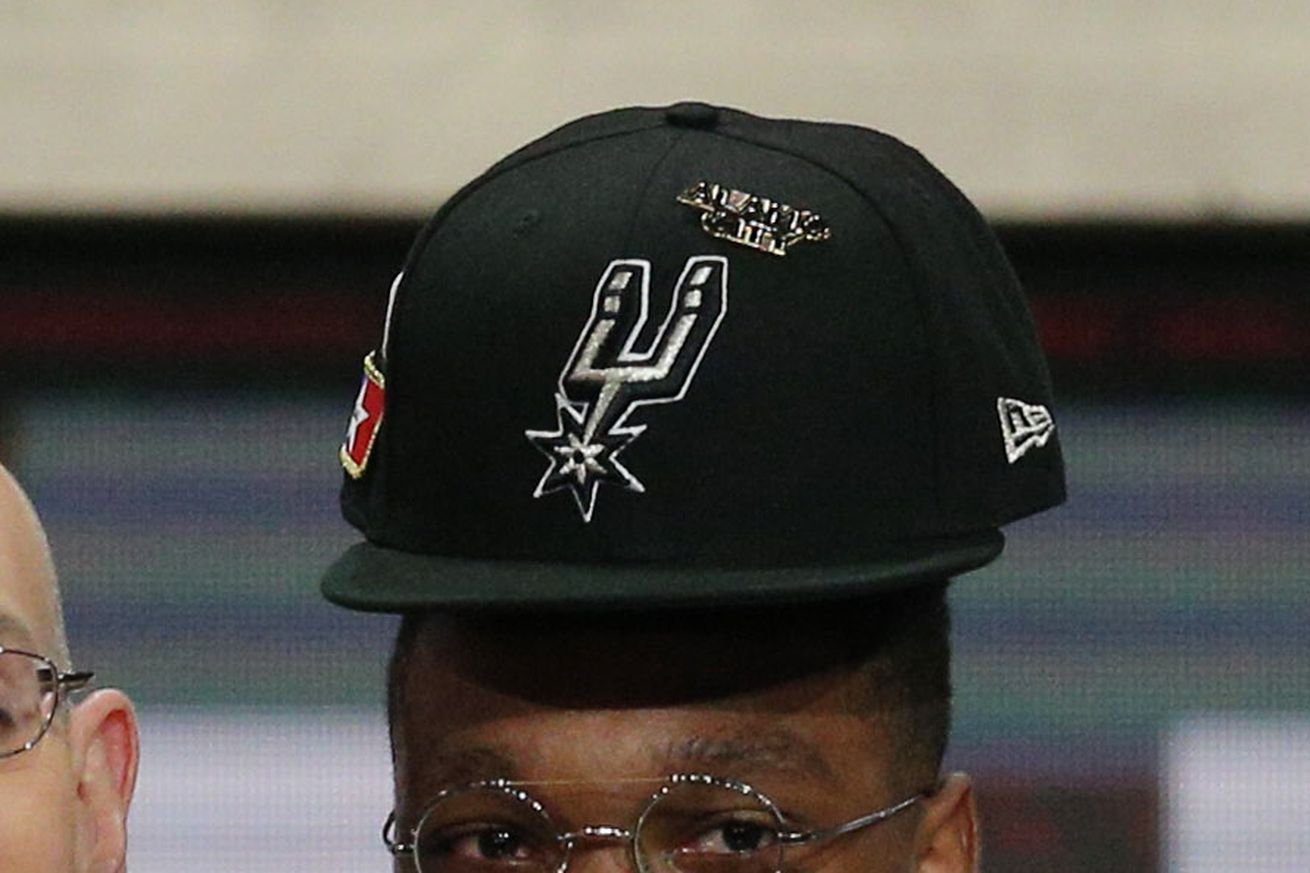 Beyond the first few picks, predicting who goes where in the NBA Draft is a crapshoot. Somehow, we cracked it.

The 2019 NBA Draft is still 6 whole weeks away, making now as good a time as any to unleash some takes on what the Spurs will do, allow for other predictions to settle atop, and then reheat on the morning of June 21st if the ones below happen to hit. Such are the opportunities offered by another uncharacteristically long summer in San Antonio.

And of course these predictions will hit, as I went to great lengths — arguably more than for last year’s LeBron James Theorem — to develop a formula that’s equal parts pseudoscience and arbitrary valuation, then brewed in a spreadsheet that weighed player fit, team drafting tendencies, roster need and other trends to pin down who PATFO will target with their three 2019 draft picks. I even learned what standard deviation is in the process.

It resulted in a handful of names that are almost certainly circled at Spurs HQ, set against the probability of them being selected at each slot. You could scroll to the bottom to see them and get angry now, but you’d miss out on entirely different reasons to get angry by reading about the approach and underlying logic.

Here are a few things to be aware of before we get started:

With that said, the following are the factors considered, accompanied by the positive or negative values they gave for each player. Let’s call these S.P.U.R.S. points, and pretend there’s a fitting word for each part of the acronym.

In the positionless NBA, few players are tied to any one specific role, 1 through 5. Last year’s Spurs, who didn’t use a traditional point guard and lacked a true small forward, were a testament to that. And yet there are still ways for rosters to be imbalanced (last year’s Spurs were a testament to that, too), and PATFO will surely target certain skills and profiles to shore up some weaknesses.

The guard rotation in San Antonio is more or less full — now and for the foreseeable future — with Dejounte Murray poised to be re-integrated into a group that includes DeMar DeRozan, Derrick White, Bryn Forbes, Lonnie Walker IV, and Patty Mills. Taking another chance on one wouldn’t hurt, but it may send a mixed message to the incumbents, as well as give the coaching staff an avoidable issue of making it all work.

On the big man front, the Spurs are also pretty set for the time being. Most center rotation minutes should go to LaMarcus Aldridge and Jakob Poeltl, with the possibility of bringing Nikola Milutinov over and Chimezie Metu. Furthermore, the Athletic’s Jabari Young recently noted the team is relatively high on two-way big Drew Eubanks.

You could see this as a way of reverse-handicapping 3s and 4s, which it also is. Luckily, this draft should have some options available at a long-term position of need when it’s the Spurs’ turn at the podium.

These two factors are always priorities, but with White still working on his outside shot and Murray’s a question mark, emphasizing shooting ability will allow PATFO to fit the pieces together a bit easier. Defense, as is always the case with this team, should also be a premium — especially after finishing last year ranked 20th in defensive rating.

The league may be coming around to the idea of older players being something of a market inefficiency. Guys like Kyle Kuzma, Malcolm Brogdon and San Antonio’s own Derrick White have shown the value in more known commodities rather than young projects with nebulously intriguing upside.

In this draft, one that’s not particularly loaded with blue-chip prospects, some of the better contributors appear to be upperclassmen, and the Spurs may very well opt for one whose fit is easier to imagine.

This isn’t the organizational advantage it once was for San Antonio — too many teams have evened the playing field, while the Spurs have seemingly turned their attention more to the college ranks in recent years.

And yet, they’ll still kick the tires here when possible. R.C. Buford was reportedly scouting in Europe recently, and the Spurs have an even greater incentive to draft and stash with multiple picks and several players returning. If they use all three of their picks (not a guarantee in itself if they decide to trade up or use one as part of a trade package), it’s hard not to see one or two being used on an overseas player and letting him stay there for a bit.

It’s been a tin-foil-hat theory of mine the past few years that the Spurs have a particularly sharp focus on this part of the country, maybe moreso than foreign players. Late tipoffs, fewer prestigious programs, and significantly less attention from East Coast media types all feed into this, as does the team’s draft history this decade, beginning with Kawhi Leonard through Kyle Anderson, Murray, White and even Metu last summer.

Of course, if that is the case, there’s a logical flipside to heavily scouting guys on the left coast — the Spurs may also learn they don’t like them. You could make the case, thus, that it’s a bit flawed to give points to each Pac 12/West coast player indiscriminately, but you’d better make it before June 20th when the Spurs look West again.

Here’s how the more relevant potential draftees fared with the criteria above:

Obviously many of these guys won’t be available each time the Spurs pick, while others might be a reach at that point. Here are some notes on the calibration process that applied team preference to the realities of when they’re selecting:

And, finally, here’s how they correspond to projected availability. Consider this the only Spurs big board you’ll need next month.

I often bookend articles by hedging and asking people to take what they just read with a grain of salt, but you’ll find no feckless disclaimers here. Lock these lists in, study the above players and only these players on YouTube, and getting ready to complain when they’re not getting 20 minutes a night in San Antonio.