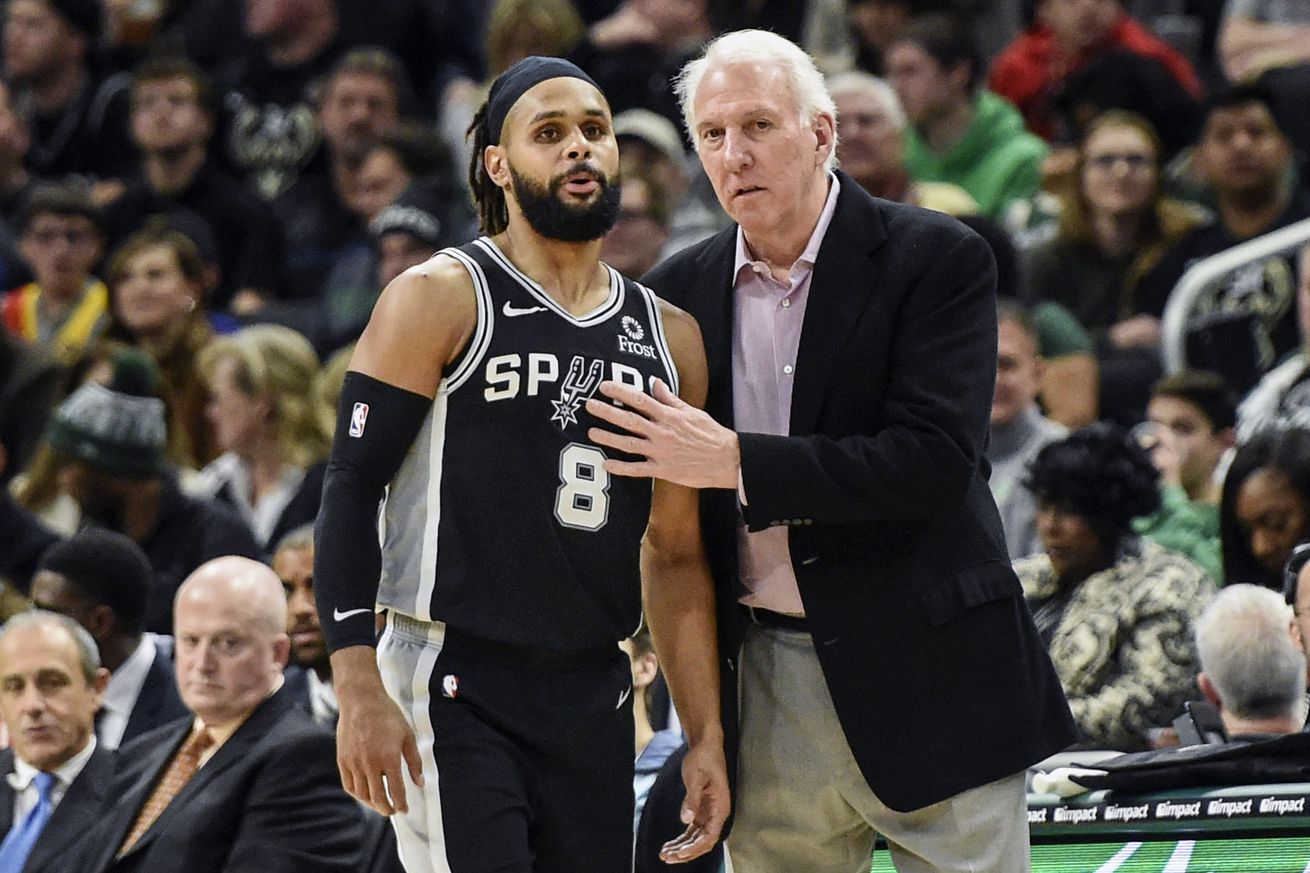 Pop thinks threes take the beauty out of basketball.

In case you hadn’t heard over the years, Spurs head coach Gregg Popovich does not like three-pointers. Like, he really loathes them. He lets his team take them and even incorporates them into his system because they’re part of the game, but that doesn’t mean he has to like it.

In a piece by Chicago Bulls writer Sam Smith on how three-point shooting has changed the game, he was fortunate enough to get some classic curmudgeon quotes from Pop due to the Spurs being in town. Prior to Monday’s game, when asked why his Spurs club was giving more points than it was scoring, he turned to his old nemesis:

“These days there’s such an emphasis on the three because it’s proven to be analytically correct,” Popovich offered with what appeared to be a sneer. “Now you look at a stat sheet after a game and the first thing you look at is the threes. If you made threes and the other team didn’t, you win. You don’t even look at the rebounds or the turnovers or how much transition D was involved. You don’t even care. That’s how much an impact the three-point shot has and it’s evidenced by how everybody plays.”

Even though the Spurs currently sit at third in the league in three-point shooting (.380), they are 29th in the league attempts with just 24.7 per game. Consider they are also 18th in the league at overall FG% (.451), and at times it can be hard for the Spurs to keep up with high-flying offenses. On the other end, the Spurs are right in the middle of the league on defending the arc as their opponents shoot .356 from three on 31 attempts.

Despite playing decent (if unspectacular) perimeter defense and allowing the ninth fewest three-point attempts per game, their opponents average 33 points from three: five more points per game than the Spurs’ 28. That may not seem like a huge margin for previous iterations of Pop’s teams, but five extra points means something to a team that is currently scoring 2.3 fewer points than it’s allowing (although that number is skewed by a couple of points due to last night’s 39-point loss in the 21st game of the season.)

So going back to the original question, Pop may not be wrong that the three pointer is a reason behind the Spurs’ current negative point-differential. (Of course, a losing record will do that too.)

However, Pop also knows this is part of the game, and as he said above, a necessity to win in today’s NBA. Hopefully as the new-look Spurs continue to get to know each other and learn the system, they’ll be able to put three-point shooting to more use. They have the personnel, so they might as well use them.

“I hate it, but I always have,” Popovich said even as he’s adjusted over the years. “I’ve hated the three for 20 years. That’s why I make a joke all the time (and say) if we’re going to make it a different game, let’s have a four-point play. Because if everybody likes the three, they’ll really like the four. People will jump out of their seats if you have a five-point play. It will be great. There’s no basketball anymore, there’s no beauty in it. It’s pretty boring. But it is what it is and you need to work with it.”

Stats are courtesy of ESPN.