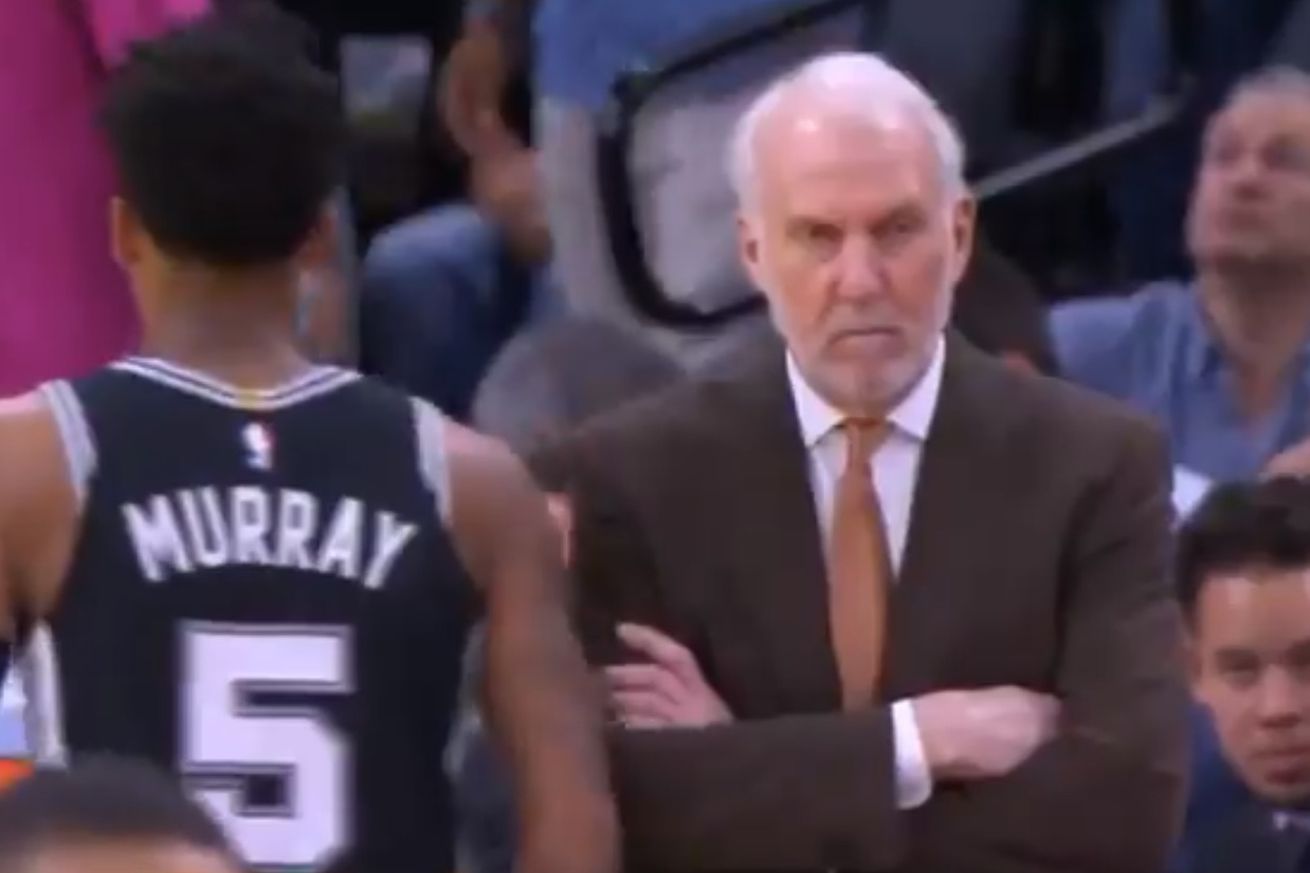 Coach may not always be smiling on the outside, but you can bet he’s cracking up on the inside.

In episode 40, Charlie Thaddeus and I discuss San Antonio Spurs Coach Gregg Popovich’s ability to stoneface it while DJ bounces all over the court. The young point guard has started the season with a bang on both offense and defense, but it hasn’t come without its share of growing pains … and Pop hasn’t lost his cool once. Is that an impressive feat, or all part of the coach’s bigger plan?

There’s also plenty more to discuss, like how it feels that the starting unit is playing small-ball with Trey Lyles even though he’s 6’10, how LaMarcus Aldridge’s supposed issue with playing center seems to be long forgotten, how Derrick White and Dejounte Murray not playing together will work out, and how San Antonio’s offense continues to score just fine even though it’s not following the league standard space-and-pace format. Plus this episode’s unnecessary foolishness.

For everyone who was previously disappointed that Superfluous Poppycock wasn’t on iTunes, Spotify, Stitcher, etc — you can set your minds at ease. Depending on when you’re reading this, and which service you use, SP is either a couple of days from, mere hours away, or all ready for you to subscribe to. (Worst case scenario, Monday the 4th and everything will be all set.)

Finally, here are the links that are discussed in the episode, or just good backstory to accompany to have for your best listening pleasure.

What we learned from the Spurs win over the Blazers

When LMA will truly be a Spur

The first episode of SP