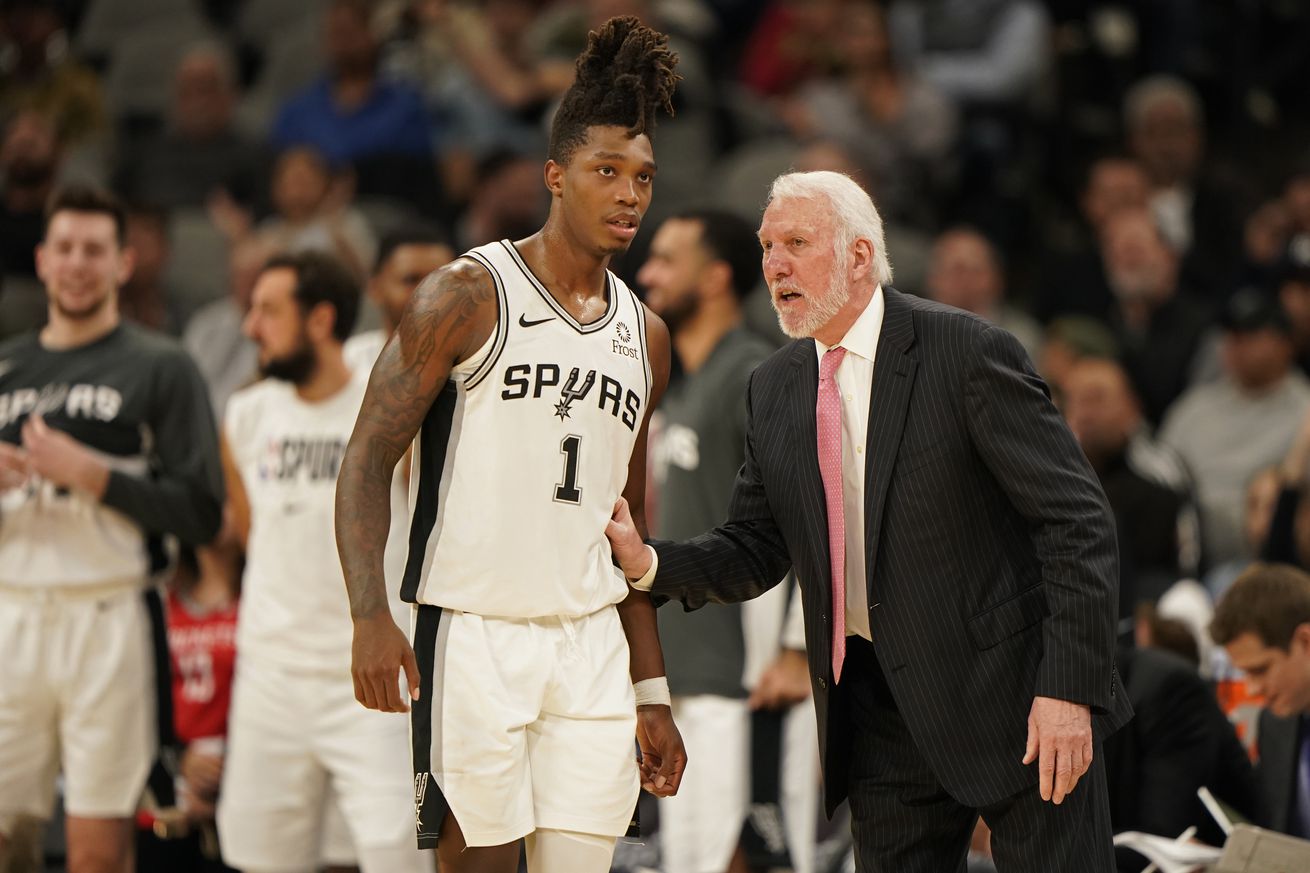 The beast is being unleashed.

Before the Spurs’ Friday night loss in Memphis, Gregg Popovich had nothing but good things to say about second-year guard Lonnie Walker IV. He praised his decision making and effort on defense.

“He’s learning very quickly, pretty good decision maker but he prides himself first on playing defense and running the floor and trying to do all the basic things.”

“He’s just figuring out how to play the right way, He uses his speed wisely to get by guys, so he’s using his athleticism wisely.”

That’s a far cry from the beginning of the season, when Pop bluntly called him out for not doing every thing he just said following a loss to the Clippers.

“(He played) Horribly . . . I expect better effort, better awareness and a better attempt to take advantage of the minutes that he gets. I thought he was non-competitive.”

The harsh-reality quote may have caught some off guard — even though tough love is a classic tactic Pop has used on many of his players in the past who went on to have successful careers (think: Tony Parker, Danny Green, etc) — but not Lonnie. He used it as motivation, and here we are today: he’s playing regular minutes while bringing more excitement to the Spurs than any young player in quite a while.

Since the beginning of December, he’s been averaging 9.2 points and 3.1 rebounds on 47.5% shooting (38.9% from three) in 17.5 minutes, mostly at the expense of Marco Belinelli. The Spurs have gone 9-7 during the stretch, and while there are other factors playing into their improvement lately — namely the improved play of LaMarcus Aldridge and DeMar DeRozan — the excitement and contagious energy Lonnie brings to court is still no small part of the recent turnaround.

Perhaps the best quote that came from Pop in Memphis is one Spurs fans have been waiting to here:

“He’s paid his dues and, as I’ve said, he’s learned about how important decision-making is and his time to score, what’s a good shot, not a good shot, and how to play with his teammates.”

Translated: Lonnie has earned Pop’s trust to the point that he no longer has to fear being pulled after a mistake and risk being glued to the bench. Those words more or less came to fruition a few hours after Pop said them. Like many Spurs on Friday, Lonnie did not have a good game in Memphis, but Pop still played him 15 minutes, including during a key stretch in the fourth quarter when he hit his only shot of the night: a three during the Spurs’ final effort to get back in the game before the Grizzlies went on their final run.

Lonnie is still young and learning, and like every player he’s going to have off nights every now and then. However, he has shown maturity in using Pop’s tough love approach as motivation to get better and is taking his advice to heart. Not only is this a good thing for this season, but the future as well. I

t appears the Spurs have snagged their most talented player in the draft since they traded for Kawhi Leonard in 2011, and at least so far, it appears he may have similar potential to rise to stardom. Here’s to hoping he doesn’t need load management once he gets there.