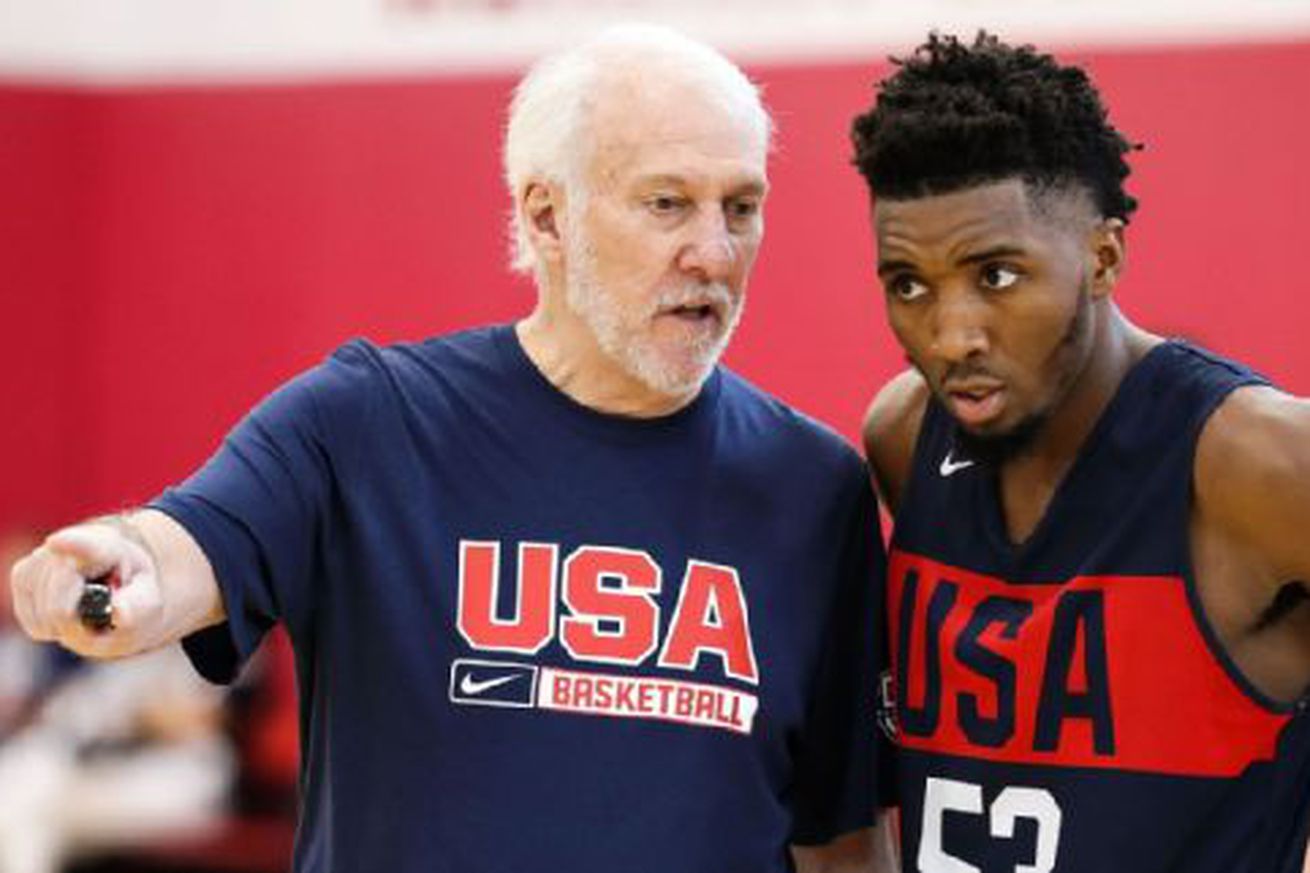 Pop might end up being the most recognizable figure on the team.

Since Team USA’s arrival into Las Vegas for its training camp and prior to embarking to China for the FIBA World Cup, the exodus of major NBA stars from Team USA, including DeMar DeRozan, has been well chronicled. Nonetheless, our country can still rely on Gregg Popovich to mold the remaining players into a cohesive unit. And even more surprisingly (and wonderfully), there is help coming up from the ranks of the Select Team!

In addition to reminding reporters that there was “no answer to” the majority of their questions and then participating in player exercises to show Kemba Walker how to navigate the court, ESPN Senior Writer Brian Windhorst writes “all of it makes you stop and ask: Just what the hell is Popovich doing here?”

And in case any of us has been wondering whether Pop stops and reflects upon the last 20+ years of Spurs basketball, Windhorst ends the article with something I’ve never heard him say before, but it’s not a revelation that will surprise any longtime Pop-watchers: “I’ve never been too concerned with what people might say. I’ve never read an article on any of our five championships yet. What good does that do?” Popovich said. “Whether it’s applause or someone saying I’m an idiot or whatever, I could care less. They’re both fake notions to me. There are more important things, like what kind of wine to order for dinner.”

I guess it’s time to get excited to watch Pop (and possibly Derrick White) in the upcoming World Cup games in China.

Gregg Popovich on the challenge of coaching Team USA
Source: Pounding The Rock