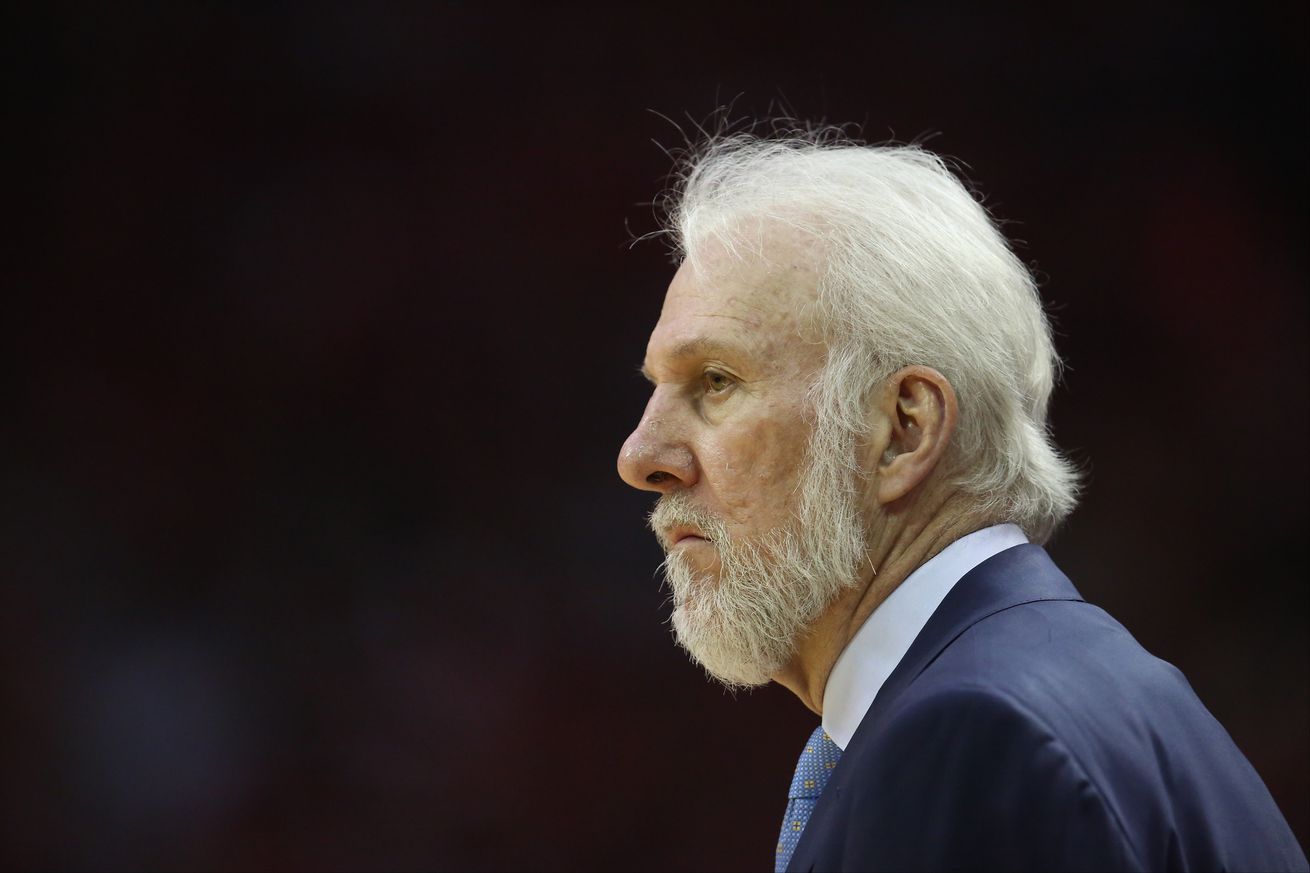 Pop took the gloves off in his response to the events of Sunday.

Well, things got heated in Gregg Popovich’s media availability this afternoon after Zaza Pachulia undercut Kawhi Leonard and re-injured his ankle. First, Pop had this to say as to whether the Spurs chances are less, and/or how San Antonio feels after Game 1.

And then he really drops the bomb when asked about the responsibility players have for each other’s safety.

When the word “intent” came up, Popovich went off again on the Zaza play #Spurs #Warriors pic.twitter.com/hcyy9v6hBl

He said, “Nobody wants to do anything that would put anyone else in danger for a game or a career … this guy’s history is different.” For a refresher on the history Pop refers to, here’s my post from last year about the game and plays in question. (The videos are at the end of the story. #RIPVine)

I was in the middle of writing about my reaction to the play when this broke and I stopped that to get this out asap. I’m sure we’ll be talking about this for a while, and so I guess this is square one.

I sure hope the NBA does something about this over the summer, so we don’t have to see any more stars go down. Thoughts?

UPDATE: For a transcript of some parts of Pop’s interview that aren’t included above, go to the Mercury News’ piece.

The Spurs have beef history with Zaza Pachulia