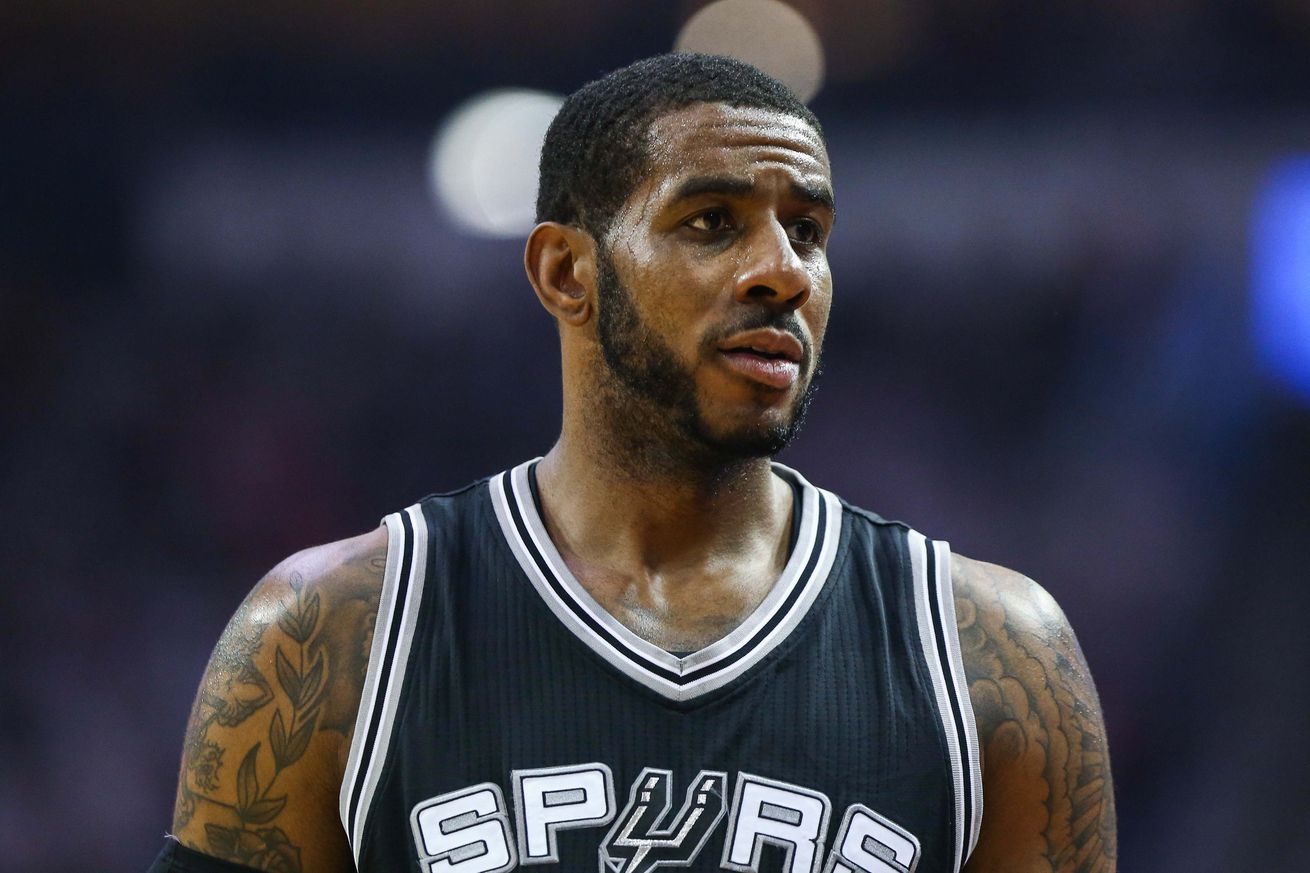 The Spurs coach, in his matter-of-fact way, expressed his displeasure with LaMarcus’ performance.

I’ve been doing my best to stay positive on LaMarcus Aldridge, but after after the Game 2 blowout the San Antonio Spurs (minus Kawhi Leonard) received at the hands of the Golden State Warriors, Gregg Popovich let the cat out of the bag and said that his starting power forward “can’t be timid.”

While he didn’t exactly say it, I feel Pop meant that, as we’ve seen so often this season, Aldridge has been timid. I see no reason at this point to pretend that the ex-Trailblazer is anything that he’s not.

That said, I do not want this to turn into a gripe session. If you want to diss LMA in the comments, I understand. I really do. But I’m going to suggest that every criticism be accompanied by — make that preceded by — at least one positive statement, or idea for how he can be used effectively, or both.

And since I am not going to ask you to do something that I’m not willing to do myself, I’ll begin with my positive thought.

Through the regular season and even into the postseason, I’ve been surprised at how often Aldridge has come up with key rebounds when the game is on the line. It’s an underrated part of his game, and I’ve been surprised on multiple occasions by how adept he can be at moving around his man, securing superior rebuilding position, and grabbing the board. I like this about him and feel that it is worthy of recognition and praise.

I would love to see the Spurs start an offense of possession with Aldridge on the opposite side of the paint from where he wants to post up, and have someone set a cross the screen for him so that he can have deeper post position when he receives the ball. I have seen far too many plays begin with Aldridge reaching out to receive the ball with Draymond Green draped all over him. This is not a recipe for success.

It really bothers me when Aldridge gets a rebound right next to the basket and, instead of gathering himself to shoot a well-balanced high percentage shot, he lets go of the ball really quickly, even though he’s not being challenged. He looks rushed, tentative, afraid to be blocked, and just overall unlike a confident seven-footer.

It seems to me as though he feels like he has no chance of scoring unless he shoots the ball as soon as he can, before the defense can react. But so often, he’s way ahead of the defense in his ability to get off the floor, and if he just slow down, he would hit so much higher percentage.

Also, in these situations, he nearly always aims straight for the basket, instead of shooting at the backboard which increases the probability of making a basket.

So, there you have it — the blueprint for letting off steam on PtR. I don’t intend to unleash a torrent of negativity toward LMA, but if Pop can admit that the man is passing up shots, then it’s not unreasonable for us to discuss our pet peeves too.