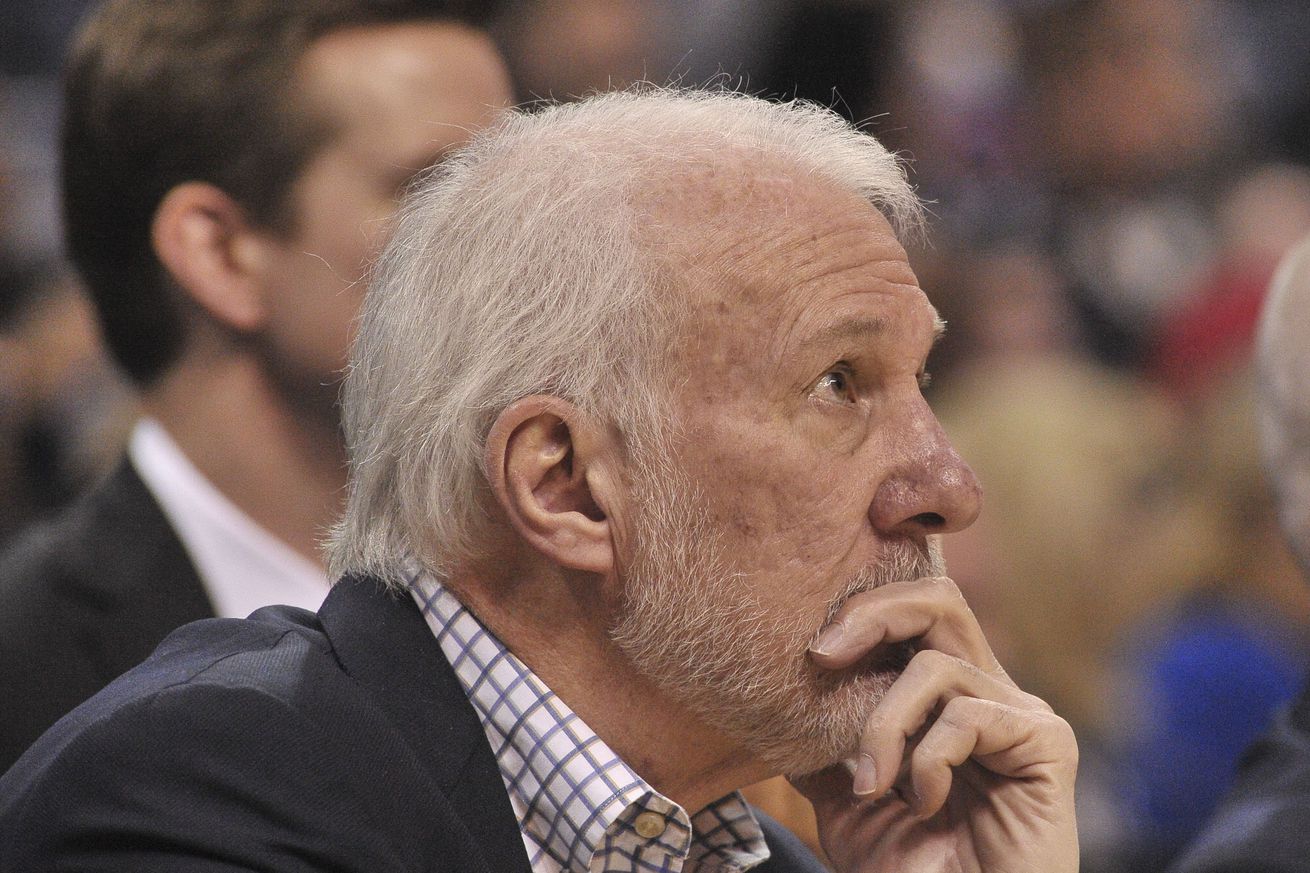 Pop may not like the trend of superstars going to big markets, but he believes it’s still their choice.

Over the last decade, NBA superstars in smaller markets demanding a trade (or else their teams risk losing them for nothing in return) has almost become a way of life. It all seemingly started with Carmelo Anthony forcing his way from Denver to glitzy New York in 2010. LeBron James has had two successful stints in Cleveland but keeps getting tugged back to more glamorous locations like Miami and Los Angeles. Dwight Howard, Paul George, now Anthony Davis and Kristaps Porzingis…the list goes on. Perhaps the only team to take the risk that their star would re-sign and fail was the Thunder with Kevin Durant.

The Spurs may have never thought they’d end up in such a situation, but to the shock of many they did when Kawhi Leonard demanded a trade last summer. They handled it as best as they could, and even though some might think the coach of the most successful small market team in the league would take issue with players holding their teams hostage to get what they want, Gregg Popovich is still on the player’s side.

Gregg Popovich acknowledges that the trend of star players demanding trades might have negative, “deleterious” effects on the NBA. But “Having said all that, I still have to side with individuals doing what they want with the rest of their lives.”

As Pop said, the rate at which players are forcing their way from small market teams and forming super teams in the big markets could potentially become harmful to the league, but he’s still all for players being in control of their own lives, which is hard to argue with. They are human beings just like the rest of us, and there are rules in place to prevent tampering, as the Lakers and recently Davis have learned.

However, it’s still a tough pill to swallow, and so far the steps the league has taken to try to keep superstars with the teams that drafted them — such as the super max extension — has failed. The NBA will never be able to completely force a player to stay in once place, but it’s up to them to decide if they’re okay with the status quo or not.