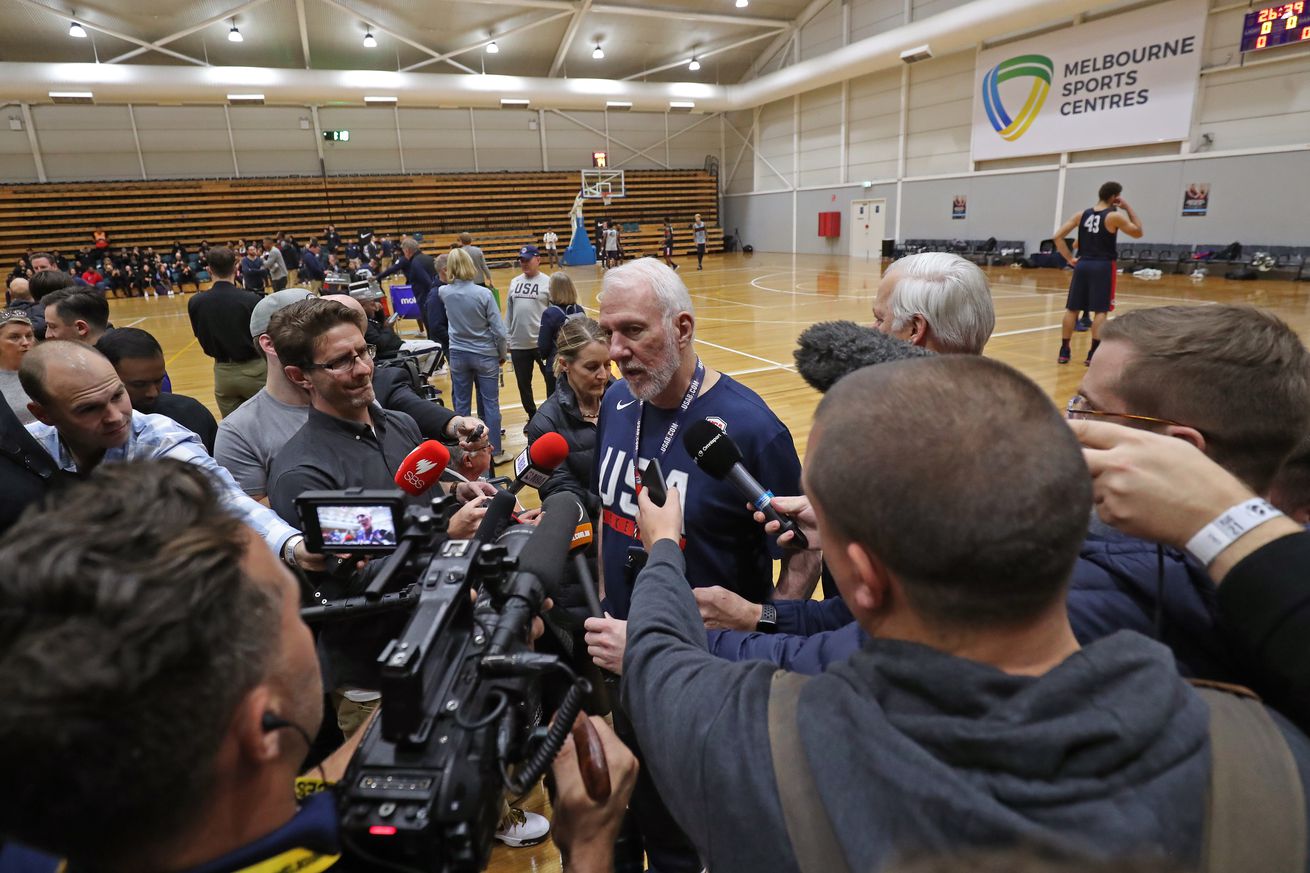 International basketball is typically a sport that the USA national team is expected to dominate with little to no challenge. That isn’t the case with this year’s FIBA world cup, though. Team USA has seen nearly all the star power that defines American hoops opt to not participate in the tournament and instead prepare for the upcoming NBA season.

Due to the less than star-studded assortment of talent representing team USA, the door is open for other teams to unseat the United States and bring the gold medal back to their country.

Team USA head coach Gregg Popovich is well aware of this possibility and has his eye on one team in particular as a major threat not to be taken lightly, Australia.

“They are one of the teams that can win the whole thing, without a doubt,“ Popovich told ESPN on Tuesday. “ I’m not saying that because I’m here. It’s just a fact.”

”They’ve been close for several years, and they are hungry. They are talented. They have the toughness and physicality to go with it. I think they are one of the top contenders without a doubt.”

While Australia is a formidable team based on their own merit, they are led by a very familiar face—Spurs guard Patty Mills.

In typical coach Pop fashion, he isn’t being coy about his professional connection to Mills. He went on to tell reporters about how he used Mills’ contract to strong arm him into forking over the Australian team’s playbook.

“Patty brought me their gameplan yesterday, because I threatened him with his contract.” – Pop, in mid-season form. pic.twitter.com/8TU3HHTg5e

While it was obviously a joke, it was fun to see that Pop maintained his charm even after the long flight to Australia.

Team USA will play exhibitions against Australia twice before the official start of the tournament. While these games will not have real impact on the outcome of the Cup they may prove to be a good litmus test for how this iteration of team USA matches up against some of their top competition.