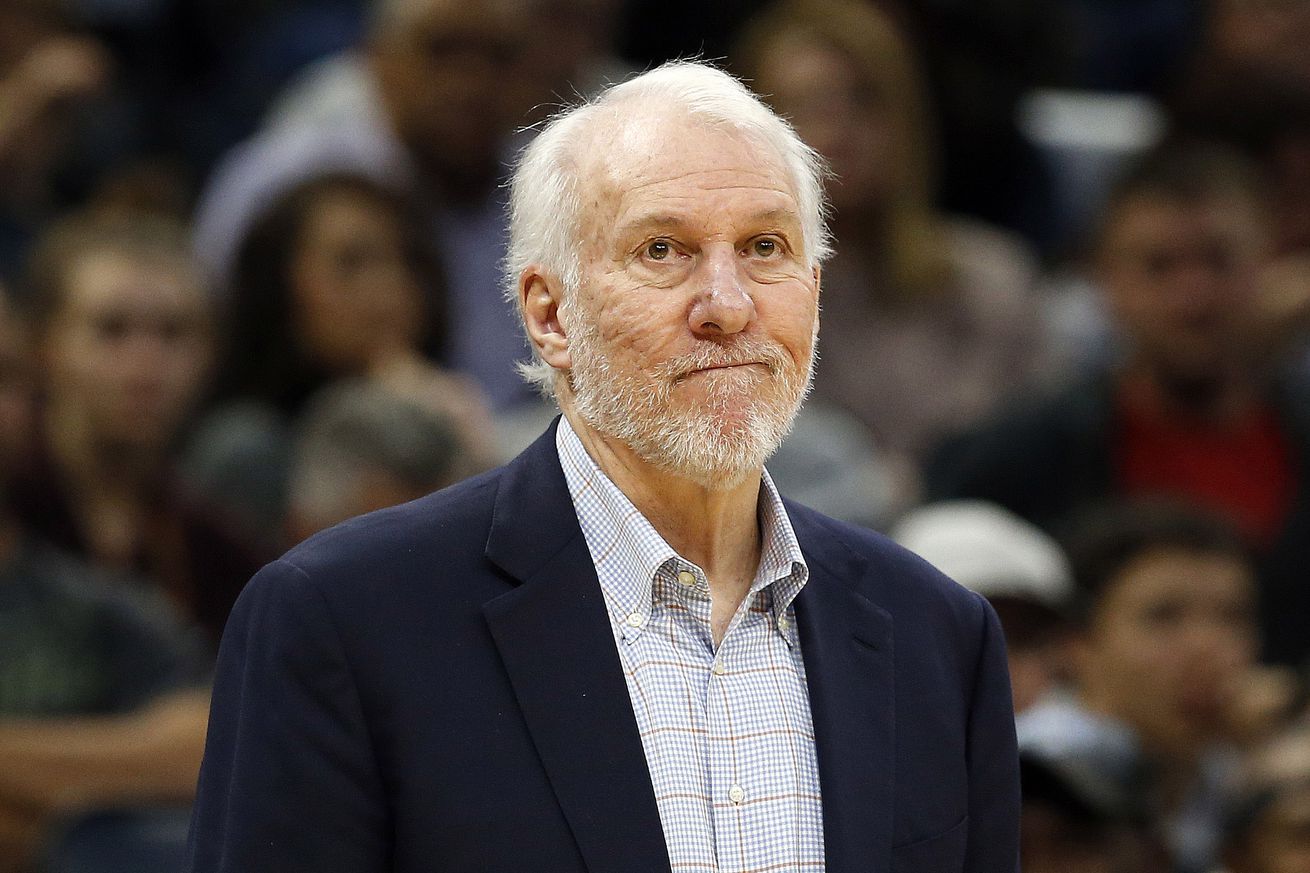 After a terrible first quarter of the season, the Spurs have turned things around dramatically and now look like a playoff lock.

At the quarter pole the Spurs looked lost. They didn’t have a set rotation and their defense was such a disaster than not even a solid offense could keep them afloat most games. Their inconsistency was a huge issue that threatened to derail their season.

How quickly can things change. The Spurs’ turnaround is one of the most shocking events in a league that isn’t exactly lacking for drama. They have won 13 of their last 16 to climb the West standings and they now hold the eighth best net rating in the league. At times they have looked like a contender.

What’s most impressive, is that they’ve done so without addressing any of the personnel and system issues that seemed so blatant at the season’s start. Gregg Popovich has found a way to build on that shaky foundation in what has to be one of his best coaching jobs.

The germ of the turnaround was there at the quarter pole. Pop was beginning to figure out his rotation. Davis Bertans was getting Dante Cunningham’s minutes, a change that played a huge part in providing the team with balanced lineups and giving the bench an identity. Ironically, Pau Gasol’s injury helped as well. With three high quality shooters in Patty Mills, Marco Belinelli and Bertans, and a good dive man in Jakob Poeltl, the subs could stop relying on the high post action they ran earlier in the season, and instead use the pick and roll and drive and kicks more. The extra spacing stretches the opposing defense to the breaking point in a lot of possessions after a ball handler punctures it. A unit filled with smart, willing passers thrives in that environment, moving the rock until it finds the open man.

Over the past 20 contests, the bench foursome has somehow attempted over five three-pointers a game in a little over seven minutes — and they’ve connected on a whopping 53 percent of them. They are responsible for the slight uptick in three-point attempts the Spurs have logged and the significant uptick in conversion rate from beyond the arc. They also average over 107 possessions per 48 minutes, which would lead the league. That unit completely dismantles opponents on offense with its pace-and-space attack and has been surprisingly sturdy on defense thanks to the smarts and effort of everyone involved. They have broken games open, which is something the old Spurs struggled to do at the start of the season.

Essentially, Pop has somehow created a parallel team with a completely different identity than the slower and mid-range centric starters. But the split personalities that form this new Spurs squad actually complement each other perfectly instead of clashing. There are even mid-stages to the transformation from one identity to the next, in which two or more starters share the court with some shooters — typically Patty Mills and Marco Belinelli. It works like a charm because everyone is aware of their role but also flexible enough to shift to a different one depending on who is beside them on the court. This adaptability allows the Spurs to play in completely different ways at any point in the game, and has boosted an already good attack to new heights.

As dramatic as the improvement has been on offense, it pales in comparison to how much better the defense has gotten. From a personnel level, it all started with Derrick White. At first White felt like a strange fit in the starting lineup, a ball handler on a unit that already had enough players that needed the rock. But as soon as he got to focus on defense, he started to shine. White is a long, energetic, disruptive defender, the type the Spurs lacked on the perimeter. He’s physical and smart enough to put pressure on elite opponents without fouling too much, a must in the Spurs’ defensive system. He’s also athletic and opportunistic enough to play a passing lane or strip someone driving to the rim. Essentially he’s exactly the type of defender a team needs on the perimeter to be more aggressive, which is what the Spurs want to do.

Earlier in the year there seemed to be a team-wide hesitance to help. Players wanted to stay on their men, which meant defending primary actions using only one or two men, even when there was a mismatch. Pop was still hoping that the perimeter players were going to be able to fight their way back into plays they were screened off and that the big men were going to be able to use their size to deter shots at the rim or force misses. It didn’t happen. Opponents were getting into the middle too often as the Spurs struggled to contain anyone at the point of attack, both in the perimeter and inside. The defense either surrendered too many uncontested looks from the in-between area, or too many unimpeded drives to the paint, which no longer had two seven-footers to protecting it.

Over the past 20 games or so, the Spurs have changed strategies. Some core tenants remain in place, but they are now embracing the fact that they are quicker than most teams instead of bigger or more defensively talented. They are involving more people in simple actions like pick and rolls and collapsing to the paint more often, convinced that they can recover in time. It’s working, as opponents are now having to settle for contested looks or risk having to navigate a lot of traffic on their way to the rim. If the ball is kicked out to the perimeter, the Spurs are not only nailing the first rotation often, but also the second and sometimes the third. The energy and focus is obvious.

The improvement mostly comes to those two factors. The Spurs have made some schematic tweaks — icing the pick and roll more often, switching to prevent giving up the middle — but the biggest change has come in terms of effort and execution. In no aspect has that been more obvious than in transition. The Spurs tightened up on fastbreak buckets allowed, but more important than that, they started to get back on defense with purpose. That means they are not just taking away some clear-cut transition opportunities but that they are also taking away some secondary transition ones. After ranking third in overall shots and eighth in three-pointers allowed early in the shot clock (18-15 seconds) in their first 20 games, they now rank 20th and 24th, respectively. Forcing opponents to play in the half court has been a huge help for San Antonio

So Pop has proved once again to be a warlock that managed to incorporate two different — and some would say contrasting — offensive philosophies on a single team without creating chaos. He also has a roster that (while it has little defensive talent on paper) is performing well in their own end after some tweaks to the rotation and scheme. He has them playing like an elite team, which might have some wondering whether they are one. The signs suggest the answer is “no.”

During their past 20 games, the Spurs have allowed the league’s sixth most wide open looks, but opponents are only converting those at the 18th lowest rate. Part of that is leaving the right guys open, but part of it is surely luck. Similarly, the Spurs have been shooting the lights out on open looks, but also on tightly contested ones. They’ll start missing eventually. Other issues like rebounding could come back to haunt them as well. The Spurs are good, but in all likelihood they’re not quite the contenders they’ve looked like recently.

Which is fine. This team might not challenge for the title, but it does look like a solid playoff team at this point, which is still a gigantic turnaround. Looking at the future, the foundation still feels flawed, but Pop has done a fantastic job of masking it at least momentarily, which is all anyone can ask.

There can be joy in imperfect things. Success doesn’t always have to be measured in titles. The Spurs are good, they are fun and they seem to be a lock for the playoffs. After how the season started, that should be enough for every fan to be happy.