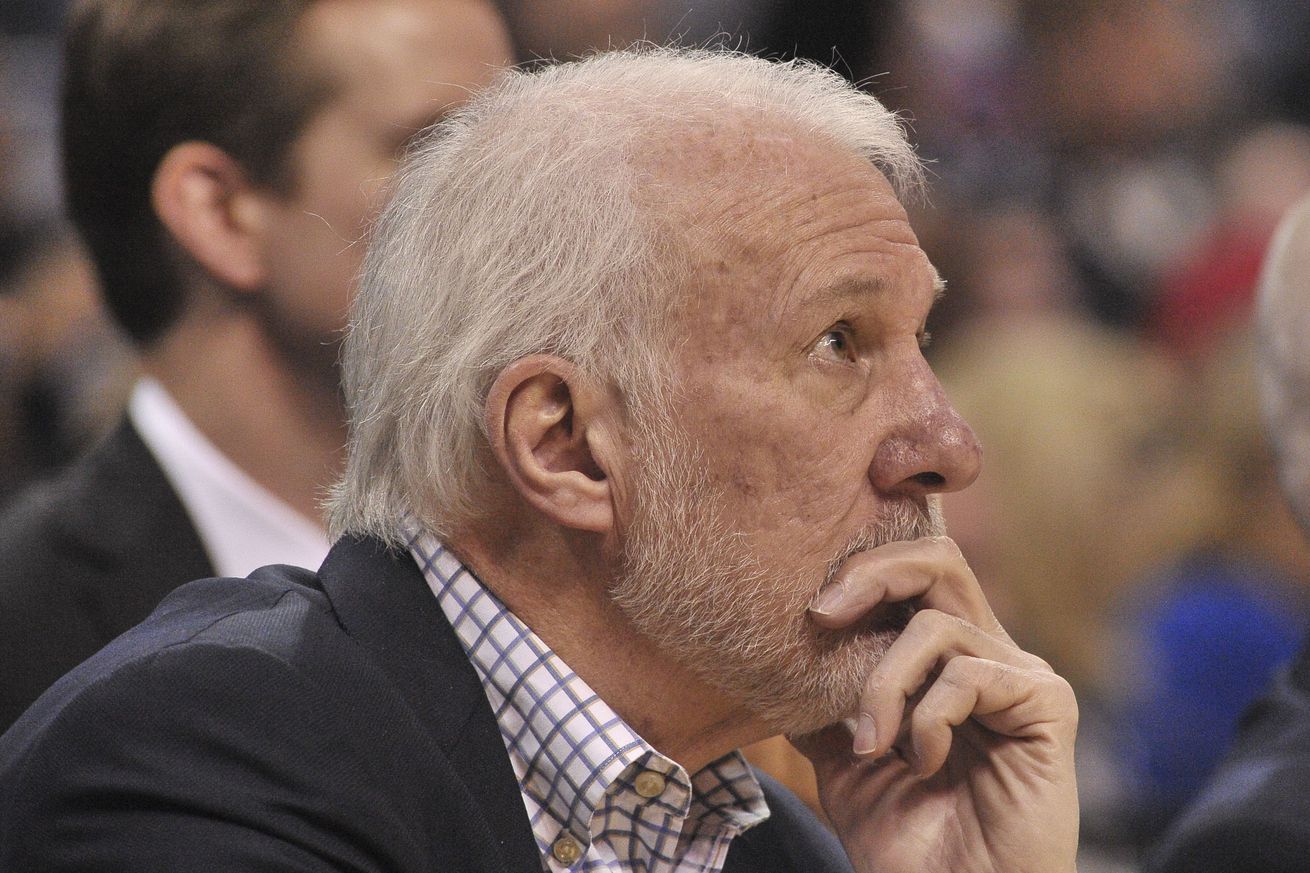 Pop’s reply to the question of his future in San Antonio.

I think it’s safe to say that everyone is bracing for the day when Gregg Popovich is no longer pacing the sidelines for the San Antonio Spurs. It’s something that’s going to happen sooner rather than later and, well, it’s sounding like there’s a chance that “sooner” might be happening a lot sooner than we’d like.

In a interview with Marc Stein last night in Dallas, Popovich went long on what he figured his plans might be after this season

“I don’t know the answer,” Popovich said when asked about his plans for next season

Wow. As ever, Pop remains an open book.

Stein does elaborate that both Pop and R.C. Burford have discussed various options on the table for next year in the event that our greatest fears are finally realized. Again, there is nothing entirely new happening here, but it is one more gradual change in the language being used by PATFO surrounding what comes next. It’s no longer “the next couple years” or “after the Olympics.” By all accounts, everyone is taking things year by year now and that just feels different.

The Spurs organization has weathered an awful lot of change recently, but the departure of Gregg Popovich remains as a looming event on the horizon and none of us are quite sure what things are going to look like when it comes.