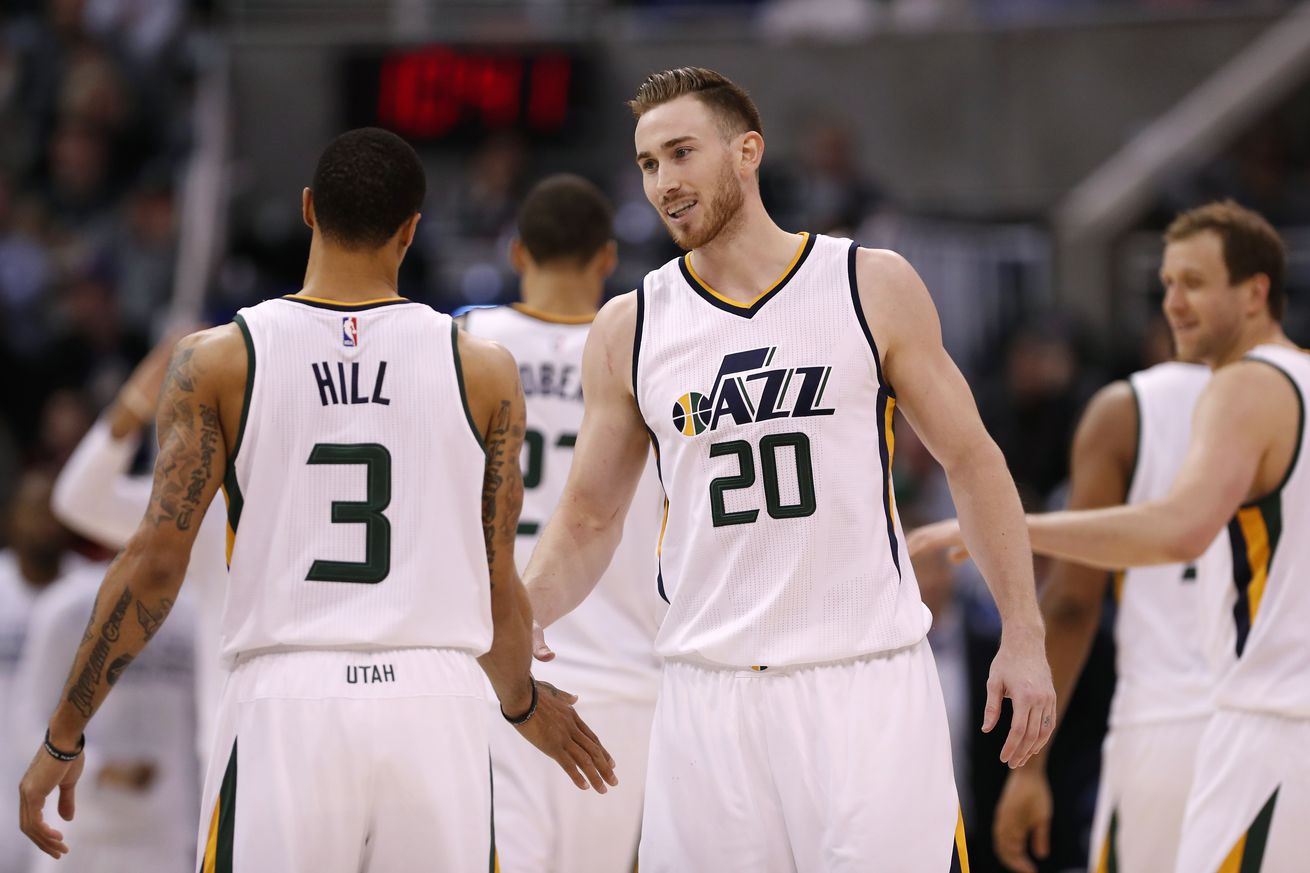 How Utah’s small forward may unintentionally determine whether San Antonio is able to make a deal this offseason.

NBA free agency is a beautiful, chaotic mess. Come July 1st, a flurry of contracts and Woj bombs are going to take over the league we love. Every team has contingency plans on contingency plans as any one move can have a domino effect on the rest of the market.

Although Hayward’s camp has been relatively silent, the speculation is that he is looking to join the Boston Celtics. It makes sense, Boston is an up-and-coming team with a bevy of assets led by Hayward’s college coach, Brad Stevens.

According to Marc Stein, Hayward has scheduled free agency meetings with the Boston Celtics, Miami Heat, and the Utah Jazz. No word if the Spurs will make a move yet.

League sources confirm Miami/Boston/Utah is indeed the order on visits Hayward has scheduled once free agency starts Saturday at 12:01 AM ET

How does this affect the Spurs?

First, it determines whether or not Boston is going to pursue Paul George. Boston has been rumored to be attempting to land both Gordon Hayward and Paul George, the point being to use Hayward to entice George to commit to a long term contract. To do this, Boston may trade Avery Bradley to clear cap space, knowing they won’t be able to re-sign Bradley after this upcoming year.

Whether or not Boston pursues Paul George matters; their treasure trove of picks and young players can trump any deal the Spurs, Cavs, and Rockets can offer the Pacers. However, without Hayward, Boston’s chances of re-signing Paul George after next season drop off significantly, and there is little incentive to trade the farm for a one-year rental on the current Pacer.

Should Boston step away, the Paul George trade market drops to four teams; the Spurs, Cavs, Rockets, and Lakers. The Spurs, Cavs, and Rockets are contenders, and the only teams where a one-year George rental may make sense. In that case, it may be a question of which team’s front office can convince a team like Denver or Phoenix to surrender the picks and young assets that Indiana wants in a three-team deal. Getting Paul George is difficult and risky, but any of these suitors would have a year to sell George on a winning culture in hopes of signing him long term.

Meanwhile, the Lakers, George’s preferred destination, are waiting until next off-season to sign George outright. They don’t want to surrender anything valuable yet, but they may be convinced to yield Brandon Ingram if the threat of a contender trading and re-signing George spooks them.

If Gordon Hayward goes to Boston, the Spurs’ chance at Paul George drops considerably. However, it opens the door to another George; George Hill.

As covered here yesterday, George Hill would be a great fit in San Antonio. The Spurs are in the market for a point guard, and Hill’s skill set and familiarity with the organization could make for a successful reunion. Yet, Hill and Gordon Hayward are very good friends, and Hill is waiting to see where Hayward ends up before making a decision. If Utah loses Hayward, George Hill is in play, more so now that the Jazz have just traded for another point guard in Ricky Rubio.

Of course, the Spurs would have to do a variety of salary cap gymnastics to make room for George Hill, or any other free agent. There are many different directions that the Spurs can go, and we don’t know which one PATFO will take. What we do know is that the madness starts tonight at 11:01 PM CT. Buckle up.