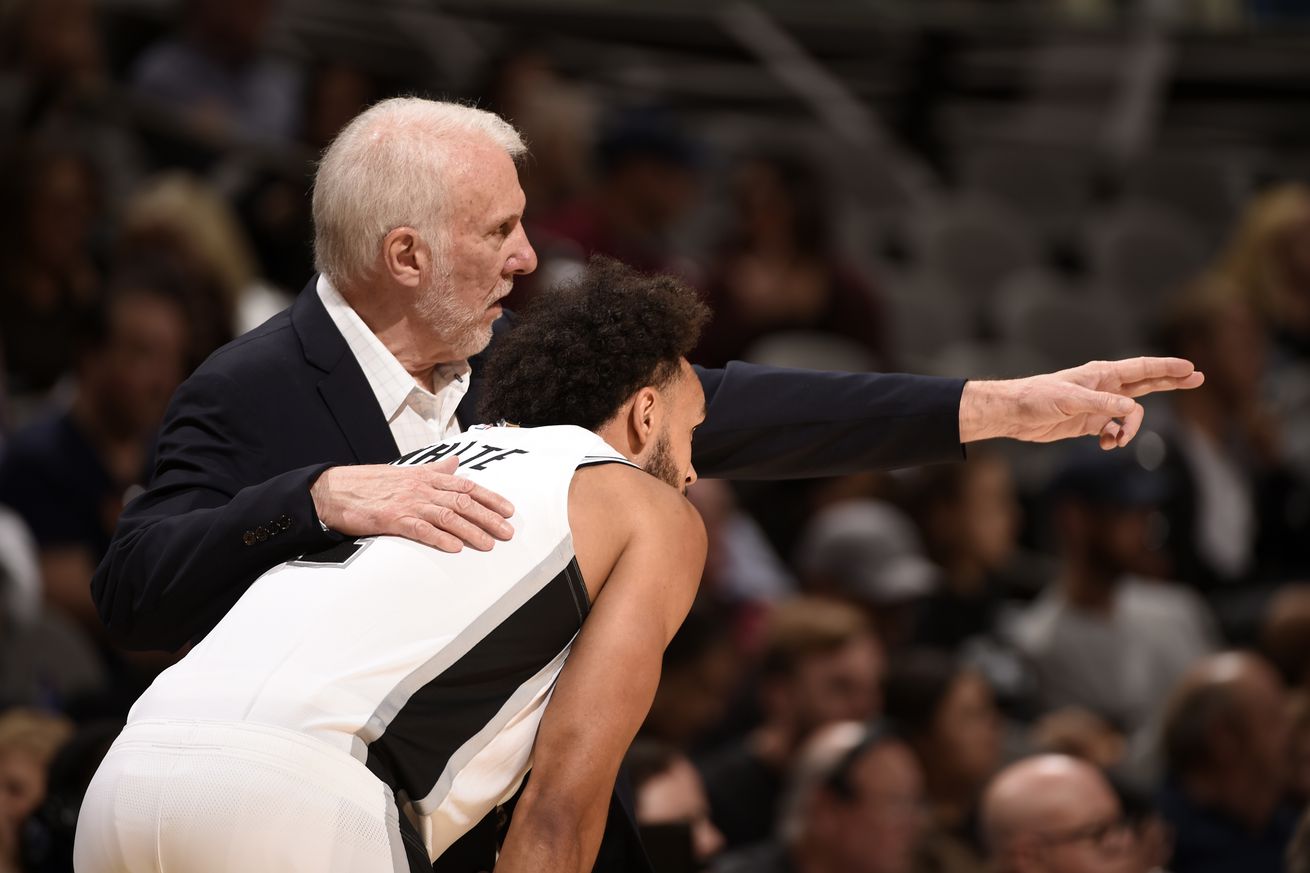 The Spurs didn’t get a ton of love from the GMs, but Pop sure did.

The NBA’s 2019-20 GM Survey was released a few days ago, and it was pretty much what most would expect. Most GMs have the Clippers or Bucks winning the championship, Giannis Antetokounmpo winning MVP, etc. The Spurs didn’t get as much attention as they did back in the good ol’ days, but they weren’t totally forgotten.

They were picked to be the 8th seed in the West (including one third-place vote), and a couple of players got some love as well. LaMarcus Aldridge came in 4th for best power forward in the league. and Dejounte Murray received votes for “player most likely to have a breakout season”. The Marcus Morris decommitment received votes for the most surprising move of the offseason, as did Chip Engelland for best assistant coach.

However, unsurprisingly, Gregg Popovich garnered the most attention for the Spurs. He was named the best head coach in the league with 55% of the votes, best “manager/motivator of people” with 41%, tied for third with for best defensive schemes, and fourth for best in-game adjustments.

This all makes pretty good sense. Perhaps the main surprise for me was the Spurs did not receive any votes for “most promising young core”, but that’s fine. Let them keep flying under the radar and surprise the league down the line. That’s what the do best.

Are there any other surprises in the GM survey? Feel free to discuss.