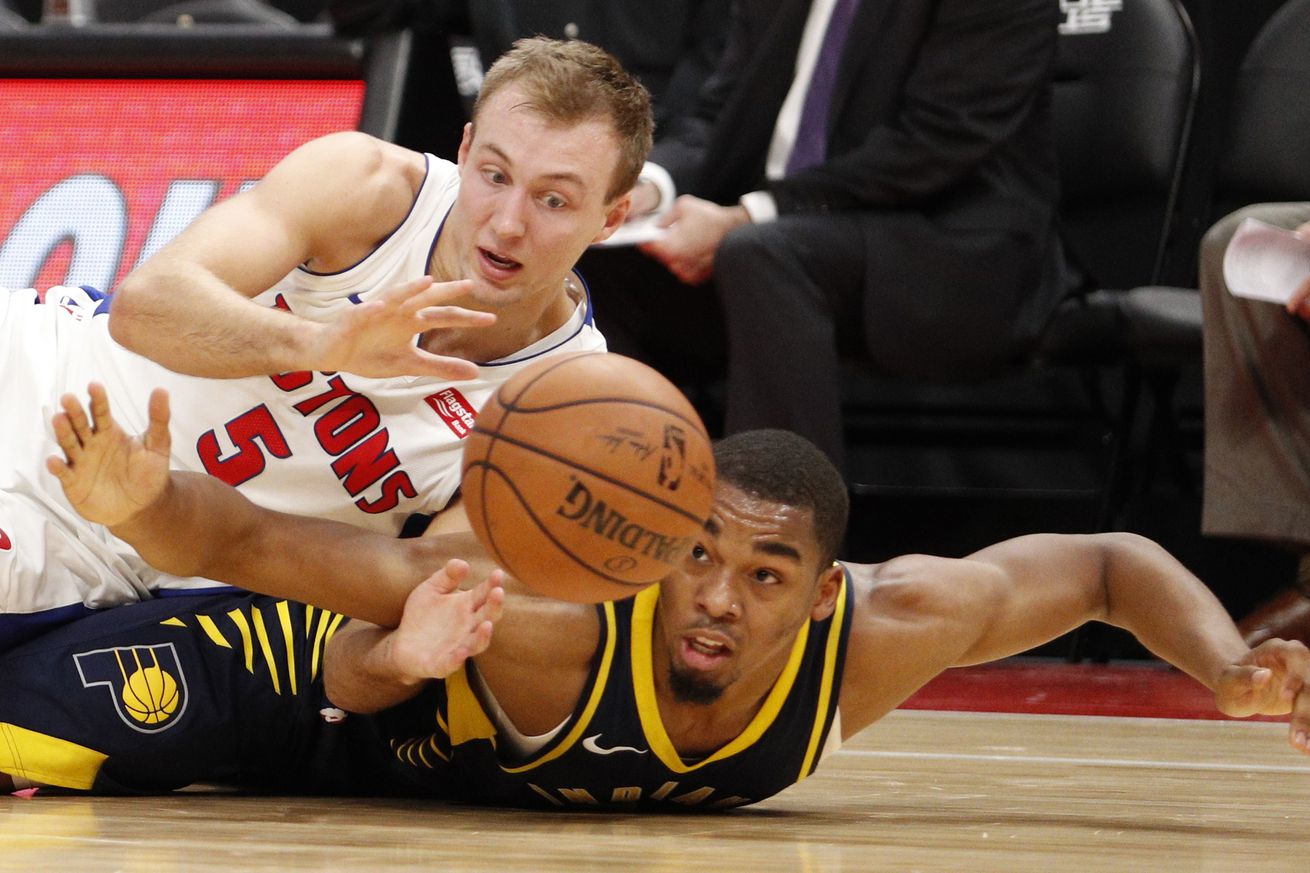 For anyone who’s been missing Kyle Anderson lately…

The Spurs recently signed their second and final two-way contract player in Ben Moore: a 6’8” forward from Bolingbrook, Illinois. He attended Southern Methodist University, where he averaged 9 points and 6 rebounds over four years before going undrafted in 2017.

He played for the Indiana Pacers Summer League team that summer and joined their G-League affiliate, the Fort Wayne Mad Ants, where he averaged 20 points, 6.8 rebounds and 1.3 blocks in just 25 minutes per game while shooting 73.2% from the field. He signed a two-way contract with the Pacers in January of this year and appeared in two NBA games last season before being waived earlier this month.

This may sound pretty typical: a four-year college player who posted modest numbers in college, didn’t get drafted, and in just over a year as shown enough promise in the G-League to earn two-way contracts. However, if you delve a little deeper and really read up on Moore, many writers seem unusually high on him considering his modest resume.

As mentioned yesterday, at least one Pacers beat writer is particularly sad to see him go due to the tremendous upside he has shown on the court and pointing out the praise that has come his way from anyone he has played for, like Team USA assistant coach Jeff Van Gundy:

“He’s a straight winner. He could be on any team in the NBA.”

Or his former G-League coach in Fort Wayne, Steve Gansey:

Most of all, he earned all the respect in the world from his former college coach and notoriously hard-to-please mentor of Gregg Popovich: Larry Brown. Prior to the 2017 NBA draft, The Ringer wrote up an amazing piece [Editor’s Note: that piece is definitely worth your time. -jrw] on how Moore has all the pieces to be one of those “successful undrafted players.” Not many players that far under the radar get so much attention on draft night.

Personality-wise, he seems to have the attitude of the perfect teammate and is extremely coach-able, according to Brown, who has coached some notoriously stubborn players in the past.

“I’m sure a lot of the times he thought I was the devil. A lot of the guys I’ve been lucky enough to coach always felt … I was maybe expecting too much of them. But Ben came to practice every day with an unbelievable will to win. He’s one remarkable kid. I’ve been so lucky to be around great teammates and he’s a special teammate.”

On the court, he is described as a player of Draymond Green’s ilk (physically, not emotionally): positionless with a perfect body type to do whatever is asked of him and whose only goal is to help his team win. He’s a defender first and can cover players both down low and on the wings with that Spursian quality of keeping his arms straight without fouling.

Moore got more freedom on offense his senior season at SMU once Brown retired, and his assistant Tim Jankovich gtook over. While he lacks a reliable jumper — probably one of the main things that prevented him from being drafted — he’s a decent ball-handler with good pick-and-roll instincts and a solid finisher at the rim. It could be that a little work with Spurs shooting guru Chip Engelland is all he needs to give over the hump and into the NBA.

The Spurs already have one successful “undrafted” story on their roster now and Bryn Forbes, who spent plenty of time in Austin honing his skills before earning a permanent spot in the Spurs rotation, so who’s to say the same can’t be done with a more physically gifted player like Moore?

They wouldn’t have given him a two-way contract if they didn’t see the same promise everyone else does and didn’t think he could help them if needed in a pinch. As the Spurs forward rotation remains in flux due to injury and other uncertainties, he’s definitely a prospect to keep an eye on if not this season, then at least down the road.