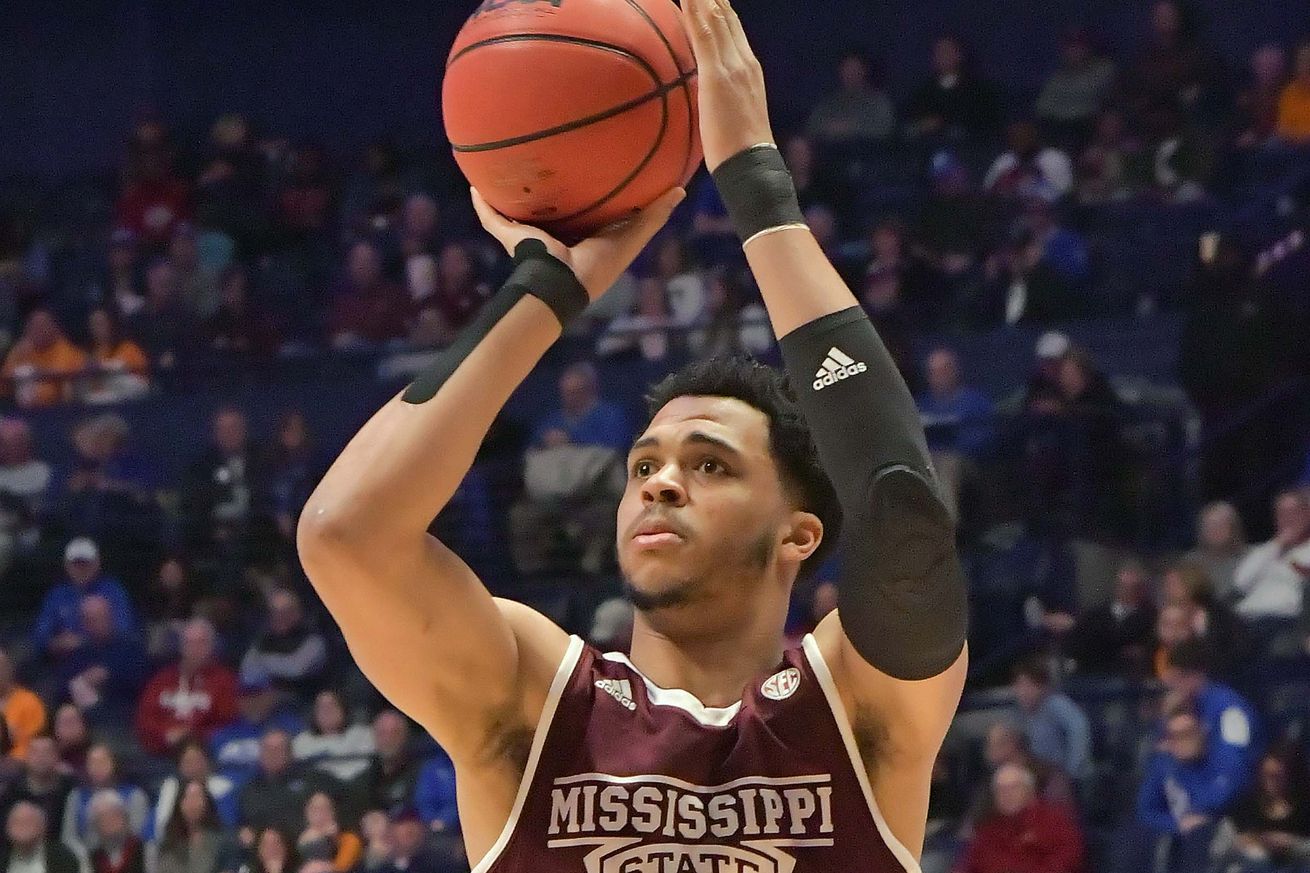 Getting to know each of the Spurs’ 2019 draft picks.

Little if any spotlight is ever given to the second round of the NBA Draft. All of the household names are off the board and your average basketball fan is heading to bed for a good night’s sleep.

Though many of these second-rounders will never see the light of an NBA rotation, when it comes to the San Antonio Spurs, you never know which name you’ll need to remember. While several teams rely on the lottery to retool their roster, the Spurs have made a habit of uncovering overlooked talent where others see fringe project players. (E.G.: Danny Green, Davis Bertans, Bryn Forbes).

The Silver and Black snatched up two tantalizing pieces with the 19th and 29th picks, but who did they choose with their lone second-round selection? That ladies and gentleman, would be none other than Mississippi State combo guard, Quinndary Weatherspoon.

Weatherspoon wasn’t what you’d call a highly-touted prospect coming out of college, and he barely clipped the radar in most major media mock drafts. To be honest, with the Spurs eight deep at guard up to that point in the draft, adding yet another guard didn’t seem like the smartest decision.

Listen to R.C. Buford talk about Weatherspoon after the draft, and the gears in your brain should start churning.

Add in the factor the Spurs will need to replace Bryn, Marco Belinelli, and Patty Mills sometime in the near future, and it all begins to make sense.

Quinndary Vonta Weatherspoon was the first of three boys born to Sharon and Tommie Weatherspoon in Canton, Mississippi. He attended little-known Velma Jackson High School some 20 miles from where he was raised, won three-straight state titles en route to becoming a three-star recruit, and eventually committed to play basketball for Mississippi State University.

Weatherspoon was a four-year fixture for the Bulldogs, starting in all but 14 of his 131 career appearances. The combo guard averaged 18.5 points and 4.7 rebounds per game as a senior while shooting 50.8% from the field and 39.6% from three.

He led the team in scoring during his final season and became just the third player in program history to eclipse 2,000 points. Quinndary is highly regarded for his three-point shooting and fluid athleticism but falls a bit short when it comes to creating open looks for his teammates.

Despite a limited offensive outlook at the next level, Weatherspoon projects as a solid NBA defender. Although his height — 6’4” — won’t wow any front offices, his 6’9’’ wingspan and sturdy 210-pound frame are nearly identical to that of All-NBA defender, Marcus Smart. Pair that with his relentless hustle and you’ve got the ingredients for a modern 3-and-D specialist.

As his 315 career assists to 307 career turnovers suggest, efficient playmaking was never his specialty at Mississippi State. Primary ball-handling won’t be among his list of duties right away, albeit cutting down on turnovers will be integral to both earning and keeping minutes in coach Pop’s rotation.

Before we get carried away with talking rotational minutes for the rook, let’s rein in expectations. With their abundance of guards and lack of roster spots, Weatherspoon will almost definitely spend his first go-round with the Austin Spurs, but don’t get too down.

Derrick White, Dejounte Murray, and even Cory Joseph before them spent a significant amount of time developing with San Antonio’s G-League affiliate. The best things in life are worth waiting for, and Spurs fans should be patient with Weatherspoon.

Get to know your new Spur: Quinndary Weatherspoon
Source: Pounding The Rock