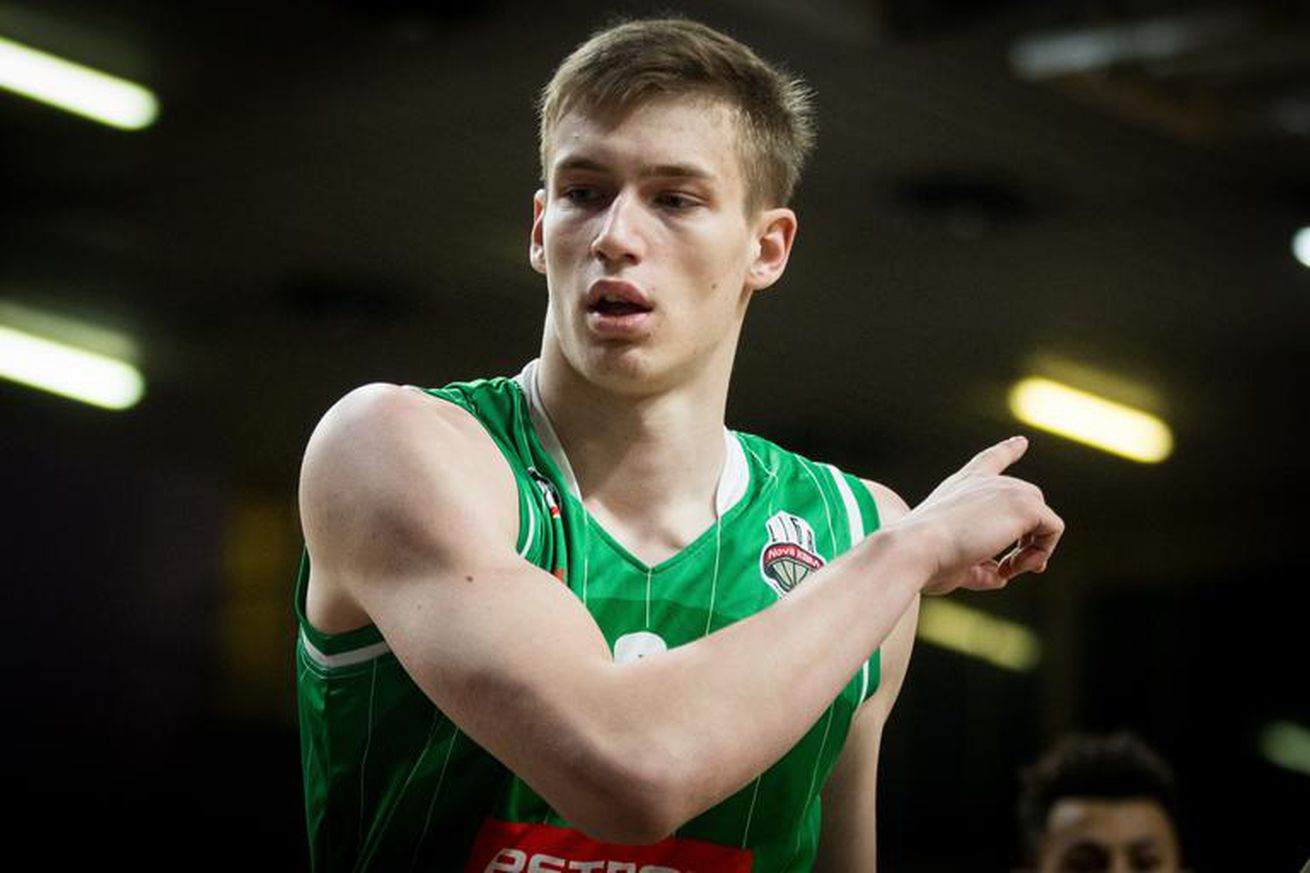 Getting to know each of the Spurs’ 2019 draft picks, beginning with Luka Samanic.

When the Spurs drafted 19-year-old Croatian forward Luka Samanic with the 19th pick, some eyebrows were raised. Even in a draft that was already expected to be more interesting than usual due to a relatively flat level of talent after the first few picks, it still felt like a surprising move when there was seemingly more talented prospects available — ignoring the fact that mock drafts had Samanic ranging as high as a mid first round pick (but also as low as a second round pick).

However, when one really thinks about it, this was not that surprising of a pick by the Spurs at all. They had been scouting him since at least the beginning of May, even making the trip overseas to see him in person, and signs of their interest continued to grow as he came to San Antonio for workouts and performed well in the Combine. He fits an area of need for the Spurs, especially for the future, as a long, athletic forward who can drive, handle the ball, shoot from three, and is a versatile defender — all in line with today’s NBA.

His listed weaknesses — inconsistency, a lack of commitment on defense at times, and a current lack of strength to defend the post at the NBA level — are not uncommon for a 19-year-old and can all be fixed with time, practice, and effort. Both he and the Spurs have made it clear he plans on signing with them this summer and not being stashed in Europe, but expect him to spend at least some time in Austin bulking up and honing his skills (especially considering he’ll have LaMarcus Aldridge, Davis Bertans and likely Rudy Gay to contend with for minutes).

Time will tell if this was the right move for the Spurs (although it’s starting to feel more and more like a very good one, at worst), but in the meantime it’s time to get to know Samanic a little better. Born in Zagreb, Croatia, his father Marco was also a professional basketball player as well. Luka didn’t begin playing basketball until he was 11, and before that he enjoyed playing football (a.k.a. soccer to us Americans) and . . . break-dancing (no footage found, unfortunately).

He began playing professional basketball in the amateur leagues with FC Barcelona in 2016, where he was a standout. Although he received attention from some premiere Division I colleges in the U.S. (including Florida, Gonzaga and Purdue), he ultimately chose to remain in Europe. He played for FC Barcelona B (their reserve team) in 2017-18 before joining Petrol Olimpija of the Slovenian League for the 2018-19 season, where he averaged 8.2 points and 5 rebounds on 44% shooting (37% from three) before declaring for the NBA Draft.

On an international level, he has played for the Under-16 and Under-18 the Croation National Teams, the latter of which he won the gold medal with at the 2017 FIBA Europe U18 Championship.

Spurs fans will likely get their first glimpse of Samanic live in the Utah and/or Las Vegas Summer Leagues, and him combined with their other 2019 draft picks and quite possibly Lonnie Walker IV could provide an excellent glimpse into the future for Spurs fans. As they continue their youth movement, the offseasons are becoming more and more interesting, and so far this one is living up to the hype.

Hopefully Luka will too, and he’s already off to a great start off the court. Not only does he understand the Spurs culture and what an opportunity it is the be here —

— but he’s a big fan of Mexican food and tolerant of heat and humidity: big musts if you’re going to live in San Antonio. (Although in fairness, I was in Zadar, Croatia last summer, and it was hot and humid as well but with less air conditioning, making the mid-80’s not any better than the 90’s. He has a bit of an advantage in that regard already.)

Welcome to the Spurs family, Luka!

I asked @SamanicLuka last night how he felt about Mexican food and San Antonio’s humidity.

Get to know a little more about our 2019 #NBADraft picks ⤵️

Get to know your new Spur: Luka Samanic
Source: Pounding The Rock