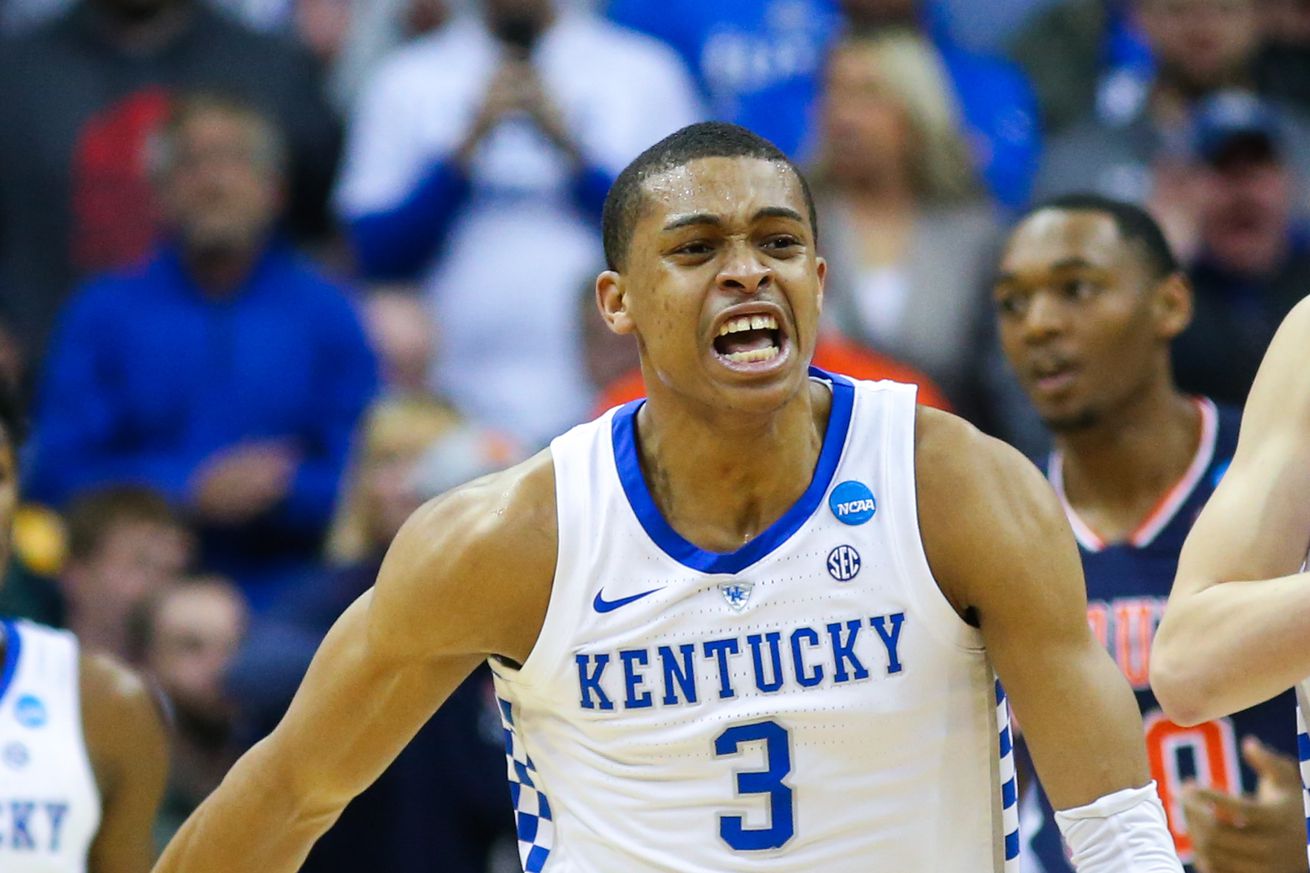 Getting to know each of the Spurs’ 2019 draft picks.

Heading into draft night, there were plenty of rumors that the Spurs might be willing to trade the 29th pick for a variety reasons — to move up in the draft, for an established veteran, for cap space considering their roster is already pretty full, etc — but as they did with the 19th pick and Luka Samanic, the Spurs stuck to their guns and appeared to get their guy once again, this time in Keldon Johnson.

Johnson was expected to go higher, including by R.C. Buford who referred to him as “the best player at his position,” but once again the Spurs appear to have gotten another steal at a spot that has been kind to them this decade (see: Cory Joseph, Dejounte Murray, Derrick White).

Born in Chesterfield, Virginia, Johnson attended basketball powerhouse Oak Hill Academy in high school, where he became a five-star recruit. He played one season at the University of Kentucky, starting in 36 of 37 games while averaging 13.5 points and 5.9 rebounds per game while shooting 46.1 percent from the field and 38.1 percent from three. He’s considered a solid shooter off the catch, screens, and on the drive but lacks in the play-making department.

However, his biggest strengths appear to be on the other side of the ball, where he is best known for his tenacity on defense: a coveted feature in the Spurs system that was largely lost last season due to injury and roster turnover. While his measurements — 6’6” with a 6’9” wingspan — don’t jump off the page for a wing, he makes up for it with energy and hustle. He also has a strong center of gravity, making him harder to back down or shove aside. If there is a weakness in his defensive game, it’s in the statistical categories as he only recorded 28 steals and 6 blocks in his 37-game collegiate career.

That being said, his college coach, John Calipari, is convinced that the Spurs got the steal of the draft and that fate intervened to put him in the hands of a coach and organization that is known for its player development.

“He will be the one that over-delivers. He is in SAN ANTONIO.”@UKCoachCalipari says the @spurs are the best organization in the NBA and that fate intervened FOR Keldon Johnson to land there at No. 29. pic.twitter.com/ybnAE5e8dI

Like most Spurs rookies, Johnson will likely spend most of his time in Austin next season, but if anything allows him to break the main rotation early it will his defense and bulldog mentality. Not that he sounds like the type of player who needs any extra motivation, but the known gym rat seems eager to learn and ready to get to work . . . and try his first breakfast taco.

Hear from Keldon after being selected in the #NBADraft! pic.twitter.com/Yu07sjN20O

Keldon Johnson says he’s never had a breakfast taco before, but we can quickly change that.

Get to know your new Spur: Keldon Johnson
Source: Pounding The Rock