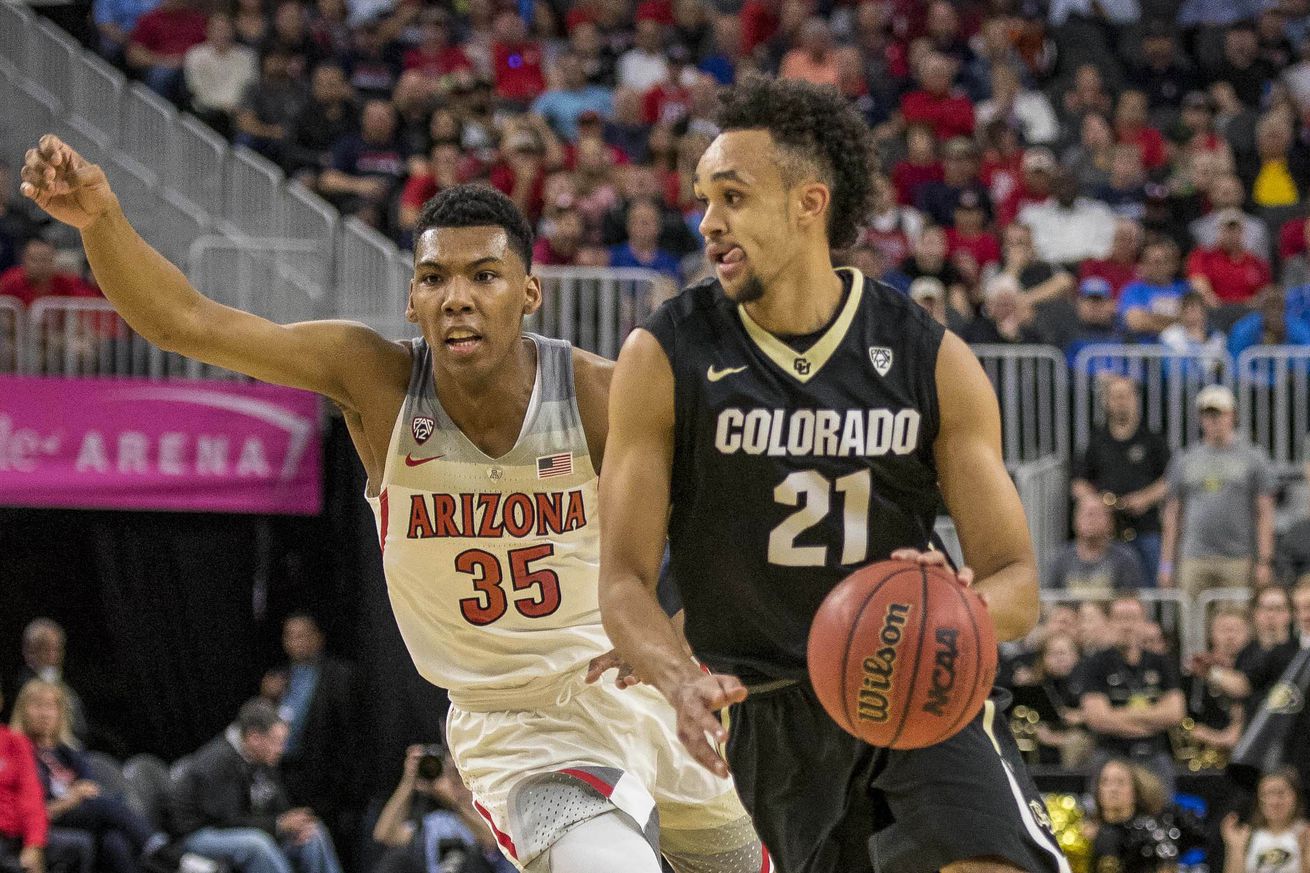 A jack-of-all-trades from the unlikeliest of places

In a first round that saw its fair share of trades (hello Jimmy Butler), the Spurs stood pat. No Danny Green trade. No LaMarcus Aldridge trade. At least not yet. Instead, the Spurs stuck to the script, drafting Colorado’s Derrick White with the 29th overall pick of the 2017 NBA Draft.

The @spurs take Derrick White of Colorado with the 29th pick. pic.twitter.com/zyyIhYYF2R

Here’s what Spurs fans have to look forward with their new prospect:

Derrick White is jack-of-all-trades, and his versatility is one reason he moved up draft boards. He shot a hair shy of 40% from three and was his team’s best deep threat, despite attracting attention as Colorado’s primary scorer. At 6’5”, he has the size to play both guard positions, which allows Popovich to play him with more bench combinations. He’s a decent passer, averaging 5.1 assists per 40 minutes. One can easily see Derrick fitting in nicely with the Spurs reserve units, keeping the system flowing, even if he doesn’t blow everyone away with his athleticism.

But don’t get me wrong, Derrick definitely showed off his athleticism during his time at Colorado.

However, the main knock on Derrick is that he’s a good (not great) athlete. He doesn’t have an explosive first step or the speed to be a great defender. His size makes up for some of his lack of speed, but not all of it. At 22 years old, he was the oldest player to be selected in the first round, meaning his ceiling isn’t as high as some of the youngsters picked before him.

As an average NBA athlete, Derrick White is going to have to prove he can work with others in San Antonio’s system if he is going to see time on the floor. Thankfully, his shooting and passing ability, coupled with his decent size, point to him being able to fit in as a role player.

Yet the most interesting thing about Derrick is where he comes from. Before his breakout year at Colorado Boulder, Derrick played three years at DII Colorado-Colorado Springs. He is the first former Division II player in the NBA since Ben Wallace. Derrick White defied the odds so far, and the Spurs expect for that to continue.