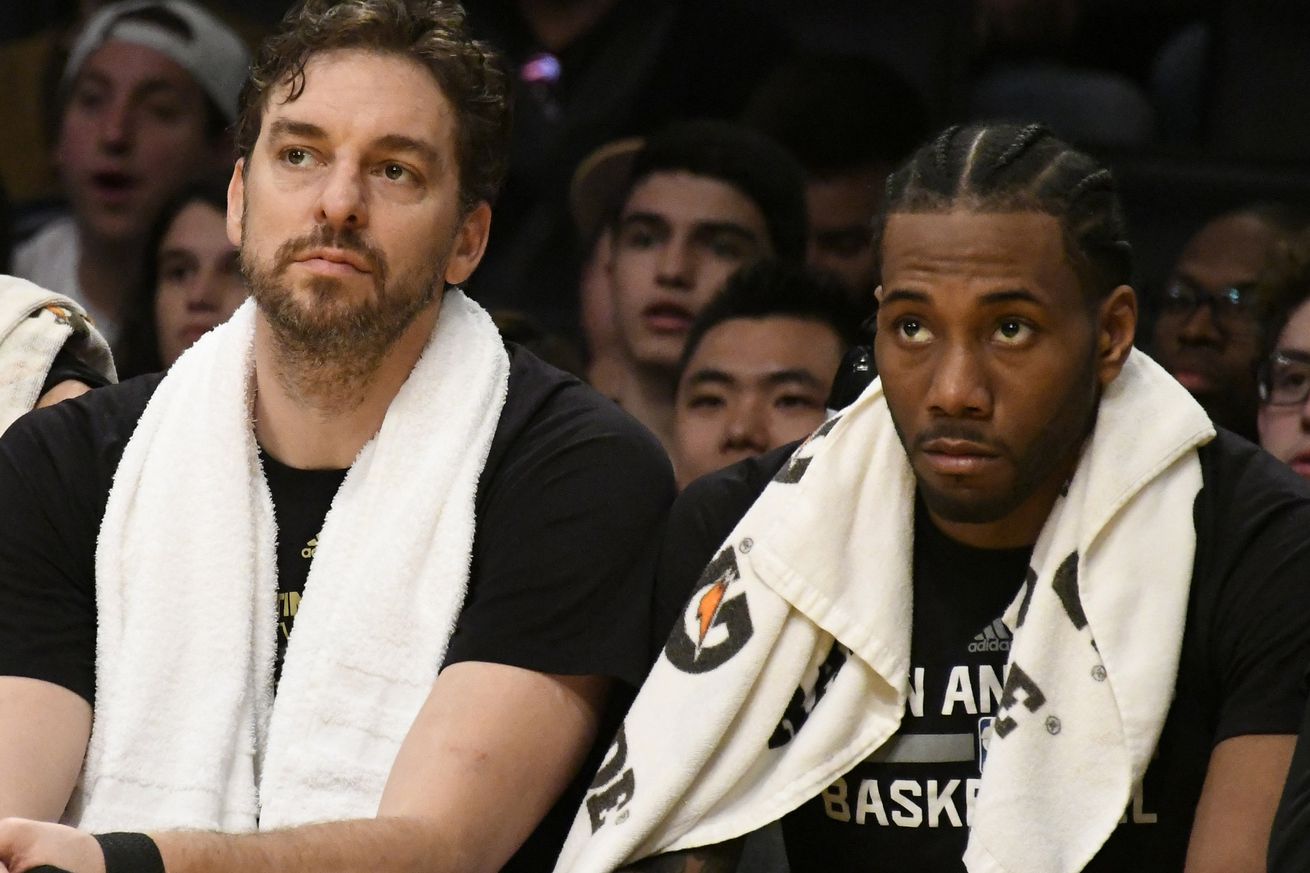 The Spurs’ Spaniard drops some wisdom about Kawhi’s injury situation.

Pau Gasol injured his right shoulder 12 days ago while playing against his brother Marc and the Memphis Grizzlies. Although he sat out one game, he has been coming off the bench and playing with additional athletic gear to protect his shoulder.

It’s still sore. It’s going to be sore. I didn’t really let it heal properly. You risk that the injury lingers, but it’s fine. It’s not too bad. It allows me to play and I am able to get better little by little.

Tom Orsborn reported that Gasol has come to the defense of Kawhi Leonard, who has been under scrutiny for his extended absence during his recovery from quadriceps tendinopathy.

We humans tend to make a mistake of judging without knowing. So we don’t know exactly what Kawhi feels or has felt or has going on. I think you always have to honor people’s ethics and morals and desire to play and do what you are supposed to do.

On February 21st, Head Coach Gregg Popovich was quoted as saying he would be surprised of Kawhi returned in the 2018 season:

Reports later surfaced that Kawhi would return last Thursday when the Spurs hosted the New Orleans Pelicans at the AT&T Center. Pop debunked, or at least refused to corroborate, those initial reports (check the 2:00 minute mark of this post-game interview from March 10th):

Not only has Pop weighed in but the longest tenured Spur Tony Parker was quoted as saying “At some point, it makes no sense” when asked if Kawhi should return given the amount of games left.

With so many commenting on the discussion, many pundits, bloggers, and fans have added opinions that Leonard may be holding out for a trade, taking advice from people outside of the Spurs organization, or that he simply choosing not to return despite being medically cleared.

So it should come as no surprise that Pau Gasol —a senior member of the Spurs who knows not only the pangs of injury and the necessary steps to recovery but the desire to play the sport he is so passionate about— has come forward and speak on behalf of his teammate.

“We want to have a positive mentality about it and not be critical. It’s not going to do any good. We hope at some point, coming down the stretch, all the work he has done individually and throughout the season pays off and he can help us at the end. Hopefully, sooner rather than later because we don’t have much left and we are in a pretty tough position.

Again, we have all been patient and understanding. It must be hard for a guy that is as talented as Kawhi is to have a season like this and to be in the position he is in. All we can do is support him and encourage him and hope that at some point he comes back to help us.”

Indeed. With the Spurs fighting themselves back into a playoff spot, it’s hard to imagine anyone wanting the ball in his hands more than Kawhi Leonard. Hopefully, The Klaw will have the opportunity to join the team that has held it together in his absence and make a push for the ultimate Cinderella story in the postseason.