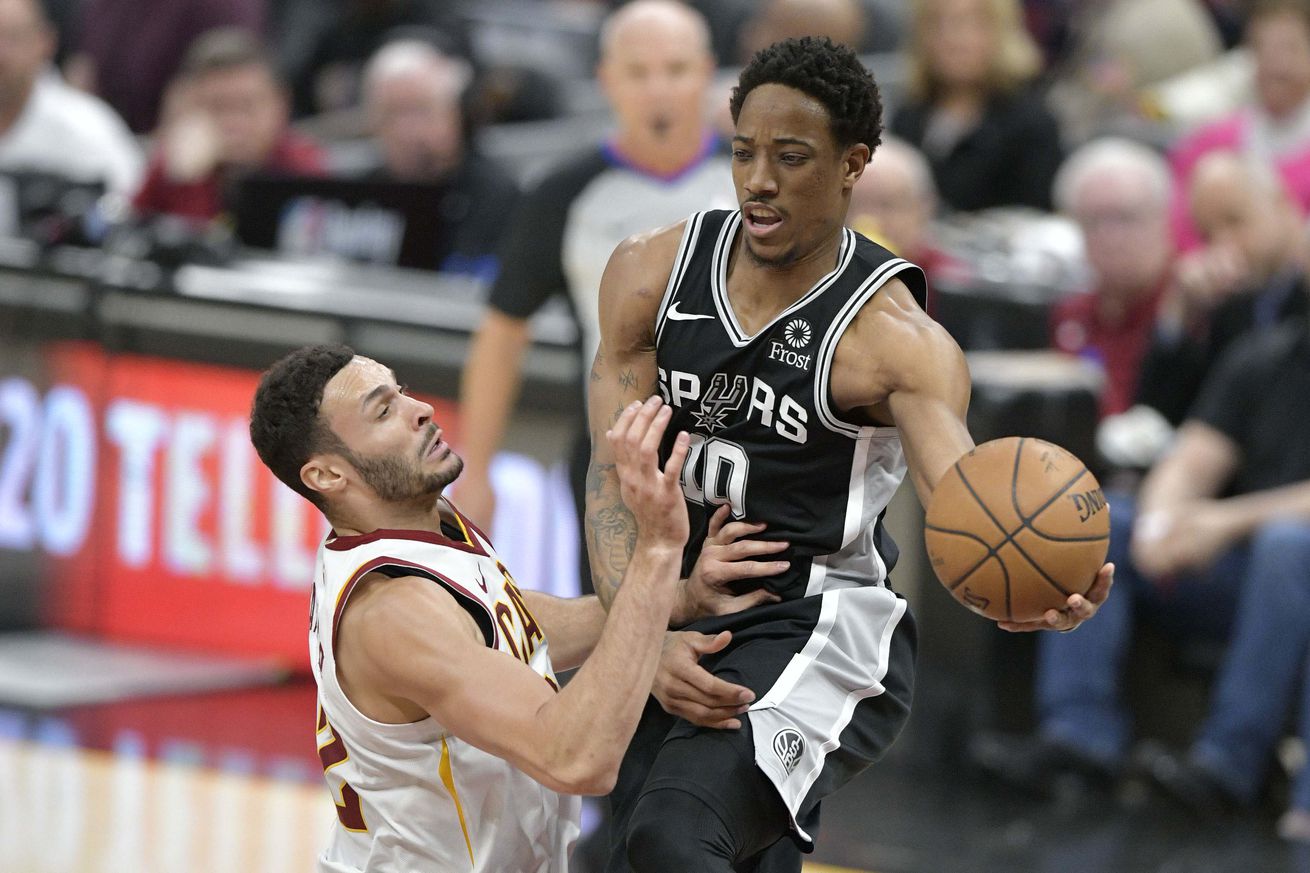 After an extended break, it’s back to work for the Silver and Black as they try to extend their winning streak.

The Spurs try to extend their 8 day winning streak tonight against the struggling Cleveland Cavaliers. Well, it’s only a 2 game winning streak, but thanks to the schedule-makers and the Lone Star break of 5 straight days off, the Spurs haven’t had a loss in over a week. The last two wins were exciting affairs, with amazing comebacks in the final few minutes, leading to overtime wins. The Houston win wasn’t officially in the books until 6 days later, after the league denied a protest triggered by the basket that didn’t count. With those two wins and nearly a week of rest in the books, the Spurs face the Cavaliers, who aren’t good this year. Hopefully, last minute heroics won’t be necessary tonight, but the Spurs have made a habit of not overpowering anyone, so look for Kevin Love to go off tonight on the complacent home team. This would be a good night for Lonnie Walker IV to have a reprise of his breakout performance against the Rockets, and for DeMar DeRozan and LaMarcus Aldridge to shake off the rust and dominate bottom tier Eastern Conference team. Go SPURS GooOOOoo!!