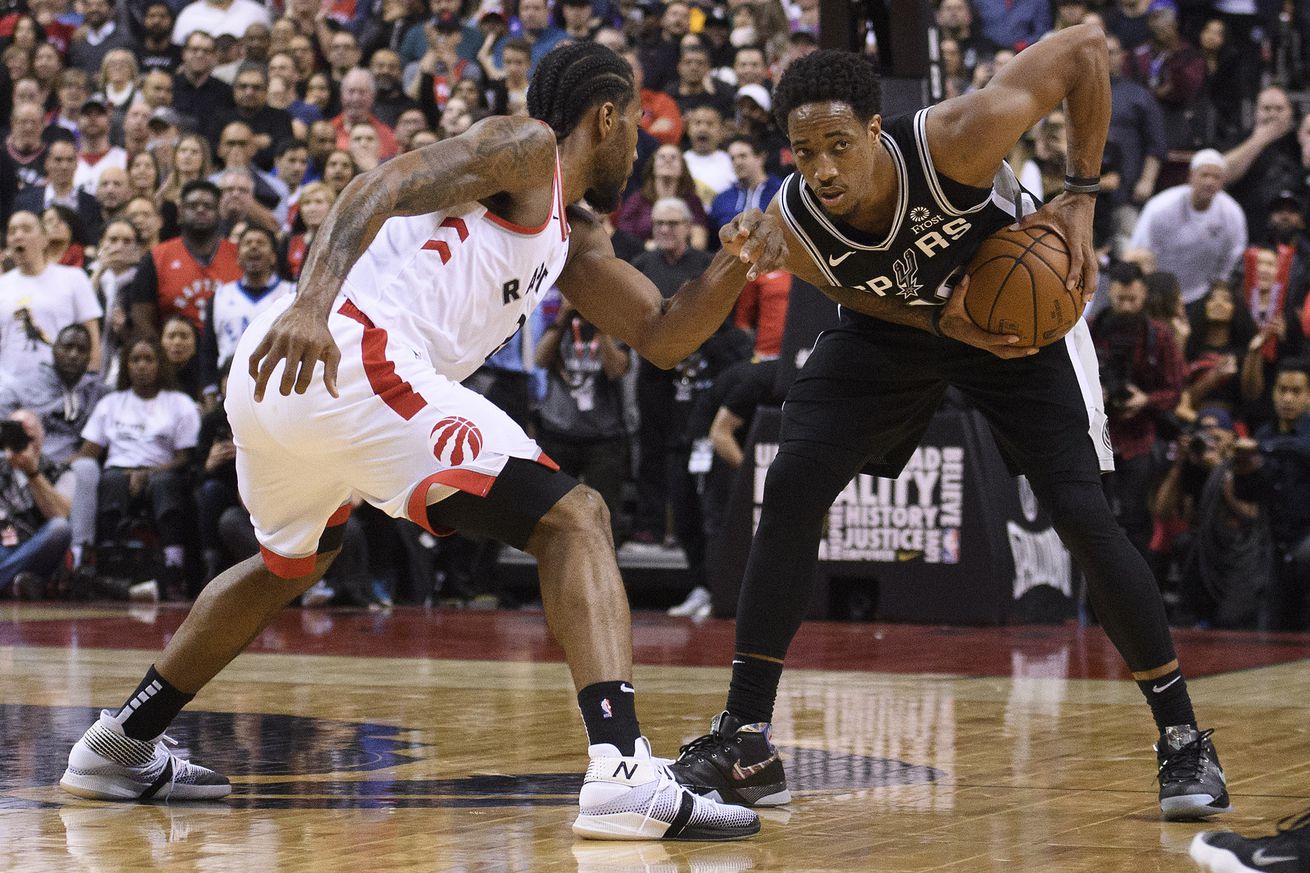 The defending champs lost their best player before the season started, but they’re still pretty good

The Raptors rolled the dice last year and made a risky gamble on an injured player who was either unable or unwilling to play for the team that held his contractual rights. It paid off amazingly well for them, as they won a title, and when Kawhi Leonard left this summer, there were no regrets, as the cupboard was in no measure bare, they had a developing Pascal Siakam and Fred Van Vleet, along with a mix of talented young players and capable veterans. This year, they’re in fourth place in the east, and have a decent chance to make it to the Eastern Conference Finals, and who knows where they could go from there. If the Silver and Black want a win tonight, they’re going to have to get another stellar game from DeMar DeRozan, but they also need one or more of the new young core to step up, both on offense and on the defensive end. Dejounte Murray, Lonnie Walker IV, and Derrick White can’t all have bad games at the same time if the Spurs expect to steal a win against the Raptors tonight. Look for another breakout game from Lonnie tonight, and at least four blocks from Jakob Poeltl. Go SPURS GooOOOoo!!