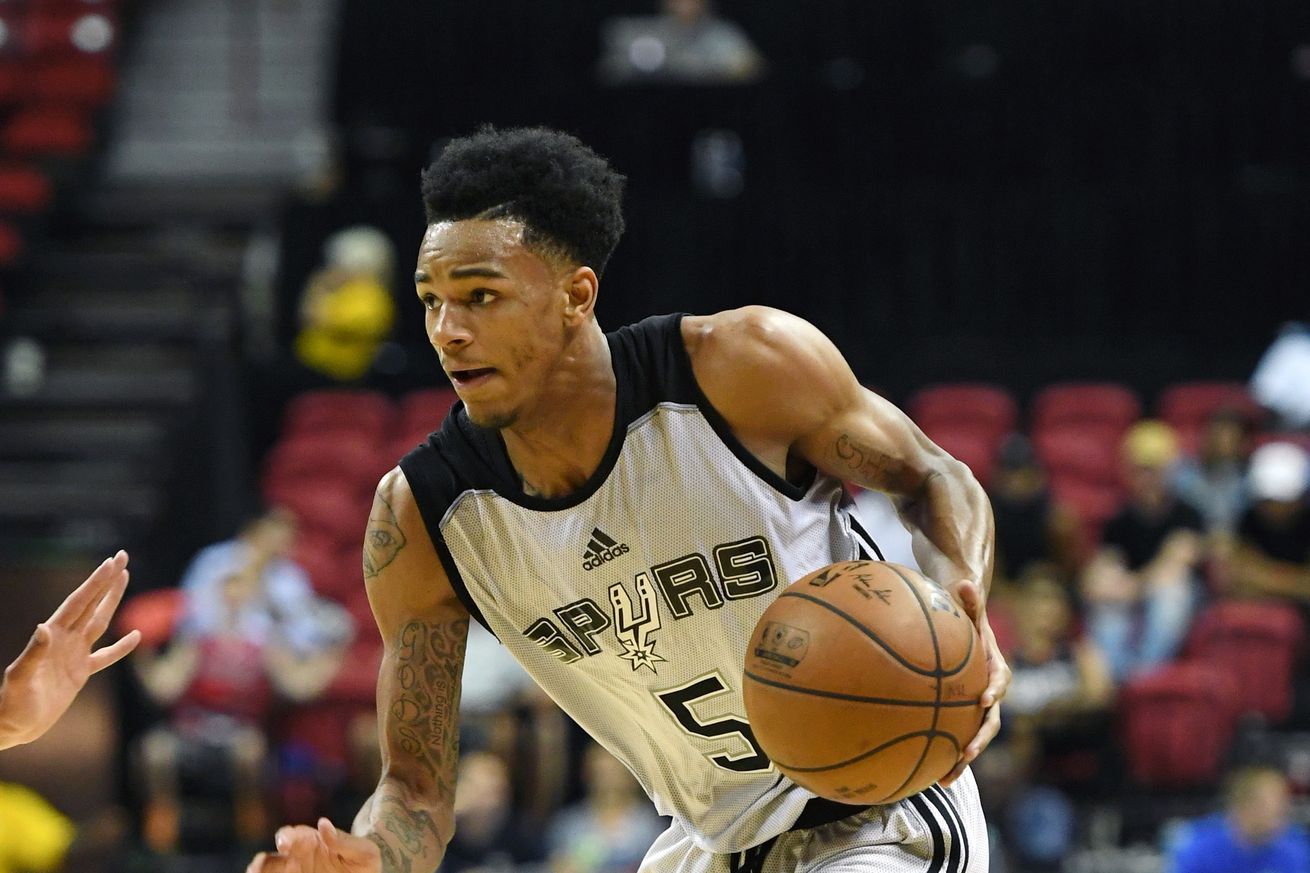 The Summer Spurs (2-1) received a bye in the first round of Vegas tournament play and will face the New Orleans Pelicans (1-3), 105 to 95 winners of their first-round match up against the Atlanta Hawks (2-2). The tournament consists of a total of five rounds with every team playing at least two games. While the winners advance, the losing teams play a consolation game.

First, I remain steadfast that the Pelicans are the worst bird-named team in all of sports. Second, kudos to the 24th seeded Pels for breaking out of their three-game skid with a win over the 9th seeded Hawks. Leading the team is a pair of second year players who are both scoring over 20 points per game, Quinn Cook and Cheick Diallo. Texas A&M’s Jalen Jones, who scored 21 points per game in last season’s G-League, averaged only 7 points per game in Vegas until he exploded for 21 points and 11 boards to help upset the Hawks. Journeyman Axel Toupane also aided the effort by throwing in 13 points on 5 of 7 shooting.

After Derrick White and Dejounte Murray were DND against Portland, I’m out of the “who may or may not play” business. Also, after six summer game previews of listing “Players to Watch” I decided to change things up a bit for the tournament.

A team’s strategy becomes fairly simple to encapsulate when it’s key player averages a point per minute. By topping 30 points in three of the six games, Bryn Forbes has taken over the Spurs unlike any Summer Spur before him. Along with his 3 boards, 4 assists and a steal, Forbes touts a shooting percentage of 44 percent per game. And since he also leads the team in minutes played with 30, the bye provided a needed day off. No Summer leaguer has shown the capacity to stop Bryn so far, and no Pelican player appears to present any more of a challenge than he’s already faced.

Teams that play in Utah or Orlando prior to Vegas, for obvious reasons, have a chance to create more positive chemistry. And the Spurs have clearly taken advantage of the additional play. For example, center free agent and second leading scorer Shayne Whittington (13 ppg & 6 rpg) started slow in Utah but now fits his role nicely. Davis Bertans, while lacking game to game consistency with his three, always displays intensity and toughness in averaging 10 points a game. Guard Olivier Hanlan, part of the Diaw trade with Utah, has come to life in Vegas averaging almost 10 points per game. And seemingly out of nowhere, Cory Jefferson, originally drafted by the Spurs with the 60th pick in the 2014 draft before being traded to Brooklyn, has contributed 10 points and 5 boards a game.

Anyone watching the first game in Utah against the Jazz would have been hard pressed to predict much success in Vegas. Now, while I wouldn’t call them the favorites, I do think they can make some noise as long as Forbes stays hot and gets some help.