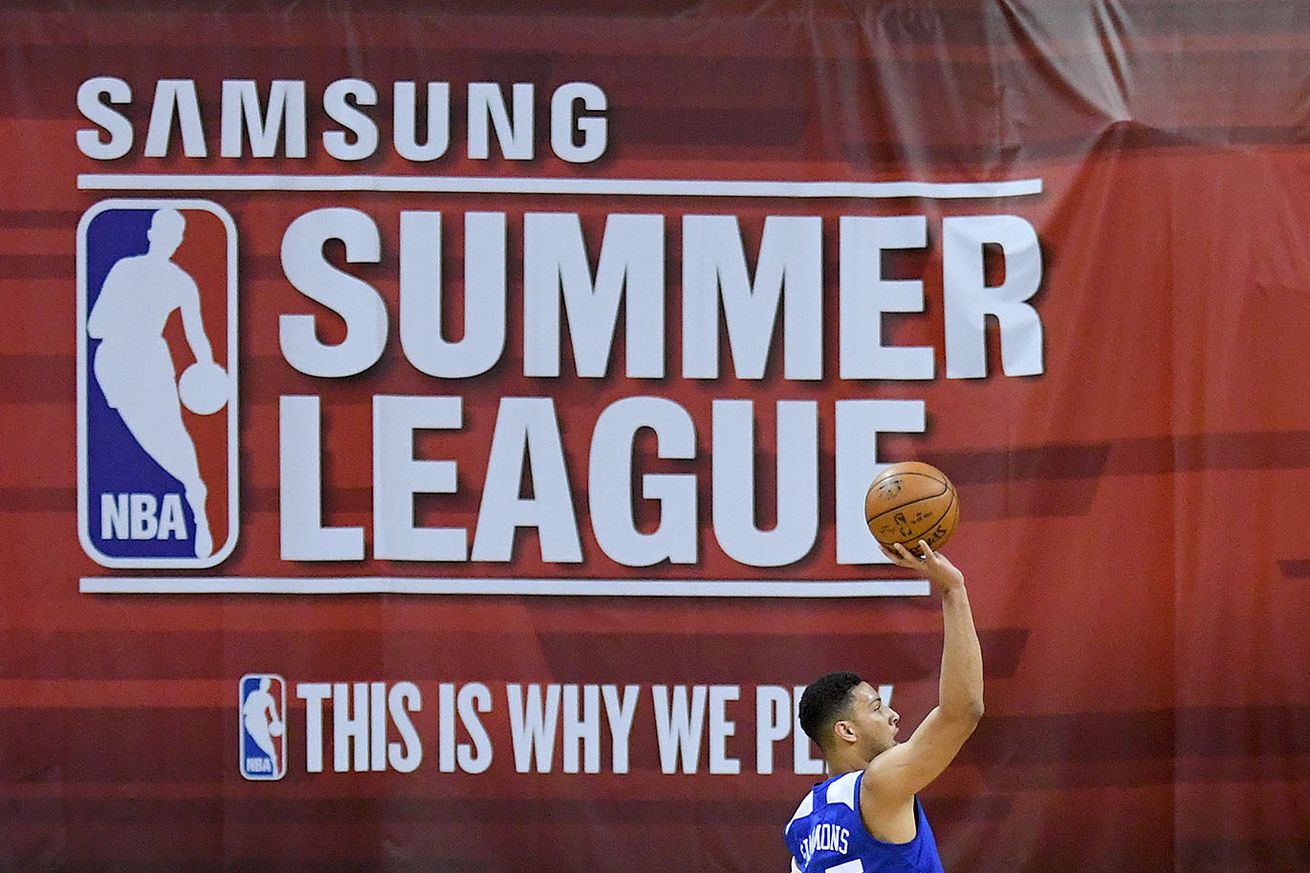 After taking off for the 4th of July, NBA Summer League play resumes in Utah with the Spurs taking on the Celtics at 6 pm CT followed by the 76ers and the Jazz at 8 pm CT. While Boston opened the 3-day round robin series with a 1 point victory over Philly, San Antonio struggled with poor shooting against Utah, losing by 13.

In their first game in Utah, the Celtics trailed by 7 at the end of the 3rd, before Jayson Tatum (21 pts, 7 rebs., 5 stls), the third overall pick in the 2017 draft, hit a winning 16-footer with 5 seconds to go in the game. Second year small forward Jaylen Brown led both teams in scoring and rebounding with 29 points and 13 boards, but also turnovers with 7. Boston’s roster includes three additional 2017 draftees Semi Ojeleye, Kadeem Allen and Jabari Bird plus another Summer League veteran in Demetrius Jackson.

The Spurs’ first round pick and 29th overall scored 13 points in his Summer League debut to lead the team. Look for White to unpack the full array of his offensive weaponry as he becomes more comfortable wearing silver and black.

Watch as Murray learns to throw his weight around, literally. With at least 5 pounds of new muscle in his upper body since the playoffs, last year’s 29th overall pick in the draft seeks to be a force on both sides of the ball.

Looking for that consistent stroke from 3. If he finds it…

Will this year’s 2nd round pick find the bottom of the net after going 0 for 8 in his debut?

This might be Livio’s best chance to show that he can really contribute to the Spurs’ 17-man roster. Can he create his own shot? What’s his range? Defense? Offensive Rebounding? Something needs to be above the mean.

Two overriding questions for the Summer League Spurs. First, and obviously, they must shoot above the dismal 30% from the field they put up in Game 1. Second, as against Utah, the Spurs will face a team whose lottery pick and experienced NBA player contributed significantly to victory. And, like Exum and Mitchell, Boston’s Brown and Tatum bring speed and athleticism which the Spurs had difficultly containing on Monday. For players looking for a role, finding ways to defend these players can only help.