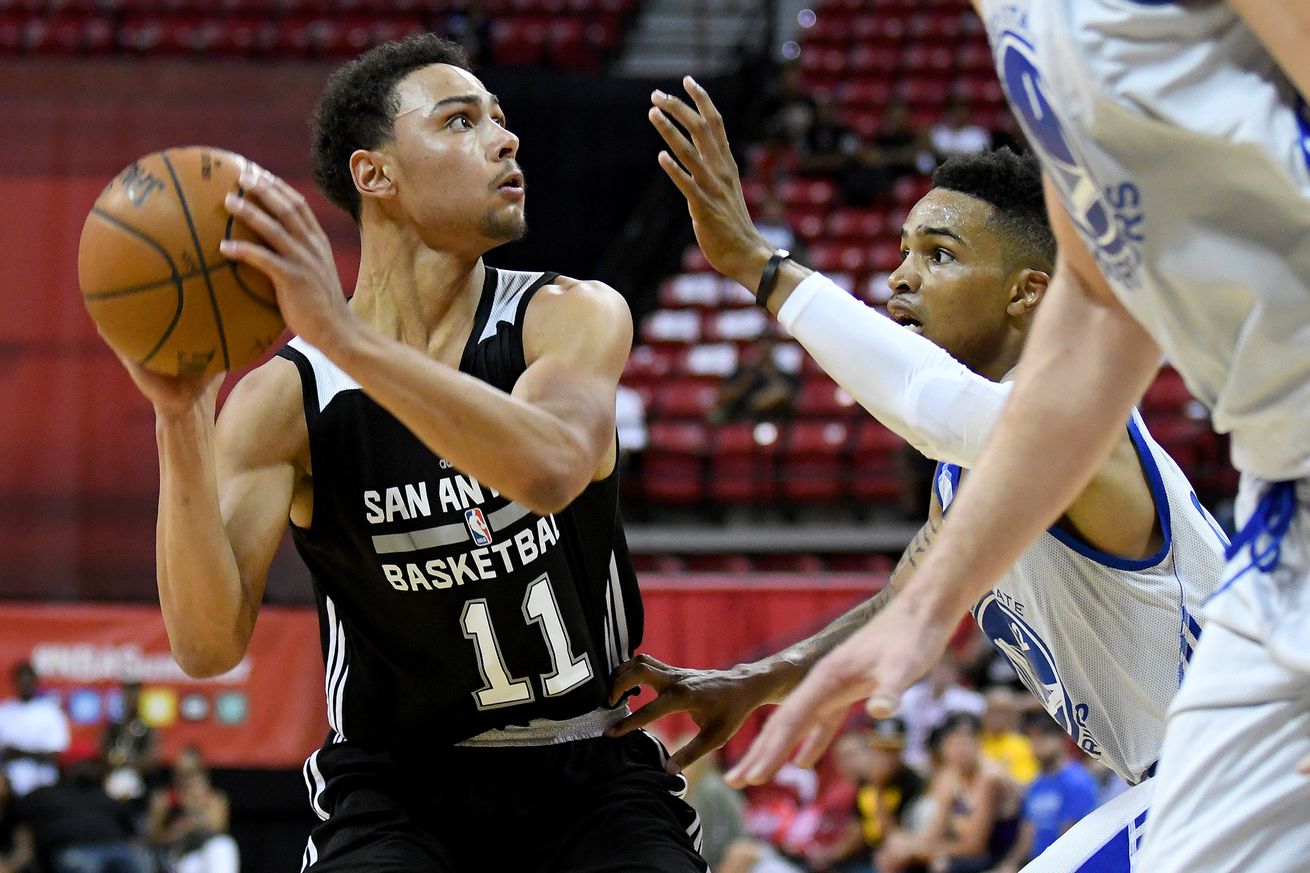 What are odds? Just three nights after losing to them 94 to 86 in Utah, the Summer Spurs face the 76ers in Vegas. Hopefully the Spurs can avoid the 23 turnovers they made in the first meeting which cancelled out the team’s best shooting night to date. San Antonio opened Vegas with a 75 to 74 loss the Miami Heat while Philly beat Golden State 95 to 93.

Once again, the Spurs will not face the NBA’s top draft pick Markelle Fultz. The 76ers rested the 6-4 point guard out of Washington in Utah, and he will not play Sunday night after suffering a sprained ankle in the second half of the Warrior game. However, Philly has received solid contributions from several other players including second round pick and 36th overall Jonah Bolden, second year players Alex Poythress and Timothé Luwawu-Cabarrot, and free agents Brandon Austin and Isaiah Miles. Miles, a 23-year-old, 6-7 small forward out of Saint Joseph’s, led Philly in scoring with 18 in Thursday’s game against the Spurs.

The Spurs’ first round pick and 29th overall is missing too many open shots that he’s capable of hitting. Appears to be playing with less assertiveness than in earlier games.

Still misses too many shots.

Forbes dropped another 18 on the Heat after leading the Utah League in scoring with an average of 21 points. Percentage from three needs to improve if he really wants to help the team when it counts.

This year’s 2nd round pick seems to go AWOL on occasion.

Can Whittington follow up on last night’s performance of 16 points on 5 of 8 shooting, 4 boards and 2 blocks, his best by far this summer?

Jefferson had another pretty good showing against the Heat. Can he play himself into a roster spot?

In two of the four summer league games, the Summer Spurs have squandered late game leads, against the 76ers and the Heat. While it’s difficult to assign cause or blame based on the small sampling, as well as the understanding that it is summer ball, no team wants the reputation as one unable to close out games. Against Philly, this team has an opportunity for a little redemption.