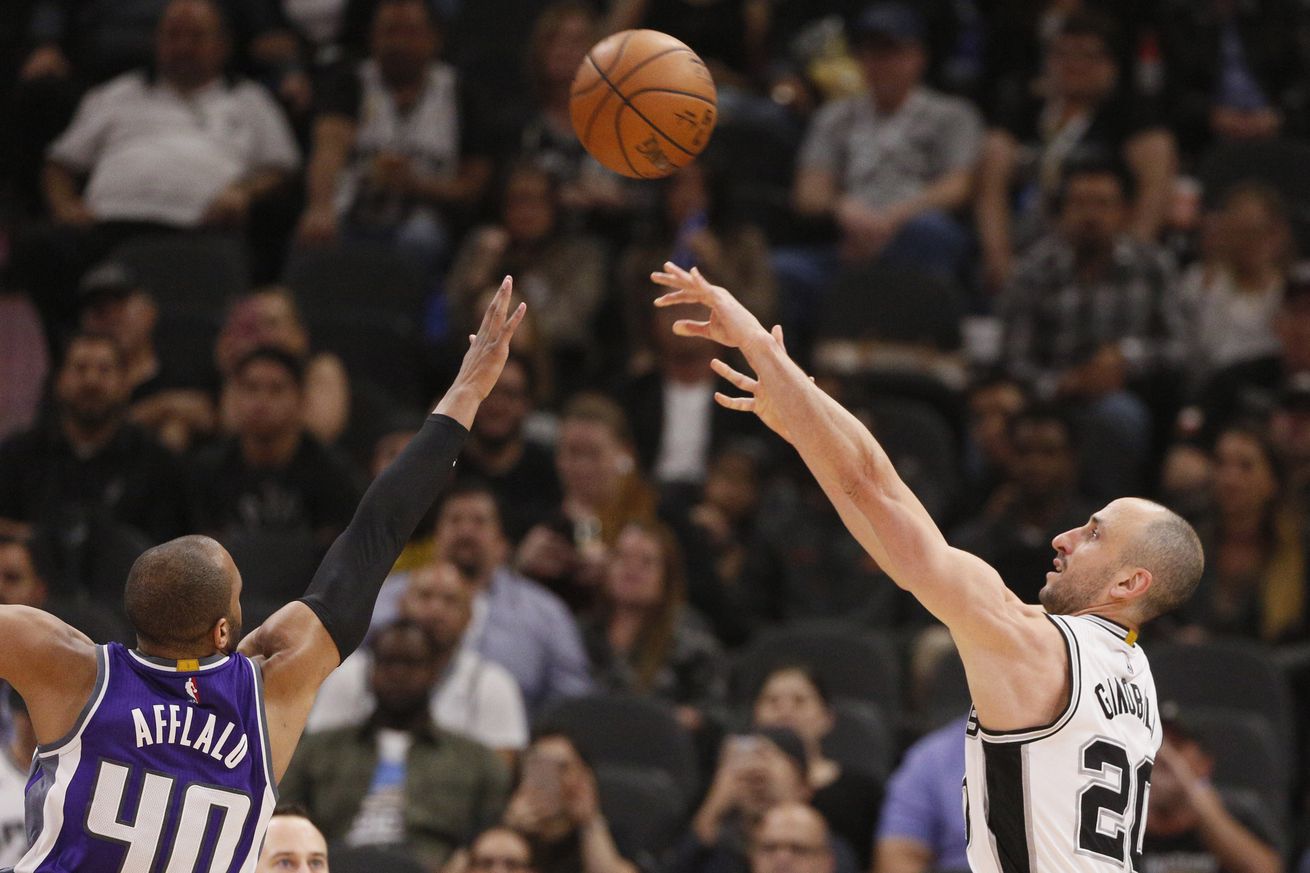 The Spurs look to avoid losing a third straight game, something they haven’t done all year.

Sometimes two games is all it takes to take the wind out of Spurs Nation’s sails.

After having a cup of coffee as the number one seed in the West, the team’s lost its last two — to the surging Blazers and always-tough Grizzlies — and could do with an easier matchup in order to regain some rhythm and get back on track.

Enter the Kings, losers of nine of their last 11, who the Spurs beat in Sacramento, 114-104, less than two weeks ago without Kawhi Leonard and LaMarcus Aldridge. That game will be best remembered for the Spurs’ incredible rally after being down 28 points, the largest come-from-behind victory of the Popovich era.

The Spurs should have both Aldridge and Leonard in this one, while the hero of that game for Sacramento (Tyreke Evans, who had a game-high 26 points), is among the players whose status is uncertain as we approach tip-off. As this is a SEGABABA, however, the usual rules apply for Pop potentially giving someone the night off.

San Antonio hasn’t looked sharp in its last two outings, but it’s also taken two terrific performances from its opponents to take those Ls. I think it’s safe to expect a stronger performance tonight against a short-handed, weaker team, in a game they should be able to dominate in most facets.