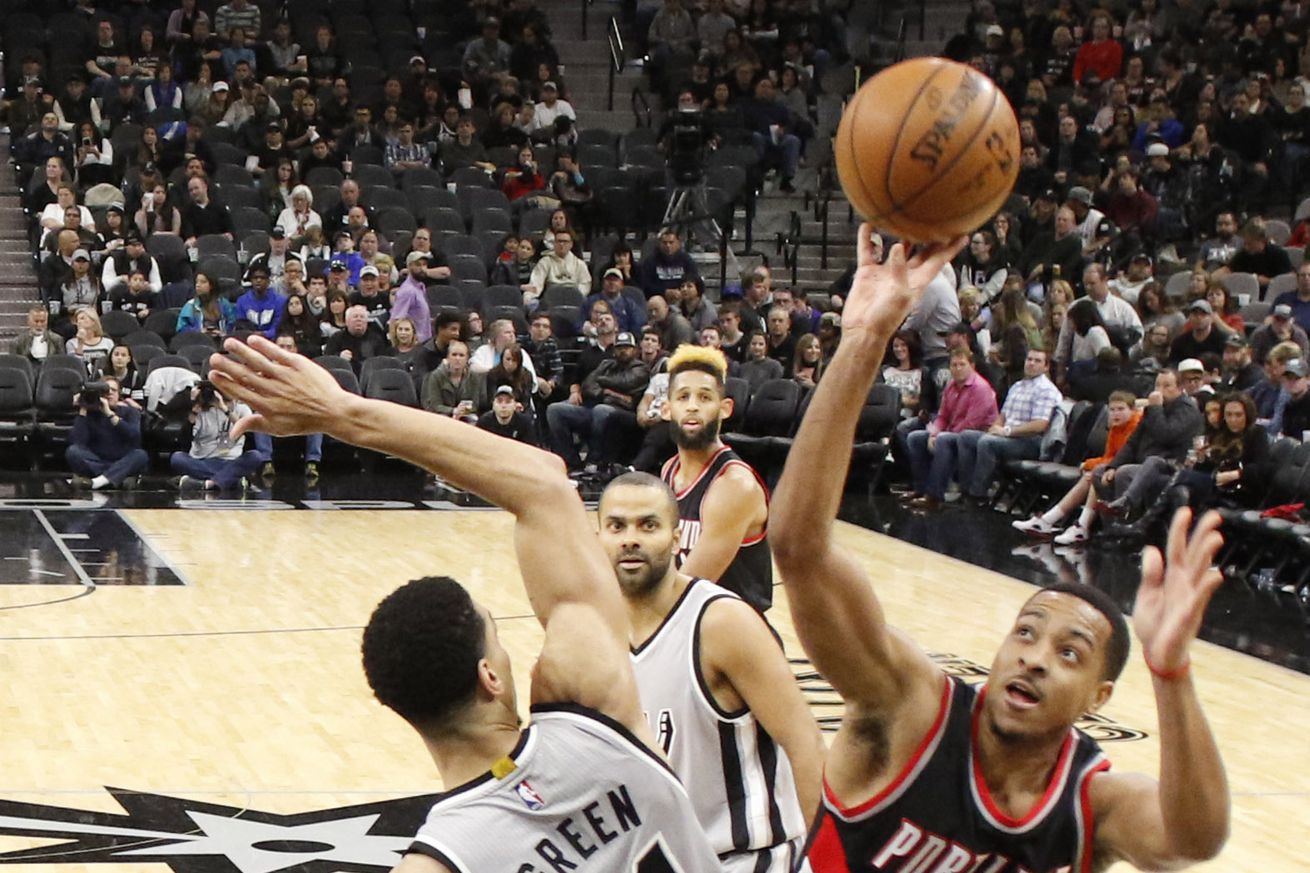 The Blazers want the eight seed. The Spurs want the one seed. Both are locked in races where every game counts from here on out.

We’re a month away from the playoffs and things are anything but set in stone. LaMarcus Aldridge’s status is still a mystery, the 8th seed is a four-way dog fight among sub-.500 teams, and I was legitimately following the score of a Warriors home game against the Sixers last night to see how it would affect the Spurs’ chances at the one seed. The 2016-17 season has been far from the foregone conclusion many expected heading in.

One offseason prediction that has looked more or less on point is that the Blazers would regret the $200+ million they spent over the summer, doubling down on a roster that somehow eked its way to the second round of last year’s playoffs. Injuries have added to their struggles, but this is a disappointing season for Portland no matter how you slice it.

There’s been one bright spot, however, which came out of the trade deadline. While also picking up a first-round pick in this year’s hyped draft from Denver, the Blazers may have also snagged their center of the future in Jusuf Nurkic. The team was so starved for a big man to balance their two-headed guard attack that that might be enough of a consolation in what could otherwise end up a lost season.

Buried in the Denver Nuggets’ crowded frontcourt and sent away along with a first-round pick in exchange for Mason Plumlee, Jusuf Nurkic has been reborn in Portland. The 2014 first-round pick already has a 28/20/8/6 game to his name since putting on a Blazers jersey and has given Portland help at the position they needed most.

Also, his dad can probably beat up your dad.

The Nuggets are 32-35 and currently in 8th, winners of three straight. After last night’s dispiriting loss at the Smoothie King Center, the Blazers are 29-37 and three games out of the final playoff spot. They’ve still won five of their last seven and there’s still a chance to catch Denver, who’s about to enter a tough part of its schedule, but it won’t be easy and will take them stealing games like tonight’s against San Antonio.

Pau is adjusting well to his bench role

Many had been calling for this move to happen in the season’s early months, but I can’t imagine as many expected it to go this well for a guy who’s spent the vast majority of his career as . The Spurs are playing the best defense they have all year (96.4 defensive rating since January 31st), and Pau has looked great checking in around the five-minute mark of the first quarter. Here are his numbers before and after:

The net rating isn’t a surprise, as the Spurs bench has consistently done better against opponents than the starters. Meanwhile Dewayne Dedmon has lost a bit of his luster as an advanced stats darling, sporting a -3.4 net rating since moving into the starting five. I still think this is the right direction for the team, and Pop has another month to further demonstrate that.