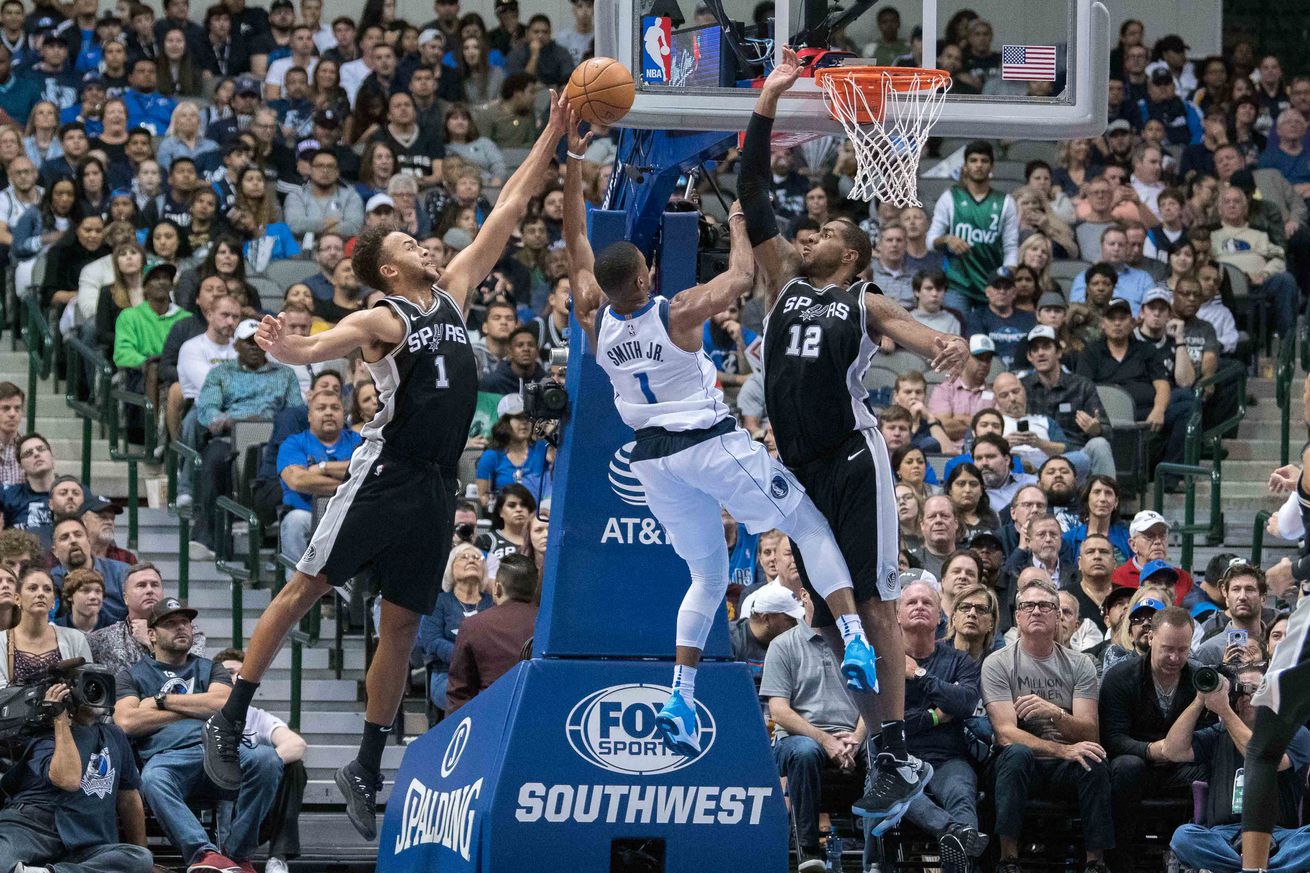 The Spurs—winners of 8 of last 10—look to keep it rolling against the Pelicans on Wednesday night.

Following an 11-point win against the Atlanta Hawks on Monday, the Spurs are back in action on the road at New Orleans, looking for their ninth win in the past 11 games. The Spurs are in good rhythm offensively right now, and the defense has continued to improve sans Kawhi Leonard. This is a dangerous team that is continuing to gain confidence without their All-NBA wing, and per usual, the sky is the limit if they continue to put an emphasis on getting stops and playing efficiently on offense.

Let’s see if they can keep it rolling against the Pelicans.

Beware of Boogie and the Brow

It seems obvious but the Spurs have their work cut out for them in the paint on Wednesday, as they face arguably two of the best big men in the NBA in Anthony Davis and DeMarcus Cousins. Cousins enters play leading the team in scoring at 26.6 points per game, but Davis isn’t too far behind, sitting at 25.8 points per game on the season.

It will be a group effort, as it always is with the Spurs, to get stops on the defensive end against this offensively dynamic duo down low. Using the guards to double the post, as well as encouraging the guards to be active on the glass, will be the key to slowing down the Pelicans’ offensive attack.

Playing it close to even in rebounding while forcing New Orleans to look elsewhere for offense will be the deciding factor in this basketball game. Plain and simple.

It’s no secret that the Pelicans were relying on the offensive prowess of Rajon Rondo to take their team to the next level when he was acquired over the summer. A team that looked quite promising throughout camp with two of the most skilled-big men in the league went haywire in early October when Rondo underwent surgery for a sports hernia that he developed in the preseason.

Recovery from the hernia surgery cost Rondo the first 13 games of the campaign, but he is back and ready to command the New Orleans offense as the team’s floor general. Rondo has seen a steady increase in minutes over his first four games back and is off to a modest start. He is averaging 5.8 points and 6.0 assists in 18.8 minutes per contest as he continues to work his way back to full conditioning.

The Spurs’ guards will need to disrupt Rondo in the half court game, while limiting his opportunities to put the Pelicans in transition offense situations. Rondo is most dangerous when he gets into a rhythm and gets his teammates involved, so working to make sure he is out of kilter will be something to watch from a game flow perspective as the contest progresses.