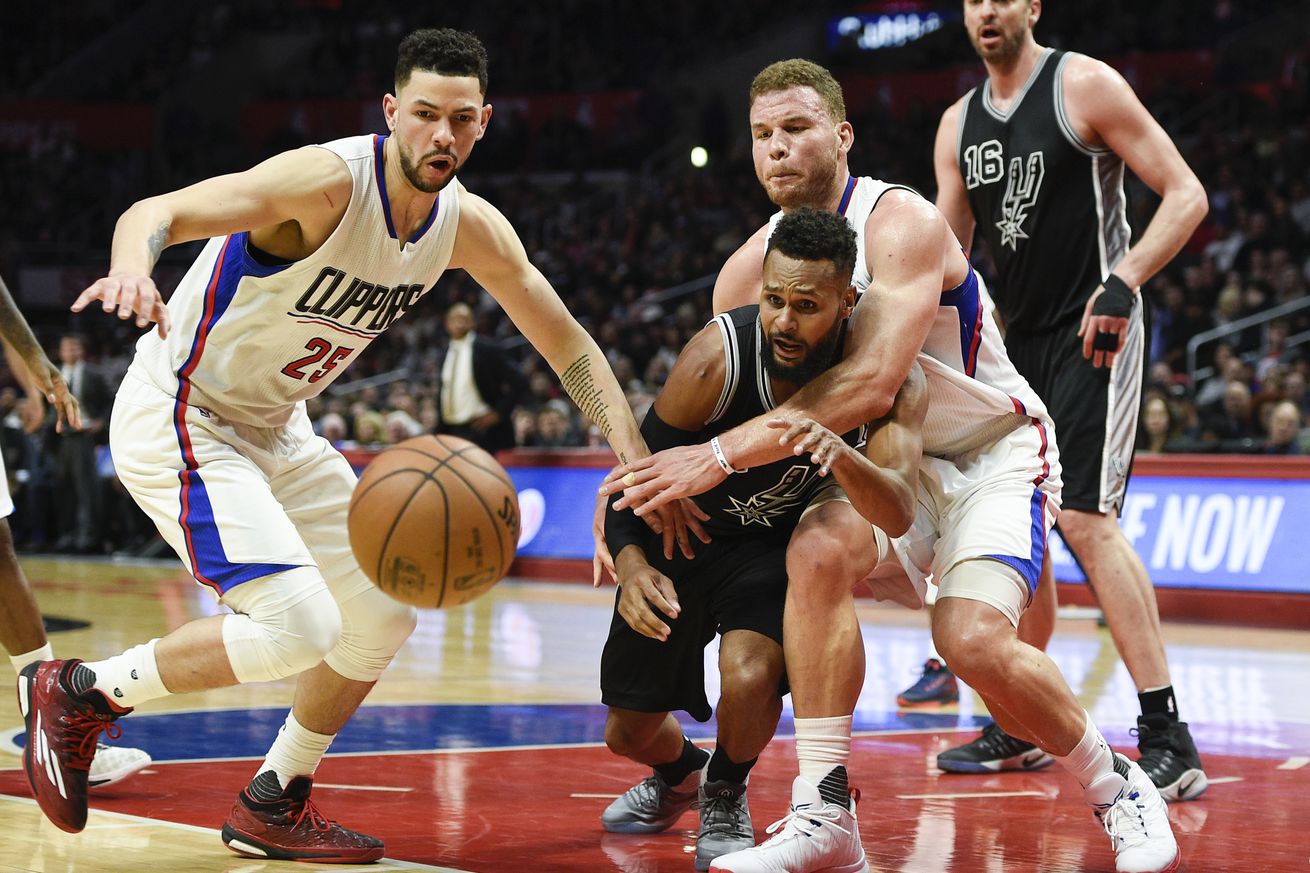 In their final home game of the regular season, the Spurs face the Clippers. Can the playoffs please start already?!

With three games left in the regular season, the Clippers trail the Jazz by one game in the loss column for the four seed. Tonight marks a pivotal matchup for LA that has great bearing upon whether or not they have homecourt advantage in the first round. The Spurs – or at least a fraction of them – will be the other team present on the court, in a game that could not possibly be less important to them.

If the two seed were more contested at the finish line, this would have had the makings of a great battle between two of the West’s best. Instead, we’ll probably see the likes of Bryn Forbes chase Chris Paul around the perimeter. The Spurs lacked the competition for the two seed in part because the Clippers underperformed. Their season hasn’t panned out as expected, which is surprising because things seem great on the periphery.

Their offense is hyper-efficient

Doc Rivers has built himself one of the most offensively potent rosters in the league. He has two of the most dynamic inside scorers in the game, several prolific shooters and the Point God. They are simply stacked. The numbers show that’s true – they are a top five team in three-point percentage, field goal percentage, offensive rating and points per game.

As great as their offense is, LAC has disappointed on the other end of the floor.

Their defense is mediocre

Prior to this season, the worst defensive rating posted by a Doc Rivers-led Clippers team was 105.5. This number has shot up to 108.5 this season, placing them at 16th in the league.

At first glance, this decline seems unprecedented. Their primary rim protector, DeAndre Jordan, has only missed one game this season. They are also stacked defensively at the guard position with Chris Paul, Raymond Felton and even JJ Redick who has certainly shown flashes throughout his career as an above-average defender.

However, this defensive drop-off is understandable because of some extenuating circumstances.

The Clippers have experienced more than their fair share of bad injury luck over the past few seasons. This year, eight of the 10 players in their playoff rotation have played 70+ games. That would be considered fortunate in most situations. The problem? The two that haven’t are Blake Griffin and Chris Paul, who have missed 21 games apiece. Even worse was the fact that the pair were, for the most part, inactive at different times – 32 of LAC’s 79 were without at least one of the two. With that sort of roster inconsistency from their two star players, it’s no surprise that the Clippers’ defense has been less than stellar. Once Austin Rivers returns from his hamstring injury in a few weeks, the Clippers will hopefully have a fully healthy postseason roster for the first time in years.

Matchup to watch: Dewayne Dedmon vs. DeAndre Jordan. If it feels like the Clippers have been a tough matchup for the Spurs over the past few years, you’d be right – they have handed the Silver and Black their two largest home losses since the 2013 season. Half of the problem is Chris Paul, who has scoffed at Pop’s defensive schemes for years and made me dread watching his pick-and-roll. The “roll” part is the other half of the problem.

DeAndre Jordan is an absolute monster against the Spurs, and has feasted upon their vertically-challenged big men for years. Since the 2014-15 season, Jordan has averaged an offensive rating of 121 and a defensive rating of 103 against San Antonio. That compares favorably with several all-time great big men. He is a matchup nightmare because of his intimidating defensive presence and limitless reach on alley-oop lobs. Dewayne Dedmon may finally be the Spurs’ answer to Doc Rivers’ athletic big. Dedmon hardly played against the Clippers in their first two games this season, but he could receive bigger minutes tonight as Pop opts to limit minutes on his older players.