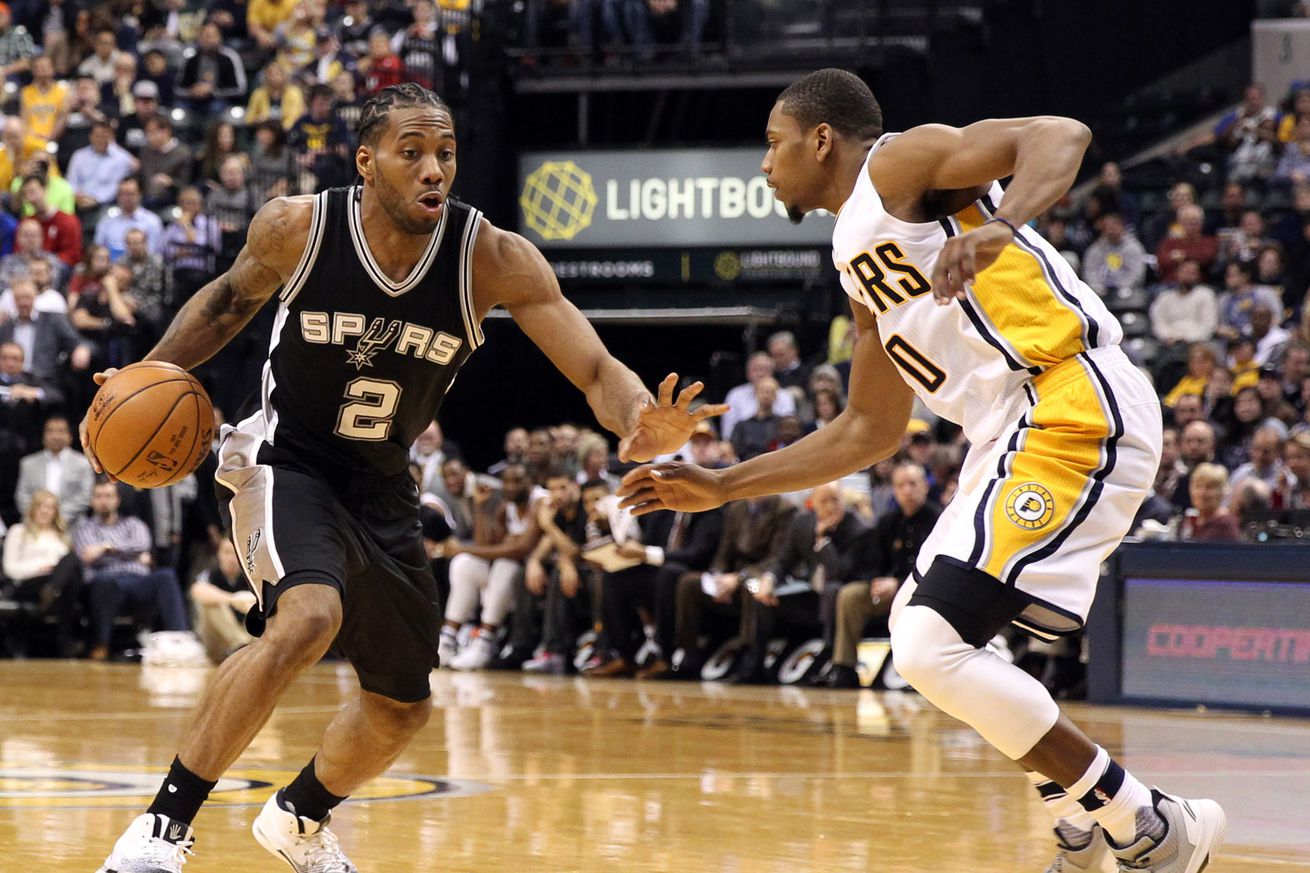 Following another successful Rodeo Road Trip, the Spurs return home to take on a talented, albeit enigmatic, Pacers team.

After going 6-2 over this year’s Rodeo Road Trip, the Spurs will be playing 12 of their next 16 games at home. They still hold a better record away this season (26-7) than they do at the AT&T Center (19-6), but that doesn’t mean they won’t enjoy a little home cooking over the next few weeks.

The visiting Pacers have the same amount of losses as their dysfunctional division rivals, the Bulls, which is pretty remarkable given how much people liked the talent and roster composition in Indiana heading into this season and all that’s gone on in Chicago this year. Indiana’s a bit of a weird team, as evidenced by their Monday night win in Houston, where they overcame an 18-2 first-quarter deficit and a poor shooting night from Paul George to defeat the Rockets. You can try to make sense of it all, or you can embrace the duality of man and hope the Spurs play well enough that it won’t matter which version of Indiana shows up.

Who may not show up tonight is Spurs point guard Tony Parker. The Wee Frenchman suffered a “big bump” in the Spurs’ win over the Lakers on Sunday and his status is up in the air as of this writing. That could mean another start for rookie Dejounte Murray, who would be in for a good challenge against Jeff Teague.

Parker’s absence would hurt, but the Spurs will be deeper in the frontcourt than they were when they won at Indiana a few weeks back. I think they’ll control the boards again in this one and find a way to get win number 46 tonight.

The Spurs have won their last two, with Pau Gasol back from injury, and they’ve come with the Spanish big man coming off the bench. Many of us have enjoyed what we’ve seen from Dewayne Dedmon, both as a reserve and starter, and the future Hall of Famer seems open to continuing with what’s working.

Asked Pau about coming off the bench. Said he’s keeping an open mind, wants to do what’s best to help #Spurs win pic.twitter.com/Qmcevzg1aF

That’s encouraging (but not all that surprising) to hear, and Parker’s injury may give Gregg Popovich further freedom to answer the question I’m most curious about: who is the ideal complement to the Spurs’ most effective four-man group?