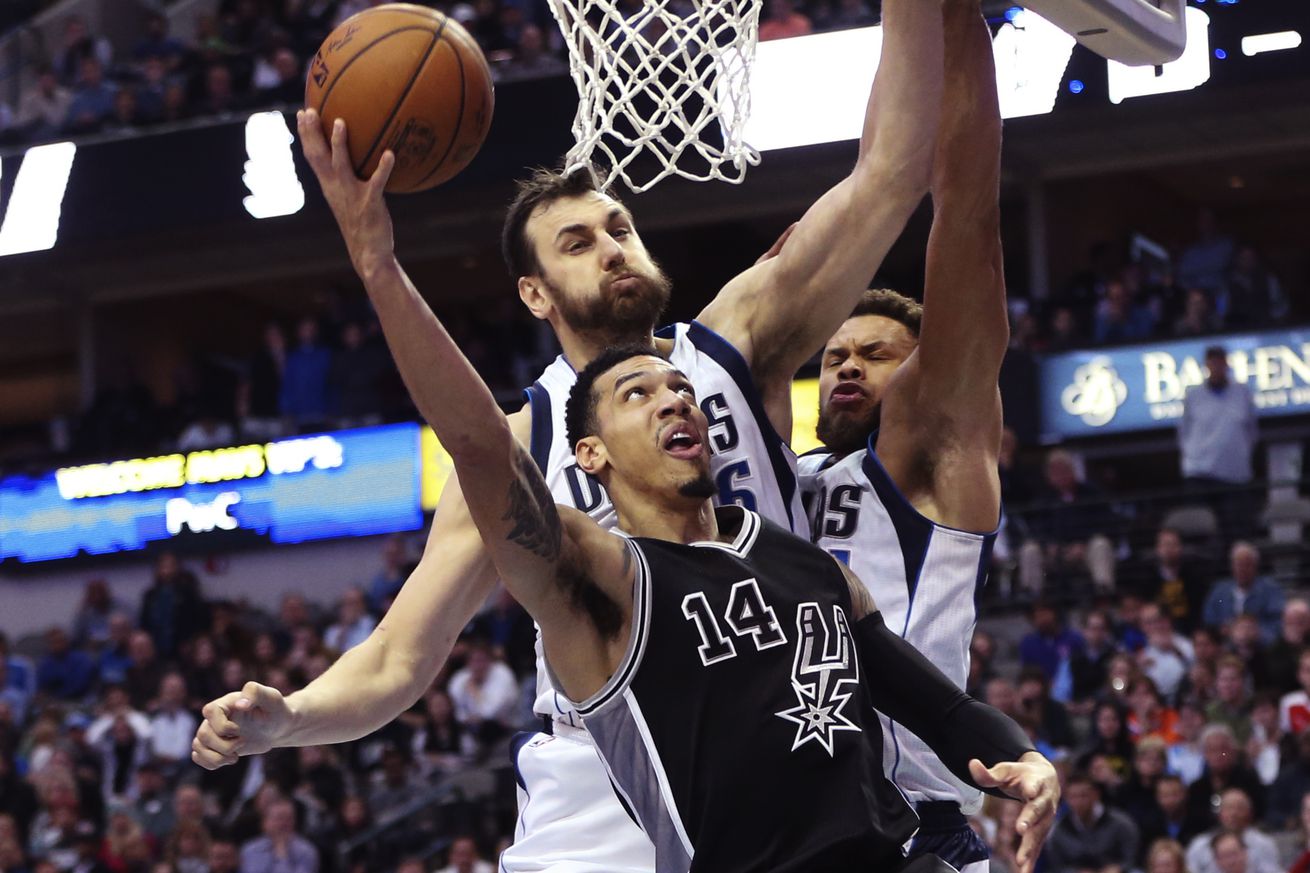 The Spurs will play four straight at home before beginning their annual Rodeo Road Trip. First up: their rivals of yesteryear, the Dallas Mavs.

You can either look at Friday’s New Orleans loss as concerning, or you can shrug, tip your cap and accept that some teams match up well against the Spurs and are poise to steal a game here and there (note: I missed the game, so I can’t do either).

Another team that raises its level of play against the Spurs are Rick Carlisle’s Mavs, who have given San Antonio two close calls this season despite being among the West’s bottom-feeders. Dirk Nowitzki has played only 20 games this year (and is expected to sit out this evening), and Carlisle has dealt with injuries up and down the roster.

Still, Dallas has played San Antonio to within 7 points in two low-scoring games this year. Carlisle is a member of the same Istari order of coaches as Extraneous G, which means things can get a little weird.

Enjoy home (while you can)

In Manu’s latest blog post, he broke down how many hours he figures were spent with ‘Ass on a Seat’ over San Antonio’s latest road trip. The Spurs can enjoy playing their next four games at home before jetting off again for the annual Rodeo Road Trip.

They’re not world-beaters, but Harrison Barnes and Wes Matthews have averaged 18.5 and 23 points per game, respectively, in their two meetings with the Spurs.