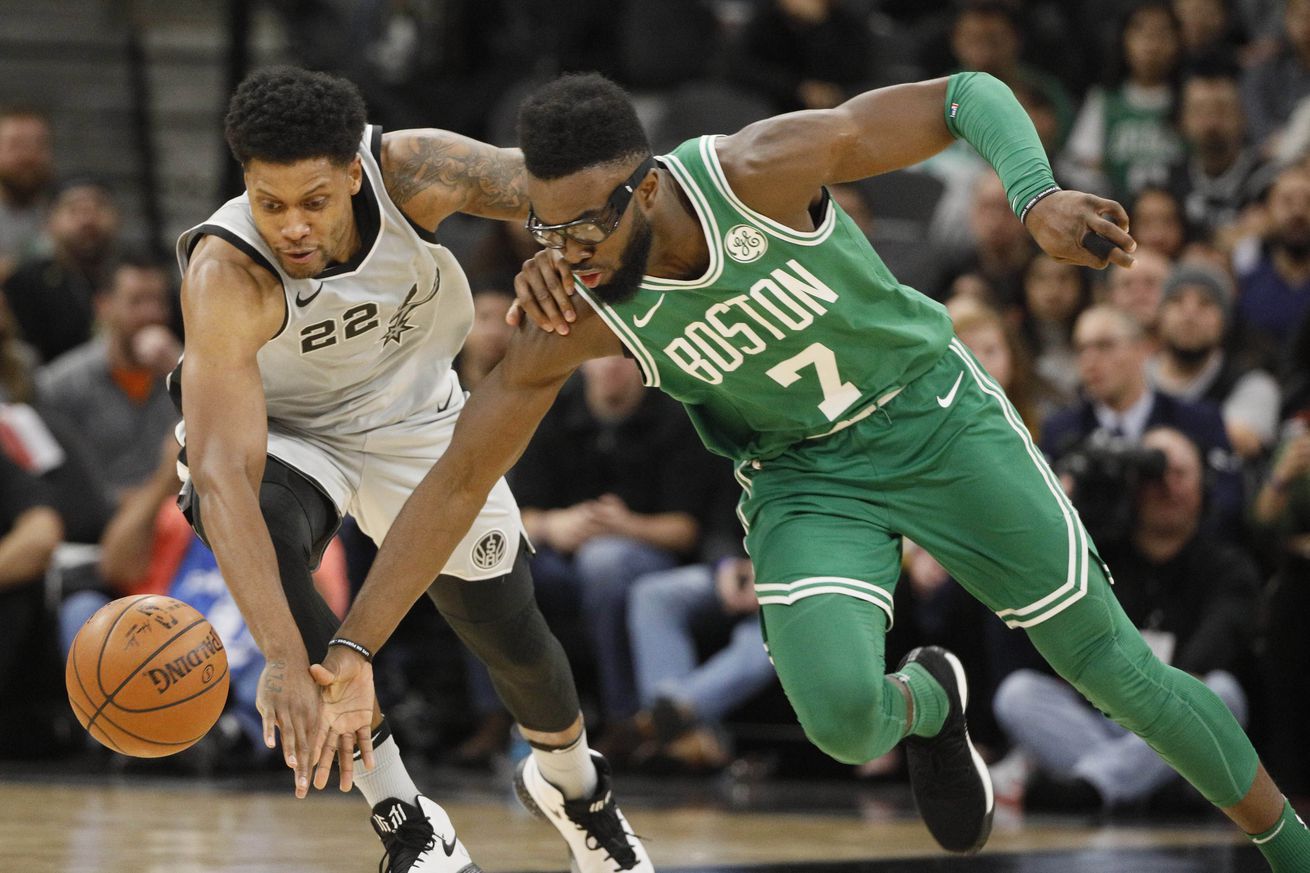 The Spurs look to celebrate the New Year early.

The San Antonio Spurs hope to continue their good momentum against the Boston Celtics. The tough back-to-back road trip resulted in a loss and a win, and the Silver and Black want to end the year continuing that positive trend and ring in New Year’s Eve with a win.

The Celtics have been struggling to find themselves this season, much like the Spurs have. Last season, their young players played beyond expectations after major injuries hurt their stars, Gordon Hayward and Kyrie Irving. Hayward has been coming off the bench and playing limited minutes as he and the team work on trying to return him to All-Star form, but it’s an open question whether he ever will get his quickness back.

While the Spurs have had a consistency problem while trying to find their identity and chemistry after losing years of “corporate knowledge” and injuries, the Celtics seem to have a different problem – merging too much talent into a cohesive whole. Finding playing time for all their players has thrown kinks into last year’s well-oiled green machine. Guys that last year played well together are often not sharing the court this season as Brad Stevens tries to find ways to re-incorporate Hayward and Irving. This type of problem leads to issues with trust, and communication (obstacles the Spurs are just starting to get past themselves).

On Saturday, the Spurs played an passable first half to keep themselves in the game against the Clippers and then came out after intermission and played great defense to close it out. LaMarcus Aldridge scored 22 of his 38 points in the first half, and Derrick White continued his red hot play from Denver to help put the game out of the Clippers’ reach in the second half. The Celtics had a similar game on Saturday in their tilt with the Memphis Grizzlies and overcame a 19 point first half deficit to pull out the win. Kyrie Irving gave an inspiring halftime speech that mobilized the team and they went on an 11-2 run in the 3rd, and Irving tallied 22 of his 26 points in the second half. Lockdown defense led to Memphis missing 15 of their first 16 shots of the 4th and Boston’s offense went on another 12-4 run to seal the game.

Focus on What Works

While the offense has been doing fine most of the season so far, the Spurs have seen some success recently with their defense. If they focus on that trend and keep the AT&T Center rockin’, they could pull out an impressive win. In the Celtics’ recent loss to the Milwaukee Bucks, Irving was held to 15 points by Eric Bledsoe, who hounded him defensively. So Derrick White and Bryn Forbes must keep Kyrie Irving, and also Marcus Smart, in check. A recurrence of White’s defensive harassment of the Nuggets and Clippers might be enough to put a possible Irving point explosion on ice. Expect Rudy Gay and Davis Bertans to tag team on Marcus Morris and Jayson Tatum. In a recent game against the Philadelphia 76ers, Tatum scored 23 points and held Jimmy Butler to 4 of 13. Hopefully the Spurs’ swarm defense mentality can keep Irving and Hayward from finding their hot teammates.

For the Celtics’ fans perspective, check out Celtics Blog.